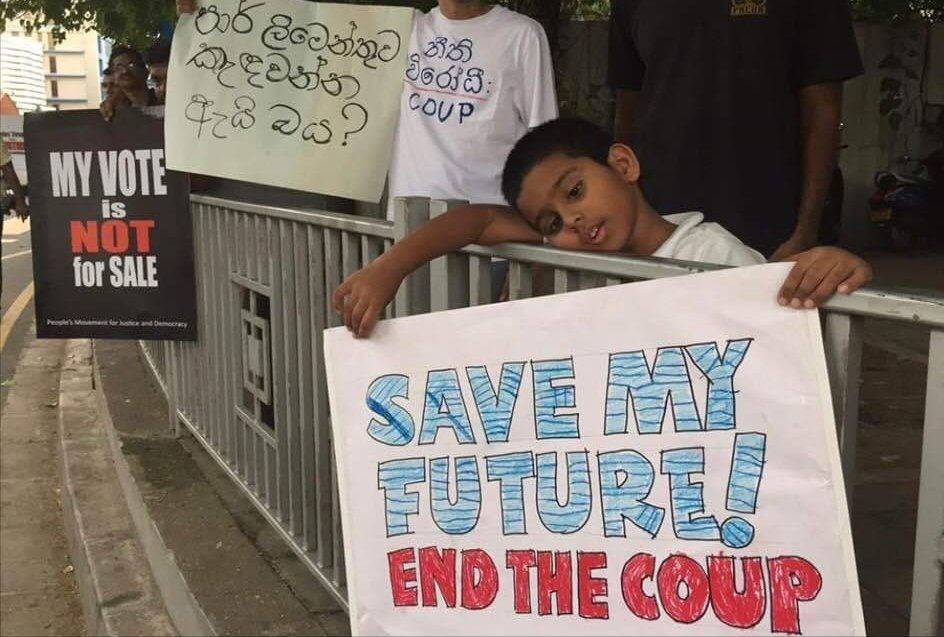 ECONOMYNEXT – Sri Lanka’s United National Front expects appoint Ranil Wickremesinghe to be re-appointed Prime Minister while their opponents said a decision will be taken tonight after the Supreme Court reversed a sacking of parliament by President Maithripala Sirisena.

“Sri Lanka has a strong democratic traditions, illegitimate acts by the executive or or parliament cannot be sustained over a long period of time,” Eran Wickremeratne, from the United National Party said.

“This is a victory for the people.”

Wickremeratne said he expected the President to re-appoint Wickremesinghe and form a government.

Deputy UNP leader Sajith Premadasa said Sri Lanka’s judiciary had shown its independence and served as an effective check on the executive.

The Supreme Court ruled that President Sirisena had no power to dissolve parliament until the lapse of 4.5 years as set out in an amendment to Sri Lanka’s constitution in 2015.

“The overall intention of the 19th amendment to reduce the power of the executive has been vindicated,” Jayampathy Wickremeratne, constitutional lawyer and UNP legilslator who helped draw up the amendment said.

Sri Lanka’s Court of Appeal has barred Rajapaksa from acting as Prime Minister in a separate decision.

“But there is no higher court for us to go to,” he said. “We will take a decision as a group.”

Another ally Dinesh Gunewardene, said Rajapaksa would take a decision on the future course of action tonight.

“The Supreme court gave a decision against us,” he said. “In the end people will decide whether there is a parliament or not. Our democracy is that we need election, UNP’s democracy is not to have elections.

Sri Lanka’s Marxist Janatha Vimukthi Peramuna said the current parliament had a limited life and it must take action to punish those involved in the coup.

Parliament must bring in a special law to punish those involved in this coup, he said. But enacting retrospective legislation is considered an illiberal act. (Colombo/Nov14/2018)