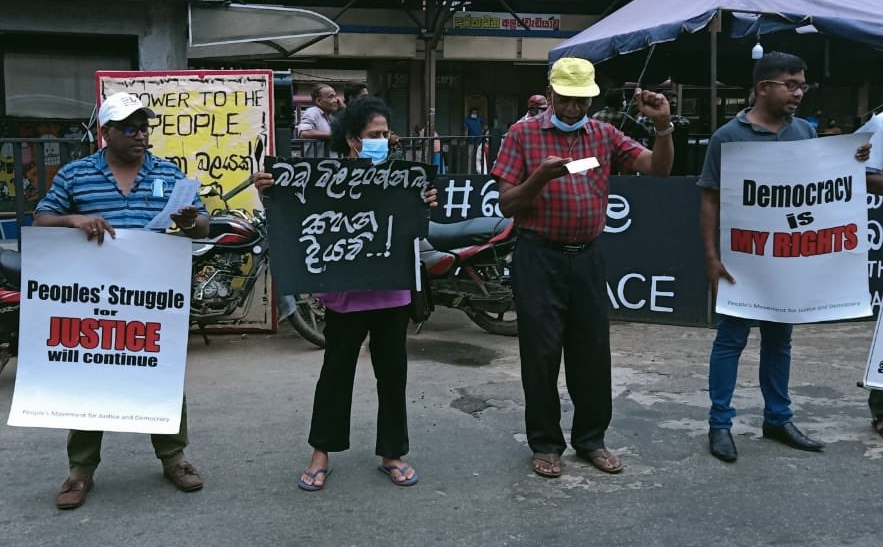 ECONOMYNEXT – Sri Lanka’s top corporates have issued statements about the ongoing economic crisis, with some expressing solidarity with mass protests taking place islandwide, with others calling for social, political, economic stability as the financial meltdown is precipitating a political crisis and social unrest.

John Keells Holdings (JKH), one of the largest conglomerates having businesses in hospitality, leisure, logistics, real estate, and consumer foods, said in a statement on Thursday (21) that it is gravely concerned about the current situation in the country and wants immediate measures to be taken.

JKH, one of the country’s top employers and dollar earners, called on the country’s leadership to take decisive action and heed to the people’s call for good governance and change to avoid unrest.

For Sri Lanka to rise from the current challenges, the company advises all the parties to come together to ensure social stability and pollical stability to avoid an economic catastrophe.

“We urge all key parties to reach consensus, within the construct of the constitution of the country and due process being followed, in respecting the will of the people.”

Other top business leaders and organisations have shared similar views.

Kasturi Chellaraja, Group CEO of Hemas Holdings, in a statement shared on her social media on Thursday said the company supports its staff’s freedom to non-violently express themselves and called on the government to take measures to set the country on a corruption-free path.

“We call upon our nation’s leaders to hear the cry of our people and come together to immediately undertake the necessary political and economic reforms and set our country on the right path, based on the principles of good governance, free of corruption and ethnic division,” she said.

Both Hemas and JKH had previously issued statements on April 04 regarding the wave of protests that have erupted across the country against the government of President Gotabaya Rajapaksa.

“The problem in the country today is the product of successive policy irregularities spanning a period of 70 years. In an ideal society, all sections of society should benefit from a benign policy regime which are essentially long term and hard to find. But we are optimistic that the right people have been put in the right positions to discuss these processing matters with the international funding agencies and bi-lateral partners, which is the need of the hour,” the conglomerate said in a statement on Friday (22).

Finding solutions to the crisis is going to be hard no matter what government is in charge, it said.

“Many countries are similarly facing these urgent challenges at the same time given the unprecedented post-pandemic recovery, while finding a solution to such persistent problems is not easy whatever government is in charge,” the statement said.

Urging all political forces to reach common ground and work together while shunning partisan views, the company said a stable government is a prerequisite for economic stability.

“It is the need fo the hour, to put the country first rather than to find political self-interest interfering with the emergence of a tractable solution,” it added.

Hospitality company Jetwing said in a statement that it has it expresses its concern at the events unfolding in Sri Lanka and effects the crisis has had on the economy, communities and individuals due to poor governance and near-sighted decisions.

“The people of Sri Lanka have long stood behind us and we stand with everyone who wishes to engage in peaceful protest and support the right to freedom of expression,” the company said.

“As an organisation that takes immense pride in contributing to the growth of our nation, we are saddened by the pain and hardship faced by its people. CBL remains committed to supporting Sri Lanka’s recovery and to dong our part to catalyze positive change,” it said.

Telecommunications giant Dialog Axiata, meanwhile, said it stands firmly behind the call for systemic change and a future enriched with elevated levels of good governance, transparency and an empowered meritocracy.

“We believe that with bold and responsible action today, our resilient nation will emerge stronger than ever before.

“We call on those who have the power and opportunity to solve the prevailing crisis, to act selflessly towards the achievement of this greater good – a progressive and stable future for Sri Lanka and its people,” it said.

Apparel exporter MAS Holdings said on Wednesday (20) that, given the ensuing events, the company reiterates the need for immediate and decisive action to resolve the current economic and social crisis, in a peaceful and sustainable manner.

“As a responsible organisation, we unconditionally support the call for change and good governance, and earnestly request the nation’s leaders to heed the voice of the people and act on it, whilst respecting legal and constitutional due process.” (Colombo/Apr23/2022) 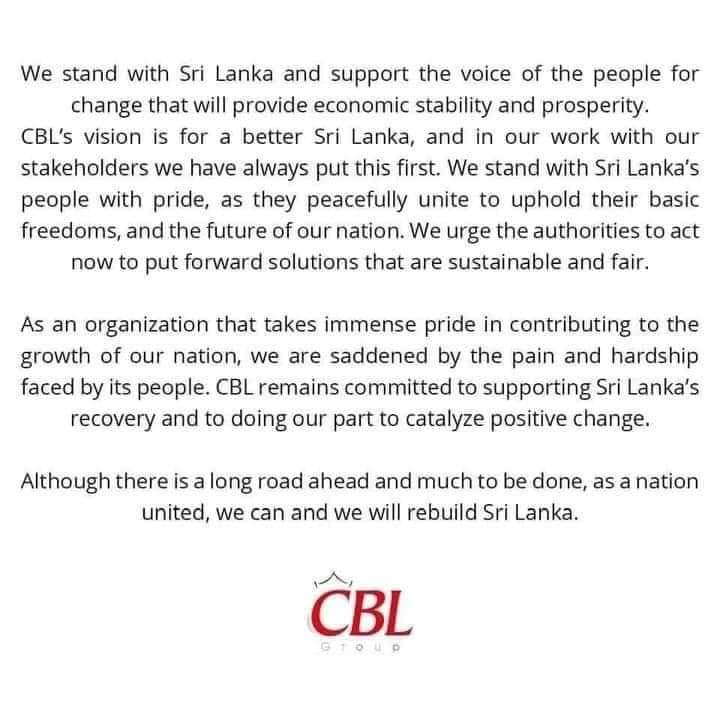 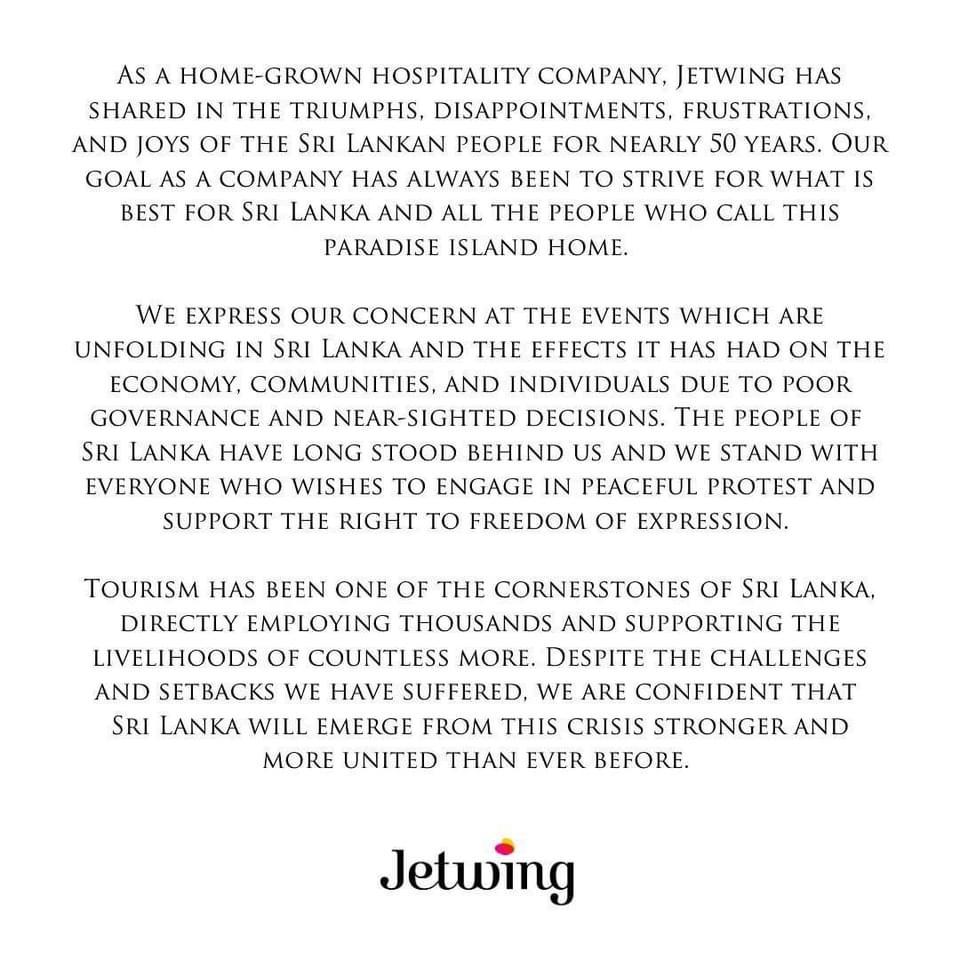