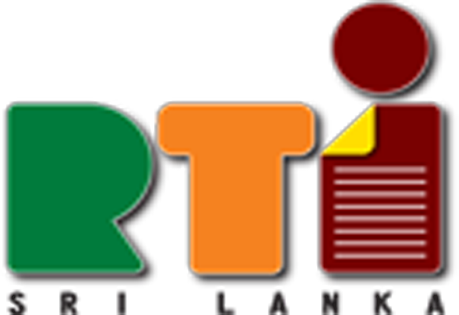 The International Day for the Universal Access to Information (also known as the World Right to Know Day) is observed every year on September 28. This provides Sri Lanka an opportunity to take stock of how its Right to Information (RTI) law is working.

It was in June 2016 that Sri Lanka became the 108th country in the world to pass a law that allows citizens to demand information from all governmental institutions. Indeed, RTI is one of the few promised political reforms that the national unity government fully implemented.

As citizens were able to file RTI applications from February 2017, we now have around 18 months of experiences in exercising this new right. As both a watcher and promoter of this process, I find we are headed in the right direction – even though the road to an open government is a bumpy one.

There still are detours and road blocks along the way which require careful navigation. RTI is a marathon, not a print where we need to sustain momentum and ensure that there would be no backsliding.

As a transaction between governments and citizens, RTI has both a ‘supply side’ and a ‘demand side’. For the over process to work, both sides need to be strengthened and synchronized.

As custodians of public information, the government is responsible for RTI’s supply side. This means several thousand ‘public authorities’ at central, provincial and local government levels have to comply with the RTI law. These include government ministries, departments, state corporations, other statutory bodies, provincial councils, local government bodies and courts.

Jagath Liyana Arachchi, a lawyer who has trained thousands of public officials and civil society activists on RTI, says RTI implementation has not led to a confrontation between citizens and officials as was initially feared. “Most public authorities have become RTI compliant, and are doing their best to meet citizens’ information requests – even though there are practical challenges of records management and archiving in many institutions.”

Some RTI activists say that despite various training programs and administrative circulars, gaps remain in public officials’ attitudes, capacity and readiness to respond when citizens ask for information.

Accustomed to decades of ‘closed government’, some officials are still trying to play hide-and-seek with RTI applications. Others follow the letter of the law but not its spirit.

For example, in April 2017 a reporter from a leading Sinhala daily filed an application with the Bureau of the Commissioner General of Rehabilitation asking for cumulative statistics on rehabilitated ex-LTTE combatants. The Commissioner General had called the reporter after two days demanding to know why this information was being sought (a seeker of information under RTI need not cite any reasons). Ultimately, the RTI Commission – set up under the Act to investigate appeals against noncompliance – ordered the official to release the information.

Up to 14 September 2018, the RTI Commission had received 951 appeals from persistent citizens who refused to take ‘No’ for an answer, its director general Piyatissa Ranasinghe told a media workshop last week. Of these, 690 had been investigated, and rulings given out on 420 appeals. In a vast majority of appeals (96 per cent), the Commission ordered full disclosure of information that was initially declined.

These rulings have sent a clear message to public authorities: RTI is not a choice but a legal imperative. They must fall in line — or face penalties specified in the law (to-date, however, the Commission has only admonished recalcitrant public officials but not punished them).

Sustained public pressure is vital to ensure that all public authorities comply with the RTI law. RTI is a process where citizens have to exercise their right – and government only responds. Experiences across Asia show that the more RTI is used by citizens, the sharper and stronger it becomes.

And Lankans from all walks of life are realizing RTI’s potential. Citizens who have been denied clear or any answers to their pressing problems – ranging from missing persons and land rights to state subsidies and school admissions – are using RTI as an additional tool to seek answers.

The Ministry of Mass Media, mandated by the RTI Act to promote RTI, says an average of around a thousand new RTI applications are filed across the country each month. Accumulated data is not yet available to determine how many of these applications succeed.

But RTI promoters agree that relative to our population size, we are off to a good start. Mathuri Purujoththaman, lawyers and former legal researcher at the RTI Commission notes: “The way ordinary citizens have opened up to and placed their faith in RTI and creatively used the process in the last 18 months has been truly encouraging and is an important reason for the success of the law. This creative thinking needs to be publicised since it serves as an encouragement for others to think out of the box and achieve victories — however small — as that is what will truly lead to good democratic governance.”

It is hard to assess the levels of public awareness on RTI without doing a large sample survey (apparently one is being planned). However, anecdotal evidence indicates that most Lankans have at least heard about RTI — even if many are not yet fully clear about the details or technicalities.

But much more needs to be done: citizens need to see RTI as a tool for solving their problems – both private and public grievances – and be motivated to file RTI applications. For this, they must overcome a historical deference towards government, and start demanding answers more vociferously.

Interestingly, hundreds of public servants have been filing RTIs themselves to seek information related to their employment – such as promotions, transfers and salary increments – that they cannot find out easily.

Among other notable users of RTI are some journalists and civil society activists who have been filing multiple applications in the public interest.

RTI use among journalists is still not widespread. Promisingly, some younger journalists have been producing impressive stories – on topics as varied as bungled disaster responses, mismanaged waste disposal projects, police brutality, and irregular public procurements – based on what they uncovered through RTI applications. Such investigative stories involve weeks or months of persistence and ground-truthing official information obtained via RTI.

Tharindu Jayawardena, a reporter with Lankadeepa Sinhala daily, has so far filed 300 RTI applications and has had responses to one third of them leading to multiple investigative stories. He has also won several appeals at the RTI Commission. Dileep Amuthan, working for the Uthayan newspaper in Jaffna, is another leading RTI user – and a regular appellant at the Commission.

RTI in Sri Lanka may not yet have opened the floodgates of public information, but the bureaucratic dams are slowly but surely being breached. But challenges remain.

A recent study by the Centre for Policy Alternatives (CPA) has identified dozens of such laws, some of which could limit the operation of RTI. “Greater openness and transparency in government requires the removal of legislative, administrative and other barriers which impact decision making on reactive and proactive information disclosure,” the report says. Report online: https://bit.ly/2xuzhTW

A baseline assessment commissioned by the World Bank in late 2017 probed the level of online proactive disclosure of all central government ministries through their websites. The assessment, done by Verite Research, found only a marginal level of compliance. Report online: https://bit.ly/2Dk617J

As we mark the RTI Week in Sri Lanka, those who seek openness and transparency in government have miles to go before they can sleep.