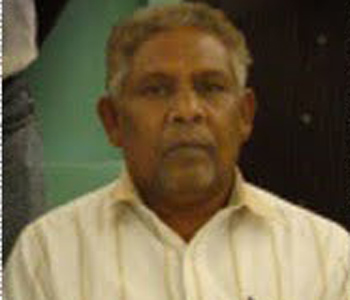 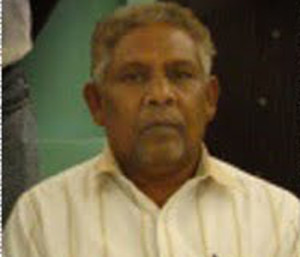 Asian Forum for Human Rights and Development (FORUM-ASIA) is deeply concerned over the news of the release of Nawshaad, one of the key suspects of the abduction and killing of human rights defender Mr. Pattani Razeek in Sri Lanka.
“We fear that the release of the key suspect may lead to interference of the evidence and witnesses, especially since the police have not made public the investigation results,” said the Bangkok based regional human rights group. It is widely speculated that Nawshaad may have been released due to influence from Minister Rishard Bathiudeen, with whom Nawshaad had admitted to be closely associated.
P. Razeek was disappeared on 11 February 2010. After much delay in the police investigation, his body was only found and exhumed on 29 July 2011 by the police in Kavathamunai, Oddamavadi, Valaichenai. P. Razeek was the Managing Trustee of the Community Trust Fund (CTF) and represented the CTF in the executive committee of FORUM-ASIA.
“This development is frustrating news on the eve of the first anniversary of the discovery of Razeek’s body,” said Yap Swee Seng, executive director of FORUM-ASIA.”While the only identified suspects are at large, Razeek’s family and lawyer have not been given access to the post-mortem report and DNA test report that have vital information on the truth behind his murder,” he added.
Razeek’s body was sent to Batticaloa Hospital on 28 July 2011 for post-mortem. The post-mortem was completed on 2 August 2011 with the body released to the family on the same day. Samples of Mr. Razeek’s teeth, skin, hair etc were taken by the Colombo Crimes Division and sent to the Gene Tech Lab for DNA testing on 4 August 2001. Mr. Razeek’s son, Riskhan supplied blood to the Gene Tech Lab on 8 August 2011. Stomach samples from Mr. Razeek’s body were sent to the Government Analyst on 5 August 2011.
“There have been continuous demands from Razeek’s family and human rights groups inside and outside Sri Lanka for the arrest and interrogation of others who are linked to this heinous abduction and killing. Instead, both key suspects have now been released, which reflects badly on the commitment of the Sri Lankan authorities to tackle impunity in serious human rights abuses especially when it is politically-linked,” said Yap.
Human rights groups demand more to be called in for the investigation in the case. “The police should also investigate Irshard, the Parliamentary Secretary to Minister Rishard Bathiudeen, who stated publicly in October 2010 that Razeek was held by the Defence Ministry, the persons travelling in the vehicle with another key suspect Musdeen, in which Razeek was abducted, and the persons travelling with suspect Nowshaadh, who admitted to meeting with Razeek in Polonnaruwa on the day that he disappeared.”
Human rights groups also urge the police to investigate the possible involvement of Minister Bathiudeen as the key suspect Nowshaadh had revealed that on the day that he met Razeek before his disappearance, he was travelling together with several others in a vehicle belonging to the Resettlement Ministry, of which Bathiudeen was the Minister of Resettlement during the time Razeek was abducted.
A Statement issued by the FORUM ASIA
Share
Facebook
Twitter
WhatsApp
Pinterest
Email