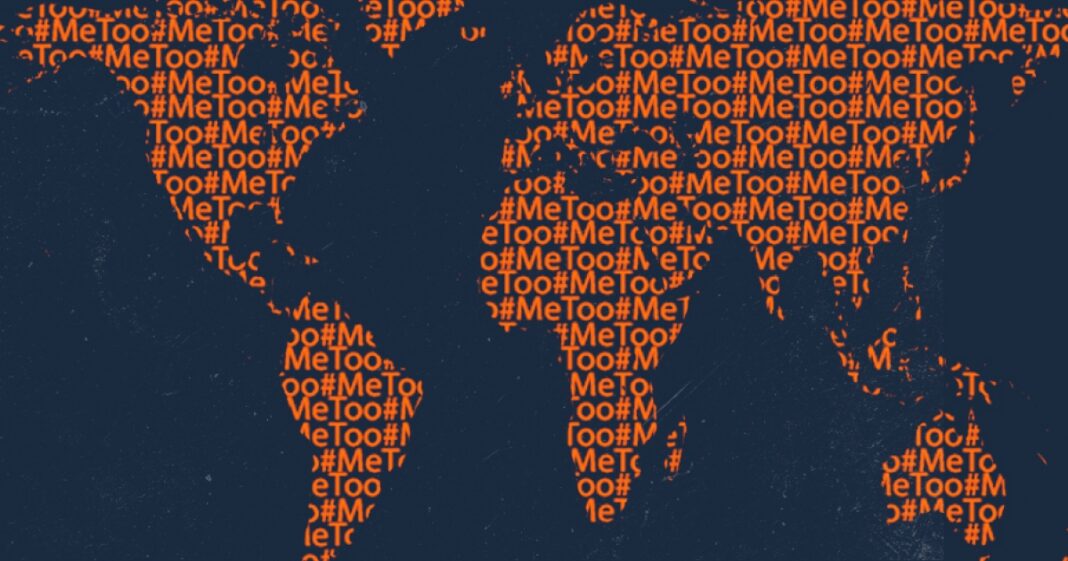 Unlike the 2019 movement, women journalists put out specific details of perpetrators and the charges include sexual harassment and rape threats.
A flurry of sexual harassment allegations from Sri Lankan journalists this week has brought the country’s media industry in sharp focus, with many, especially women, calling for urgent reform of newsrooms.

Identifying with the global #Metoo campaign, women journalists took to Twitter and recalled incidents in their newsrooms, where they said male colleagues sexually harassed them, including with rape threats. While similar allegations surfaced on social media in 2019 in Sri Lanka, the recent accounts included some specific details of the men accused of harassment, although the women stopped short of naming them.

In a Twitter thread on June 18, journalist Aisha Nazim compiled distressing accounts shared by many women, of facing sexual harassment from male colleagues and bosses, in various Sri Lankan media outlets. Currently on a study break abroad, Ms. Nazim said her Twitter action was driven by the desire to put out the stories in public. “Especially since many of these perpetrators are still out there, in prominent positions, and can often be seen bullying young women online,” she told The Hindu.

A section of Sri Lankan media reported on the development, when a Cabinet spokesman, responding to a question at the weekly press briefing, said the government would investigate the allegations made, that also included state-run media.

Colombo-based portal Roar.lk ran an editorial calling for a “top-down change” of culture within Sri Lanka’s media industry. “If there was ever a time for industry-wide introspection and dismantling of informal structures that allow abuse of power within newsrooms, it is now,” it said, calling for formal structures and mechanisms, for all involved parties “to be heard, afforded fair inquiry, and adequate redressal.”

Mandana Ismail Abeywickrema, Editor of The Sunday Morning weekend newspaper, said change must begin within newsrooms. “We have told our staff that the paper takes the issue very seriously, and that they should feel free to raise any concern without fear. We also hope to have regular discussions with our teams on what in their view constitutes sexual harassment, and what action they think would be appropriate, so that we can collectively come up with an organisational policy,” she said.

Call for a stern response

A strong anti-sexual harassment policy is one of the outcomes those like Ms. Nazim, who flagged the issue, are also hoping for. “It is very important that media houses put policies and systems in place, so that such incidents do not occur in future. We are talking to colleagues in other parts of the world, including India, and looking at laws and policies there, while we evolve our own in Sri Lanka,” she said.

At present, Sri Lanka has only a criminal law to address sexual harassment. A person found guilty may be imprisoned for upto five years, or fined, or both, and may have to pay compensation.

However, the criminal law is rarely used, according to Ermiza Tegal, lawyer with a practice in human rights and addressing gender-based violence. “Accessing justice, particularly on gender-based violence, is a harrowing experience for victims,” she told The Hindu, citing examples of complaints not being recorded, victims being ridiculed, intimidated, and threatened, a failure to initiate legal proceedings, lengthy court cases, continued exposure to the alleged perpetrator and possible reprisal because of prolonged court cases, and procedures such as in-person identification parades. Further, the demands on finances and time, not only of the victim but also of her support system, if she has one, also dissuades survivors from seeking justice.

“I think we need to remind ourselves that criminal laws are not the only laws that we need,” Ms. Tegal said, pointing to other laws, policies and services required in providing support and protection to the aggrieved.

Meanwhile, responses to past grievances that have come to light must be guided by what the women who shared their accounts want, in Ms. Tegal’s view. “Asking for their consent and giving them control over their own narrative is important. Public disclosure about a grievance can be for many reasons. In these cases, it is often also to break the silence about pain that has been privately endured for many years,” she said, adding some survivors experience “relief and release”, by asserting that they were wronged.

“If they want legal acknowledgement of violence or harassment, this must be supported, but given the legal system, the personal costs to survivors are often high. Which is also why in the past perpetrators have preferred the narrow path of legal victories and defeats,” the lawyer noted.

Ultimately, addressing a “pervasive, systemic and institutionalised” problem such as sexual harassment, requires a focus on social change, acknowledgement from leaders, institutions, and professional bodies that a real problem exists, she said, so that practical and sensitive mechanisms for redress and support for victims are put in place.