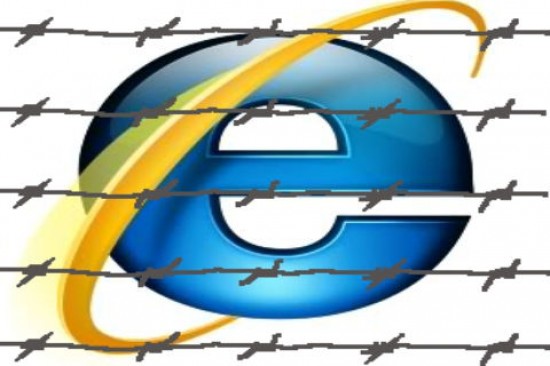 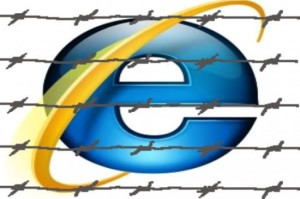 “Countries at Risk: As part of its analysis, Freedom House identified a number of important countries that are seen as particularly vulnerable to deterioration in the coming 12 months: Azerbaijan, Libya, Malaysia, Pakistan, Russia, Rwanda, and Sri Lanka” – Report

Washington DC: Brutal attacks against bloggers, politically motivated surveillance, proactive manipulation of web content, and restrictive laws regulating speech online are among the diverse threats to internet freedom emerging over the past two years, according to a new study released today by Freedom House.
Despite these threats, Freedom on the Net 2012: A Global Assessment of Internet and Digital Media found that increased pushback by civil society, technology companies, and independent courts resulted in several notable victories.

Threats diverse
“The findings clearly show that threats to internet freedom are becoming more diverse. As authoritarian rulers see that blocked websites and high-profile arrests draw local and international condemnation, they are turning to murkier—but no less dangerous—methods for controlling online conversations,” said Sanja Kelly, project director for Freedom on the Net at Freedom House.

Seeking to control
The battle over internet freedom comes at a time when nearly one third of the world’s population has used the internet. Governments are responding to the increased influence of the new medium by seeking to control online activity, restricting the free flow of information, and otherwise infringing on the rights of users. The methods of control are becoming more sophisticated, and tactics previously evident in only the most repressive environments—such as governments instigating deliberate connection disruptions or hiring armies of paid commentators to manipulate online discussions—are appearing in a wider set of countries.
Freedom on the Net 2012, which identifies key trends in internet freedom in 47 countries, evaluates each country based on barriers to access, limits on content, and violations of user rights.

Estonia most free
The study found that Estonia had the greatest degree of internet freedom among the countries examined, while the United States ranked second. Iran, Cuba, and China received the lowest scores in the analysis. Eleven other countries received a ranking of Not Free, including Belarus, Saudi Arabia, Uzbekistan, and Thailand. A total of 20 of the 47 countries examined experienced a negative trajectory in internet freedom since January 2011, with Bahrain, Pakistan, and Ethiopia registering the greatest declines.
Several downgrades, particularly in the Middle East, reflected intensified censorship, arrests, and violence against bloggers as the authorities sought to quell public calls for reform. In Saudi Arabia, Ethiopia, Uzbekistan, and China, authorities imposed new restrictions after observing the key role that social media played in the uprisings in Egypt and Tunisia.

Tunisia and Burma most improved
At the same time, 14 countries registered a positive trajectory, with Tunisia and Burma experiencing the largest improvements following dramatic political openings. The remaining gains occurred almost exclusively in democracies, highlighting the crucial importance of broader institutions of democratic governance in upholding internet freedom.
Sri Lanka at risk
Countries at Risk: As part of its analysis, Freedom House identified a number of important countries that are seen as particularly vulnerable to deterioration in the coming 12 months: Azerbaijan, Libya, Malaysia, Pakistan, Russia, Rwanda, and Sri Lanka.

Key Trends
* New laws restrict free speech: In 19 of the 47 countries examined, new laws or directives have been passed since January 2011 that either restrict online speech, violate user privacy, or punish individuals who post content deemed objectionable or undesirable.

* Bloggers and ordinary users increasingly face arrest for political speech on the web: In 26 of the 47 countries, including several democratic states, at least one blogger or ICT user was arrested for content posted online or sent via text message.

* Physical attacks against government critics are intensifying: In 19 of the 47 countries assessed, a blogger or internet user was tortured, disappeared, beaten, or brutally assaulted as a result of their online posts. In five countries, an activist or citizen journalist was killed in retribution for posting information that exposed human rights abuses.

* Paid commentators, hijacking attacks are proliferating: The phenomenon of paid pro-government commentators has spread over the past two years from a small set of countries to 14 of the 47 countries examined. Meanwhile, government critics faced politically motivated cyberattacks in 19 of the countries covered.

* Surveillance is increasing, with few checks on abuse: In 12 of the 47 countries examined, a new law or directive disproportionately enhanced surveillance or restricted user anonymity. In authoritarian countries, surveillance often targets government critics, while in middle-performing countries, safeguards for user rights and oversight procedures are lagging far behind governments’ technical capacities and legal powers, leading to abuse.

* Citizen push back is yielding results: A significant uptick in civic activism related to internet freedom, alongside important court decisions, has produced notable victories in a wide set of countries. Advocacy campaigns, mass demonstrations, website blackouts, and constitutional court decisions have resulted in censorship plans being shelved, harmful legislation being overturned, and jailed activists being released. In 23 of the 47 countries assessed, at least one such victory occurred.

CHINA
* China: China is home to the world’s largest population of internet users, but also the most advanced system of controls—one that has become even more restrictive. In 2011, the authorities abducted dozens of activists and bloggers, holding them incommunicado for weeks and sentencing several to prison. The government also tightened controls over popular domestic microblogging platforms, pressuring key firms to more stringently censor political content and to register their users’ real names. Meanwhile, China’s influence as an incubator for sophisticated restrictions was felt across the globe, with governments such as Belarus, Uzbekistan, and Iran using China as a model for their own new internet controls.

IRAN
* Iran: The Iranian authorities used more nuanced tactics in a continued campaign against internet freedom that began after disputed elections in 2009. These tactics included: upgrading content filtering technology, hacking digital certificates to undermine user privacy, and moving closer to establishing a National Internet. Iranian judicial authorities also meted out some of the harshest sentences in the world for online activities, including imposing the death penalty on three bloggers and IT professionals.

RUSSIA
*Russia: The internet is the last relatively uncensored platform for public debate in Russia. However, since January 2011, massive distributed denial-of-service (DDoS) attacks and smear campaigns to discredit online activists have intensified. After online tools played a critical role in galvanizing massive anti-government protests that began in December 2011, the Kremlin signaled its intention to further tighten control over internet communications.

PAKISTAN
* Pakistan: Disconcerting recent developments in Pakistan include a ban on encryption and virtual private networks (VPNs), a death sentence imposed for transmitting allegedly blasphemous content via text message, and a one-day block on all mobile phone networks in Balochistan province. Several other initiatives to increase censorship—including a plan to filter text messages by keyword and a proposal to develop a nationwide internet firewall—were officially shelved in response to civil society advocacy campaigns, although some suspect that the government is still working on them behind closed doors.

EGYPT
*Egypt: The Supreme Council of the Armed Forces (SCAF) maintained many of its predecessor’s tactics of internet control, while intensifying others. Mobile phones, the internet, and social media remained under vigorous surveillance, bandwidth speeds were throttled during specific events, and SCAF-affiliated commentators manipulated online discussions. Several activists and bloggers were intimidated, beaten, shot at, or tried in military courts for “insulting the military power” or “disturbing social peace.” Despite recent elections, the future trajectory of internet freedom in Egypt remains precarious and uncertain.

UNITED STATES
*United States: Internet access in the United States remains open and fairly free compared with the rest of the world. Courts have consistently held that prohibitions against government regulation of speech apply to material published on the internet, but the government’s surveillance powers are cause for some concern. In early 2012, campaigns by civil society and technology companies helped to halt passage of the Stop Online Piracy Act (SOPA) and the Protect IP Act (PIPA), which were criticized for their potentially negative effects on free speech.

AZERBAIJAN
*Azerbaijan: As the host of the Internet Governance Forum (IGF) in November 2012, the government of Azerbaijan has been eager to promote itself as a leader of ICT innovation, but has also slightly increased restrictions on internet freedom. Rather than significantly censoring online content, the government has employed tactics such as raiding cybercafes to gather information on user identities, arresting politically active netizens on trumped-up charges, and harassing activists and their family members. In a worrisome development, the authorities ramped up their surveillance capabilities of mobile phones in early 2012.
LS