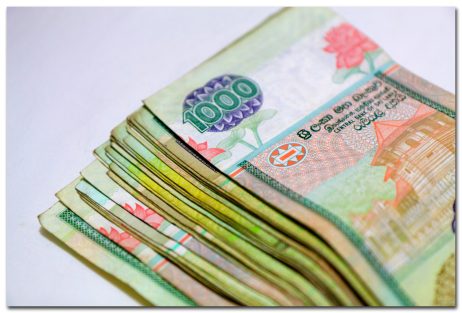 Once again, the country is forced to seek a bailout from the IMF – with all the costs and benefits that entails.

The ongoing economic crisis in Sri Lanka is one of the worst that the world has seen in recent times. The island nation has an unprecedented inflation rate reaching as high as 69.8 percent in September 2022.

Sri Lanka has been facing a host of macroeconomic issues, which eventually snowballed into a humanitarian disaster in early 2022. Several mismanaged political moves – such as the election-induced tax cuts in 2019 or the sudden switch to organic farming in 2021 – combined with the repeated use of external credit to mitigate Balance of Payments (BOP) crises and the COVID-induced downfall of the tourism sector combined to result in today’s massive crisis. The long lines at fuel stations across the country, civil protests ousting first the sitting prime minister and then the president, and the unavailability of necessary commodities like medicines and milk powder give a mere glimpse into the tremendous economic mess the country has run into.

Against this background, while countries such as India, Bangladesh, Japan and China have provided financial assistance and other aid to Sri Lanka in the last few months, the island nation was able to reach a preliminary agreement with the IMF for a 48-month Extended Fund Facility (EEF) of $2.9 billion. The IMF loan is intended to restore macroeconomic stability and debt sustainability, to unlock the growth potential in the economy. While safeguarding Sri Lanka’s financial stability and stepping up the structural reforms that are crucial to address corruption issues in the country, the IMF facility also aims to aid the poor and vulnerable, who are disproportionately affected by the pandemic and the ensuing economic crisis.

Sri Lanka has had a bittersweet relationship with the IMF in the past. It has gone to the IMF for bailout five times since 2000, not counting the current EFF program, for a grand total of $4.9 billion in approved funds (although not all the money was disbursed in the end).

There is no denying that IMF bailouts are the most unfavorable option for any economy. The IMF conditionalities are often difficult to keep up with and could build added pressures on the domestic economy, as seen in Sri Lanka in the last decade. Given internal issues that have ranged from the constitutional crisis in October 2018 to multiple monsoon failures that threatened agricultural productivity in the last decade, the economy couldn’t keep the IMF stipulated budget deficits at around 5 percent of GDP, and also failed to achieve no significant improvement in exports or economic growth. Between 2015 and 2019, Sri Lanka’s government revenue contracted from 14.1 percent to 12.6 percent of GDP, and the growth rate slumped from 5 percent to 2.9 percent.

Nevertheless, it was important for the country’s administration to fathom the depth of the current economic crisis and the consequences it could have. Sri Lanka’s lack of pragmatism with the IMF in the earlier stages of the crisis made things worse and reduced its options to avert this meltdown. In fact, former Finance Minister Basil Rajapaksa, who was instrumental in negotiating the Indian relief package to Sri Lanka, was removed from his position days before his scheduled trip to the United States for discussions on a possible bailout package with the IMF in April 2022.

The recent IMF agreement requires debt restructuring with all external and private creditors. Although the country is eyeing a December 2022 deadline for the bailout, the debt relief measures throw this timeline into doubt. Japan has been endowed with the responsibility of holding talks with Sri Lanka’s major bilateral creditors such as India and China. However, the diplomatic coldness between India and China, along with China’s hidden loans and Belt and Road Initiative (BRI) ambitions in Sri Lanka, might dampen the debt restructuring process.

As Sri Lanka and the world were getting ready to recover from the pandemic’s macroeconomic impacts, the Russia-Ukraine war has added fresh wounds to the island nation. Not only has the conflict deteriorated Sri Lanka’s tourist revenues from Russians and Eastern Europeans, who previously visited the country every year in large numbers, but it has also resulted in serious energy and food security concerns from soaring fuel prices and disrupted food supply chains. Considering this, although the IMF program is moving out of its previous deadlock, swifter actions on this seems to be imperative in the Sri Lankan economy’s recovery process.