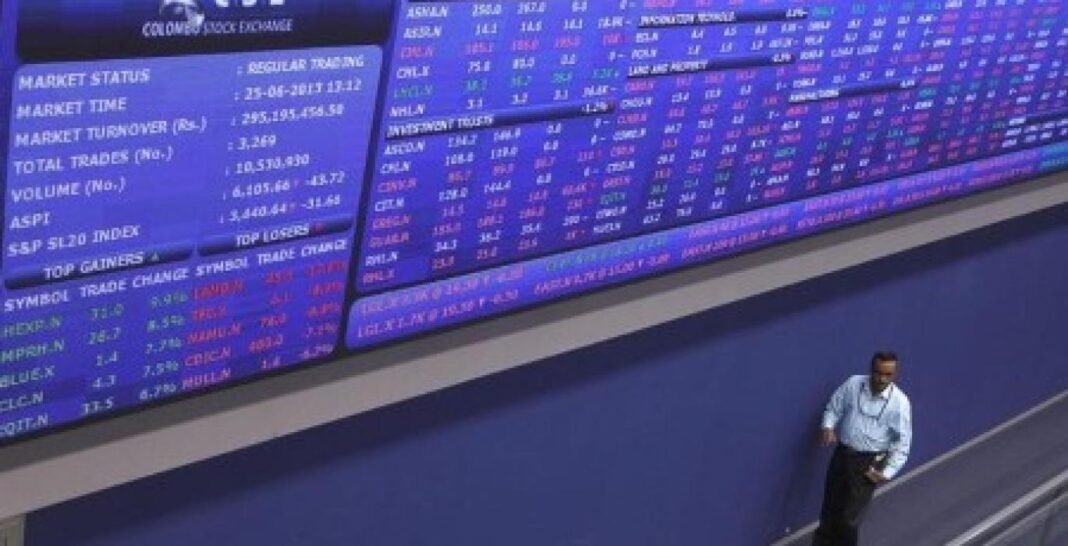 Sri Lanka’s government bonds tumbled on Tuesday as warnings that the country was at increasing risk of default continued to mount after a turbulent couple of weeks for Colombo.

By Marc Jones and Tom Arnold.

LONDON, Feb 9 (Reuters) – Sri Lanka’s government bonds tumbled on Tuesday as warnings that the country was at increasing risk of default continued to mount after a turbulent couple of weeks for Colombo.

Sri Lanka’s bonds due for repayment between 2022 and 2028 fell around 2 cents on the dollar, leaving those maturing beyond 2025 US85227SAQ93=TE at roughly 60 cents or 40% below their face value and a level that signifies rising default fears.

The government’s failure to extend a $400 billion currency swap line with India last week and an apparent lack of appetite for a new deal with the International Monetary Fund has renewed worries its finances may not cover its upcoming debt bills.

Sri Lanka’s FX reserves excluding gold stood at just $5.2 billion at the end of December. Analysts at Morgan Stanley calculate it faces $4.6 billion worth of bond redemptions this year alone plus another $500 million payment in January 2022.

“Based on where current Sri Lankan bonds are trading, it would appear that markets are clearly factoring in the probability of maturity extension as well as the possibility of lowering of coupon rates,” Morgan Stanley said.
Sri Lanka’s central bank has repeatedly said it will make all it bond payments. Any delay or changes are usually classed as a default in the eyes of credit rating agencies.

Though investors didn’t seem to pricing in an actual writedown of the original bond loan, something known as a ‘haircut’ in banker speak, that could still need to happen too Morgan Stanley added.

“We still don’t think that a large principal haircut would be needed – in fact just enough to offset the rise in leverage on the back of FX depreciation”.

All the tell-tale crisis signs have been building over the last year: a tumbling currency, credit rating downgrades, debt-to-GDP levels nearing 100% and almost 70% of government revenues being spent on interest payments alone.

A couple of things that could help Colombo are a touted $1.5 billion currency swap line with China to offset the loss of the India one.

It could also gain breathing space if the IMF gets the green light later this month to increase its Special Drawing Rights (SDR) that govern how much of its money governments can tap.

An overall $500 billion SDR increase is being discussed for the IMF which could result in a $609 million allocation for Sri Lanka, Morgan Stanley estimated.

“Sri Lanka can probably muddle through for the time being but they need external support.”