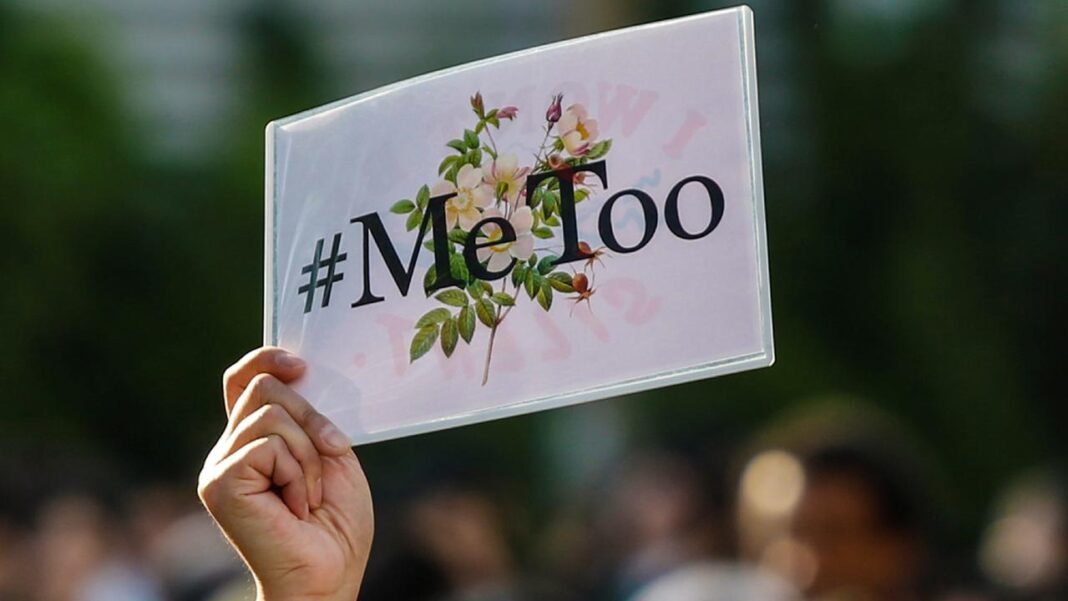 Government orders probe into sexual harassment in media after a string of allegations from female newsroom staff.

Sri Lanka’s government has ordered an investigation into sexual harassment in the media after a string of #MeToo allegations from female newsroom staff.

The flood of claims began after journalist Sarah Kellapatha tweeted last week that a male colleague had threatened to rape her while working at an unnamed newspaper from 2010-17.

“It was almost impossible for any female to wear a dress to work, without having to endure salacious remarks from male colleagues about their legs and bodies in general, or they would utter a loud ‘sexy’ whenever they felt like it,” Kellapatha said.

She said she had “blocked [the rape threat] from my mind for YEARS, as a coping mechanism, until one day, I remembered it and broke down in tears”. 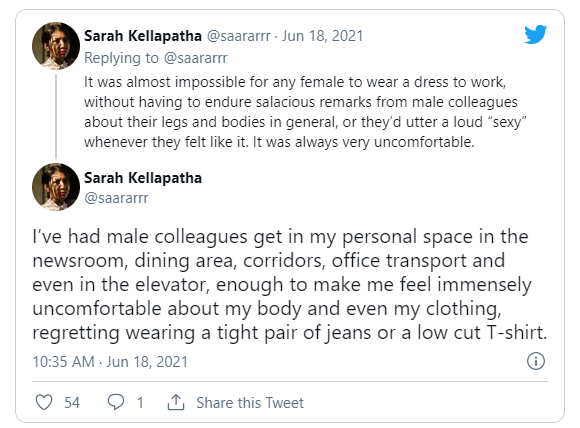 Other women journalists have since taken to Twitter in a campaign reminiscent of the #MeToo movement that began in the United States in 2017 when sex offender Harvey Weinstein’s crimes emerged.

Journalist Sahla Ilham said she was sexually abused by a “famous editor” at a now-defunct paper who had pressured her family to keep quiet.

“I have been silent for too long, now I have to add what happened to me, as well,” Ilham said. 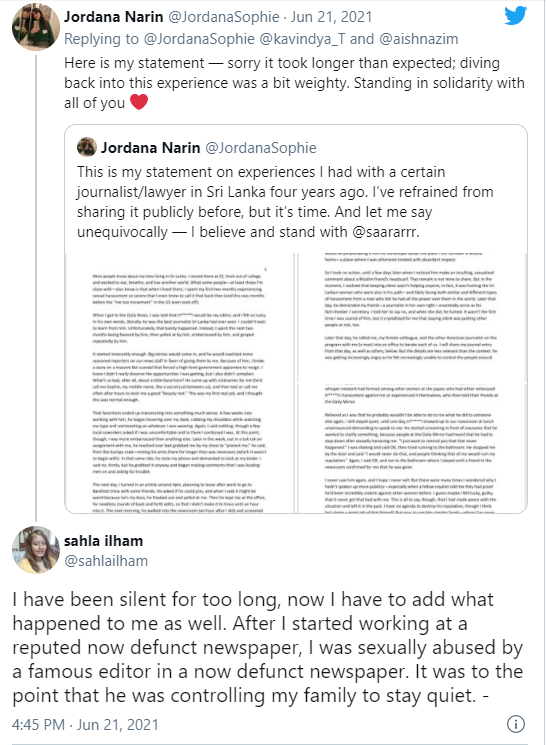 US journalist Jordana Narin, who had been an intern at a Sri Lankan newspaper, said a senior colleague had subjected her to a campaign of sexual harassment before the chief editor forced him to resign.

“[He] was the best journalist Sri Lanka had ever seen. I couldn’t wait to learn from him … Instead, I spent the next two months being favoured by him, then yelled at by him, embarrassed by him, and groped repeatedly by him,” Narin said.

Another, Kavindya Thennakoon, hailed women for speaking up about “predatory men”, describing how a senior colleague tried to kiss her against her will.

Dharisha Bastians, former editor of the Sunday Observer, called the allegations “disturbing, agonising, and all too familiar”.

“Solidarity with women journalists for the courage to speak out about what has been happening in #SriLanka newsrooms for too long,” she said.

“Past time for accountability, critical reflection & change to make editorials safer. #MeToo,” she said on Twitter.

Government spokesman and Minister of Mass Media Keheliya Rambukwella said he had asked the Government Information Department to investigate and ensure women journalists could work in a safe environment.

“We will take the sternest action possible,” Rambukwella told reporters in Colombo. “We will not hesitate to take appropriate action.”

He said he had already ordered the director-general of the Information Department to launch an investigation into the allegations made on social media.