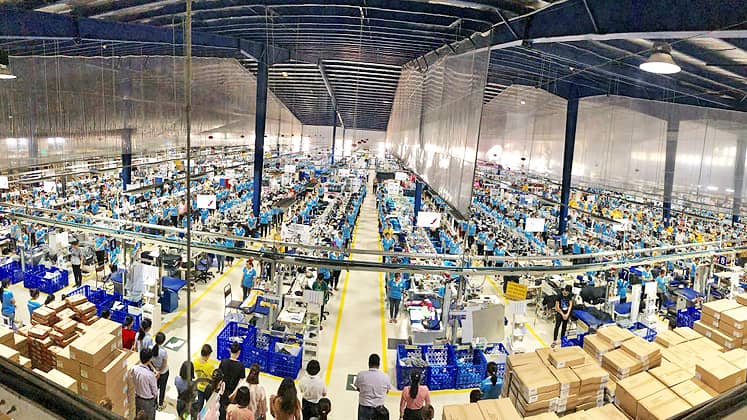 COLOMBO, Sept 24 (Reuters) – Sri Lanka’s preferential trade access to the European Union, which is the biggest market for its $5 billion apparel industry, is in doubt with an investigation into the island country’s human rights and governance concerns set to start on Monday.

A five-member delegation is scheduled to meet government and company representatives, civil society, trade unions and United Nation officials during a week-long stay and submit a report that will be presented to the European Parliament in 2022.

As much as 60% of the nation’s apparel exports to the region benefit from the EU’s GSP+ concessions, a 9.5% cost benefit, and are the country’s second highest foreign exchange earner.

Hard hit by closures and reduced sales during the pandemic, the apparel industry sees GSP+ as crucial to attracting foreign investment and helping the sector to reach its target of $8 billion earnings by 2026, a 60% increase from current levels.

Industry sources say the government has pledged to engage with the EU to retain GSP+ but stakeholders estimate a loss of about $600 million if the facility is removed.

Sri Lanka, which gained GSP+ access for the first time in 2005, has previously had it withdrawn.

The EU withdrew the facility in 2010, highlighting insufficient efforts by Sri Lanka to address human rights and reconciliation issues in the aftermath of a 27-year civil war, but it was reinstated in 2017.

The Joint Apparel Association Forum (JAAF) is worried about the threat of factory closures – particularly among small and medium manufacturers that employ 350,000 direct and 700,000 related industry employees, of which 80% are rural women.

“To retain our access, be competitive and expand our market share we must have this trade agreement. We are still very optimistic that GSP+ will continue but if it is lost, investment to this sector will be questioned,” JAAF Chairman A. Sukumaran said.