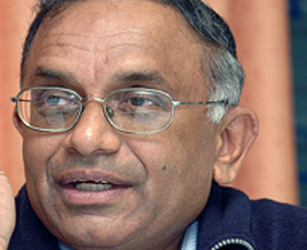 “Every citizen of this country is entitled to certain judicial remedies to their issues. But in terms of the J. R. Jayewardene administration-initiated Parliamentary Standing Orders and the Constitution we have today, there are 23 very unfortunate persons in this country currently. They are the 11 Supreme Court judges and the 12 Court of Appeal judges. These 23 unfortunate people have no judicial remedies,” well known constitutional lawyer and senior LSSPer Dr. Jayampathy Wickremeratne PC said.

Speaking to The Island in a wide-ranging interview, on the impeachment process against the Chief Justice and linked governance issues, Wickremeratne asked, “how can any right- thinking person take a decision on the basis of an inquiry held by a non-judicial body? This is unconstitutional.”

“When a President is impeached on a motion to that effect being passed by a two-thirds majority in Parliament, the Parliamentarians themselves do not hold the trial. The matter is then referred to the Supreme Court and if only the Supreme Court finds the President guilty would the matter come back to Parliament for a formal impeachment. So, every citizen in this country is entitled to certain judicial remedies, but the Supreme Court and the Court of Appeal judges cannot avail of such remedies”, Wickremeratne explained.