Sri Lankans Accuse Him of Wartime Atrocities. California May Decide. 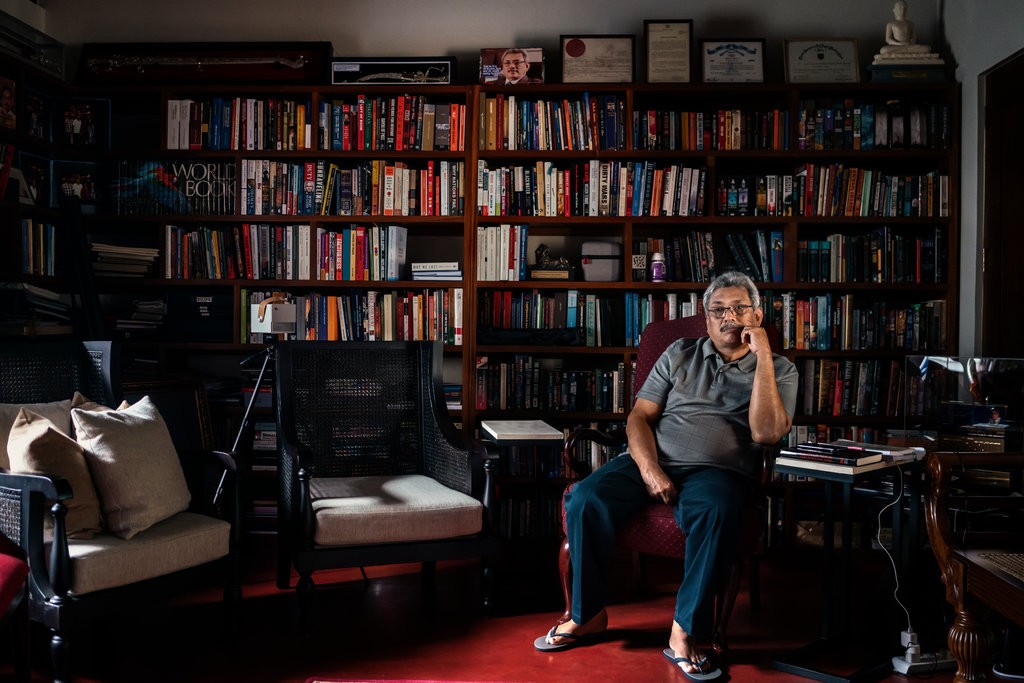 In the decade since Sri Lanka’s civil war ended, a former wartime defense chief has successfully dodged accusations of crimes against humanity. He may soon run for president.

But the accusations, which are supported by United Nations inquiries, recently caught up with him in a California parking lot.

The former official, Gotabaya Rajapaksa, oversaw the final stages of a quarter-century-long conflict with Tamil separatists that ended in 2009. So far he has avoided prosecution at home and abroad over the allegations of crimes against humanity.

But in early April, a private investigator tracked Mr. Rajapaksa, now an American citizen, to a Trader Joe’s parking lot in a Los Angeles suburb. He was then personally served with civil court complaints accusing him of a journalist’s murder and the torture of an ethnic Tamil who had Canadian citizenship, court documents show.

Supporters of the lawsuits say they were brought in California since opening criminal trials in Sri Lankan courts is politically impossible for now, not least because Mr. Rajapaksa’s family has significant influence over the country’s institutions. They say the California cases are a logical interim step in a long campaign for justice.

“There is no doubt that the case has caused enormous interest because Sri Lankans are amazed to see a powerful and feared figure, who still has his people inside the security establishment, being openly challenged,” said Yasmin Sooka, a South African human rights lawyer who specializes in Sri Lanka and worked on the torture complaint.

Mr. Rajapaksa’s spokesman, Milinda Rajapaksha, said on Friday that the defendant “does not acknowledge any kind of official delivery of legal documents by any party.” But he said Mr. Rajapaksa’s legal counsel in the United States would take action “if required.”

Separately, Mohammed Ali Sabry, the head of Mr. Rajapaksa’s legal team in Sri Lanka, said that California litigation would be handled exclusively from the United States.

Mr. Rajapaksa was Sri Lanka’s defense chief from 2005 to 2015, when his brother, Mahinda, was president. Thousands of people disappeared or were tortured during the war’s final years, including aid workers, journalists, ethnic Tamil civilians and the Rajapaksa family’s political opponents.

Many of them turned up dead, according to United Nations reports, and millions of people in the country are still traumatized by the war’s painful legacy.

Last week in Sri Lanka, Mr. Rajapaksa told reporters that he had started the process of renouncing his American citizenship, a requirement for contesting the presidency, which his brother relinquished after losing a 2015 election.

Harshana Rambukwella, a political scientist at the Open University of Sri Lanka, said that if Mr. Rajapaksa runs for president, he could potentially leverage the California litigation to drum up nationalist sentiment among his base within the country’s Sinhalese ethnic majority.

The essence of the candidate’s argument, Mr. Rambukwella said, would be that human rights campaigners are persecuting leaders who liberated Sri Lanka from civil war.

But rights advocates say that the California cases are important because they focus international scrutiny on the Rajapaksa family’s wartime actions.

The first case concerns the 2009 killing of a prominent Sri Lankan investigative journalist, Lasantha Wickrematunge, who was bludgeoned to death by men on motorcycles who had surrounded his car.

In court papers, lawyers for the journalist’s daughter, Ahimsa Wickrematunge, accused Mr. Rajapaksa of instigating, authorizing and covering up the killing as part of a “systematic” targeting of journalists who were perceived to be critical of the government. The suit seeks unspecified damages.

“My family and I have been pushing for justice for my father’s killing for 10 years now,” Ms. Wickrematunge said in an interview. “This pursuit isn’t tied to any election. It is tied to a need for truth.”

The second case was brought by Roy Samathanam, a Tamil civilian with Canadian citizenship who was arrested in Sri Lanka in 2007 on what his lawyers say were false charges of illegally importing a GPS device. They say he was beaten with clubs, metal pipes and rifle butts, and forced to sign a false confession. The suit seeks at least $75,000 in damages.

Toby Cadman, a British lawyer in London who specializes in war crimes, said the Sri Lanka cases were another example of lawyers acting in a more “innovative manner” when the criminal justice process fails victims of violence in their own countries.

“Although the jurisdiction for bringing civil claims in the U.S. has been significantly narrowed in recent years, it remains an important tool for holding political and military leaders accountable for gross human rights violations,” he said.

Nushin Sarkarati, a lawyer at the Center for Justice and Accountability in San Francisco who is representing Ms. Wickrematunge, said such civil claims were first filed in the 1990s in Europe. In the United States, she added, they have typically been filed against former officials from countries in Latin America.

In a recent case in the United States, one of Mr. Samathanam’s lawyers, Scott Gilmore, represented the family of the American journalist Marie Colvin in an effort to hold Syria’s government liable for killing her as she reported on that country’s civil war. In January, a federal court awarded $302.5 million to Ms. Colvin’s relatives, though collecting the money will be difficult.

Mr. Rajapaksa’s lawyers are expected to formally respond to the California complaints by late April. Lawyers for the plaintiffs said they had no specific information about the defendant’s assets in the United States.

However the cases turn out, it is an open question how far they could go toward healing the wounds of the bitter war.

“Even if we win, it’s not justice,” said Steven Butler, the Asia program coordinator at the Committee to Protect Journalists, an advocacy group in New York. He said opening criminal cases in the country where the atrocities occurred was still the primary goal in both the Wickrematunge and Colvin cases.

Amarnath Amarasingam, a Toronto-based expert on political violence in Sri Lanka, said that most people in the Tamil community supported the effort to prosecute Mr. Rajapaksa in the United States.

But some worry that bringing the Rajapaksa family to justice could be seen as an end in itself, he added, thereby minimizing the racism and discrimination against minorities they say was built into Sri Lanka’s constitution and institutions.

“There’s an argument to be made that the Rajapaksa family, because they were in power during the war, should be held especially responsible” for human rights violations committed during its final years, Mr. Amarasingam said. “But there’s also an argument that it’s just a symptom of what caused the war in the first place.”