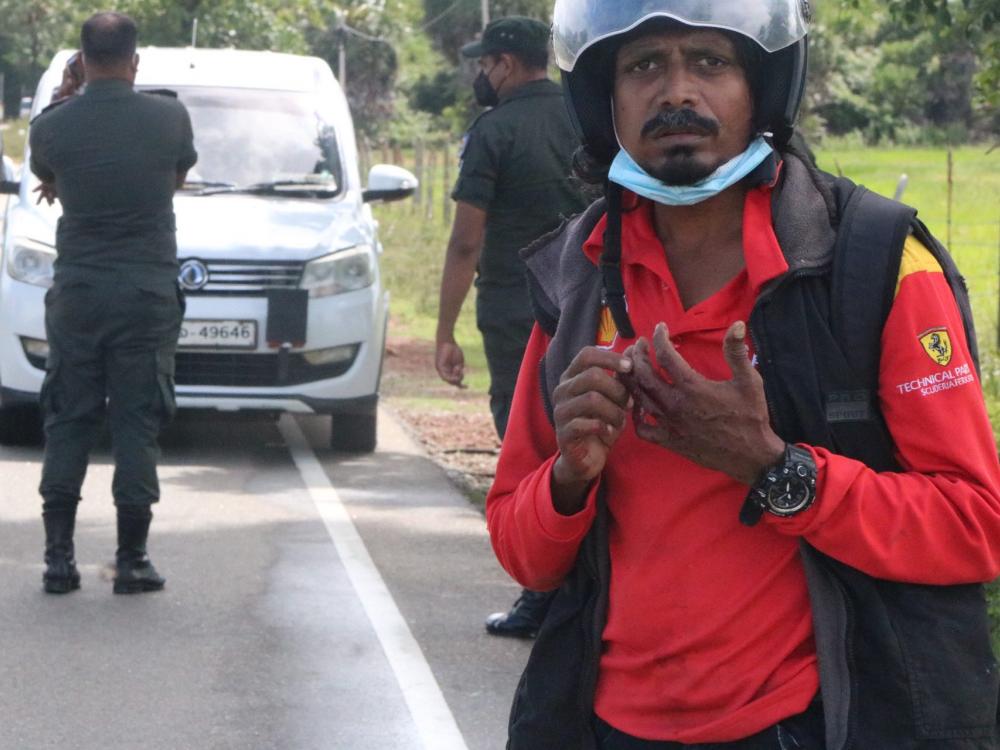 The Sri Lankan soldiers who attacked a Tamil journalist, Vishvalingam Vishvachandran, in Mullivaikkal during Maaveerar Naal have confessed to committing the assault and apologised to the victim after the military initially claimed that the assault was “unverified, exaggerated and factually incorrect.”

The apology was tendered in the presence of Crime Prevention Department officials on November 30, following which the soldiers were released with the consent of Vishvachandran, the complainant.

Vishvachandaran was beaten with a palmyra stick wrapped in barbed wire by the soldiers for taking a photo of a Mullivaikkal road sign.  He recalled that the soldiers set upon him indiscriminately and one of them tried to wrest his video camera and delete the footage he filmed. When he held on to the camera, the army threw Vishvachandran on barbed wire causing him to bleed profusely.

Journalists protested in Batticaloa and Mullaitivu, condeming the attack and the Sri Lankan government for continuing to stifle press freedom.  M.A. Sumanthiran, Tamil National Alliance (TNA) MP, also denounced the release of the soldiers as a mere tokenistic gesture and called for an independent investigation into the attack and stricter punishments to the perpetrators.