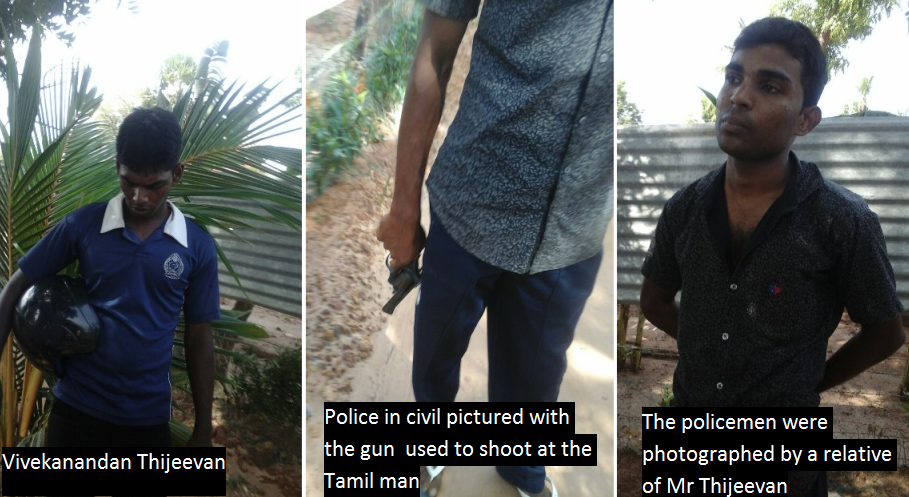 Sri Lankan police on Saturday shot at a Tamil man in Mullaitivu after he demanded to see an arrest warrant.

The 27 year old man, Vivekanandan Thijeevan was at home in the highly militarised Keppapilavu mode village when two police officers from the Mulliyawalai police station arrived stated they the magistrate had issued an arrest warrant for him.

When Mr Thijeevan demanded to see the arrest warrant prior to being taken in custody, one of the police officers who was dressed in civilian clothes fired two shots at his feet, before forcibly taking him into custody.

The policemen were photographed by a relative of Mr Thijeevan

His mother, V Indrani, who contested the parliamentary elections last year as a Tamil National People’s Front (TNPF) candidate, is scheduled to file a complaint at the Human Rights Commission of Sri Lanka’s Vavuniya branch tomorrow.

A court case was previously filed against him over a land mining case in the region with a court date already set as July 30th.
Tamil Guardian