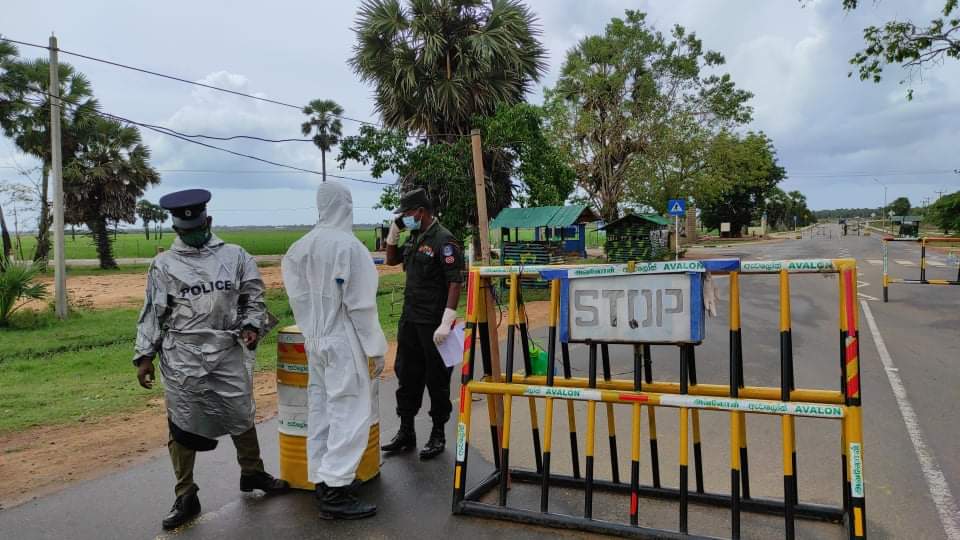 Tamil journalists travelling to Mullaitivu have repeatedly been harassed, intimidated and blocked at checkpoints by Sri Lankan military officers, despite presenting travel permits.

Incidents of harassment and intimidation have escalated in the last couple of days as travel restrictions and a military-led lockdown was imposed across the Tamil homeland, in response to the rising COVID-19 cases.

As a result, despite being issued with travel permits, there has been an increase in essential workers such as journalists being harassed and stopped by Sri Lankan military officers at checkpoints.

In particular, journalists heading to the Mullaitivu town area have been detained at the third block checkpoint and being sent back despite trying to do their job and getting police permission to travel.

Another journalist who went to Mullaitivu this morning to cover the curfew has been detained and told to return by the military present at the checkpoints.

Over the last few days, the presence of Sri Lankan army and police has increased across districts such as Jaffna, Vavuniya, Mannar and Mullaitivu under the guise of COVID-19 health guidelines. This has resulted in increased incidents of intimidation and harassment of locals, with many civil societies expressing concerns that this is a consequence of the expanded military presence across the Tamil homeland.

Tamil journalists from the war-affected Mullaitivu district continue to come under pressure as their traveling is restricted by the Sri Lankan Military.

Journalists residing in adjoining areas who were traveling to Mullaitivu town for newsgathering were stopped at the Watrapalai third mile post checkpoint in the weekend, although the Police granted them permission to proceed ahead for their journalistic duties.

In Mullaithivu, which is one of the most war affected districts in the province, the presence of the military is overwhelmingly high in comparison with other areas in the country including the capital Colombo.

While people coming under essential services were allowed to pass through the check post erected apparently for control of movement during the Covid 19 spike, Tamil journalists alone were stopped from proceeding further for newsgathering. When Shanmugam Thavaseelan of popular TV channel Hiru informed the soldier that the police have permitted his travelling for coverage, he was told that the army will not grant him permission.

The journalist subsequently contacted the Office-in-charge (OIC) of the Mulliavalai Police station to inform about him being stopped by the army who in turn spoke to the military persons manning the check point asking them to allow the journalists. But the OIC was told bluntly by the military that “the headquarters had ordered not to allow them”.

After considerable delay permission was granted by the ‘senior officers’ and the journalists were allowed to travel after all their details were registered-which made them miss the newsgathering event and could not capture the news on camera as it was too late.

Media activists point out that majority Sinhala journalists do not encounter such harassment while covering news stories when travel restrictions are imposed.

Locals, journalists and political leaders point out that ‘it’s the army that’s in complete control in Mullaitivu and Police have been relegated to a subservient role.

The restrictions on journalists in Mullaitivu has been increasing continuously and are being frequently obstructed by the military without providing any valid reason.

Civilians say that this is being done deliberately to prevent issues like land grabbing happening under the guise of archaeological exploration, rampant illegal logging and protests campaigns against the government from being covered by media.

According to a report published by a local think tank, there is at least 1 soldier for every 2 civilians in the Mullaitivu district. Analysts say this ratio is probably one of the highest in the world.