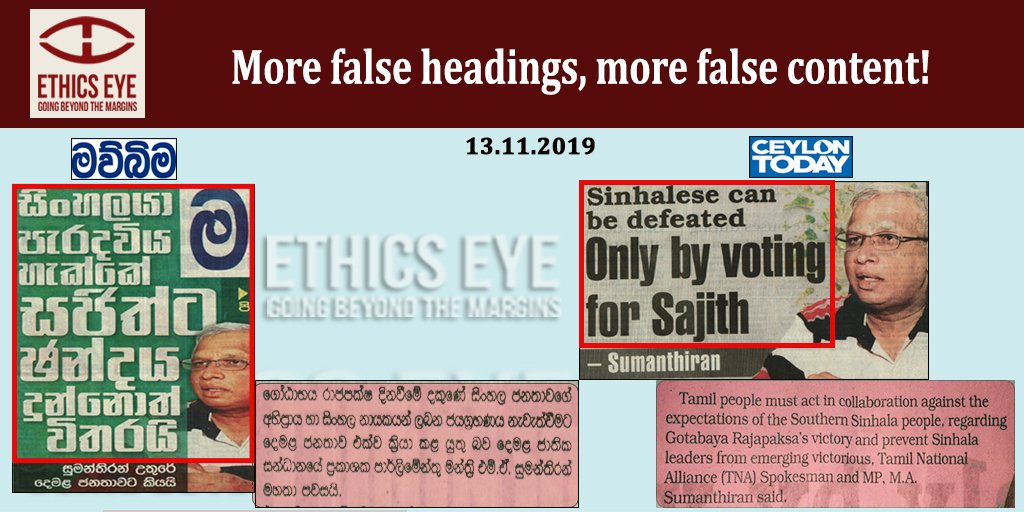 Asian Election observers faulted both private and State Media organisations for favouring their chosen candidates during the elections and suggested they should self-regulate themselves.

The Asian Network for Free Elections (ANFREL), an international election observation organization based in Asia, observed that while the presidential election ended in a largely peaceful and orderly manner, it witnessed both state and private media being biased towards their favoured candidates.

Addressing a press conference at the Cinnamon Grand this morning (Nov 18), Head of the AFREL mission, Damaso G. Magbual said that media organizations should come up with self-regulation in order to provide an impartial service.

“ I think we all agree that the media in Sri Lanka now has a more conducive atmosphere in relation to press freedom compared with ten years ago. But at the same time, the perception of AFREL observers is that the media has been blatantly biased in many instances, more particularly with private media,” he said.

He said that “there may have to be a need to regulate private media without violating the freedom of expression. One problem in media here is that somehow ownership is directly or indirectly related to political interests and parties.”

“Self-regulation means that the media will monitor itself. More often when this happens when there are violations a member of the media organization will be the first one to point out that.”

Explaining about certain shortcomings in the recent presidential election, ANFREL noted that the problems faced by the vulnerable sector, such as the disabled and the elderly could have been addressed in a better way.

“Some polling stations were located very high up on the mountains with many stairs and were inaccessible for the people with disabilities,” Rona Caritos, ANFREL observer said.

‘The Elections Commission should also create guidelines for remand prisoners, as there is nothing in the laws which prohibits them from voting. The failure of these remand prisoners to vote is the lack of guidelines,” ANFREL added in their interim report
RN