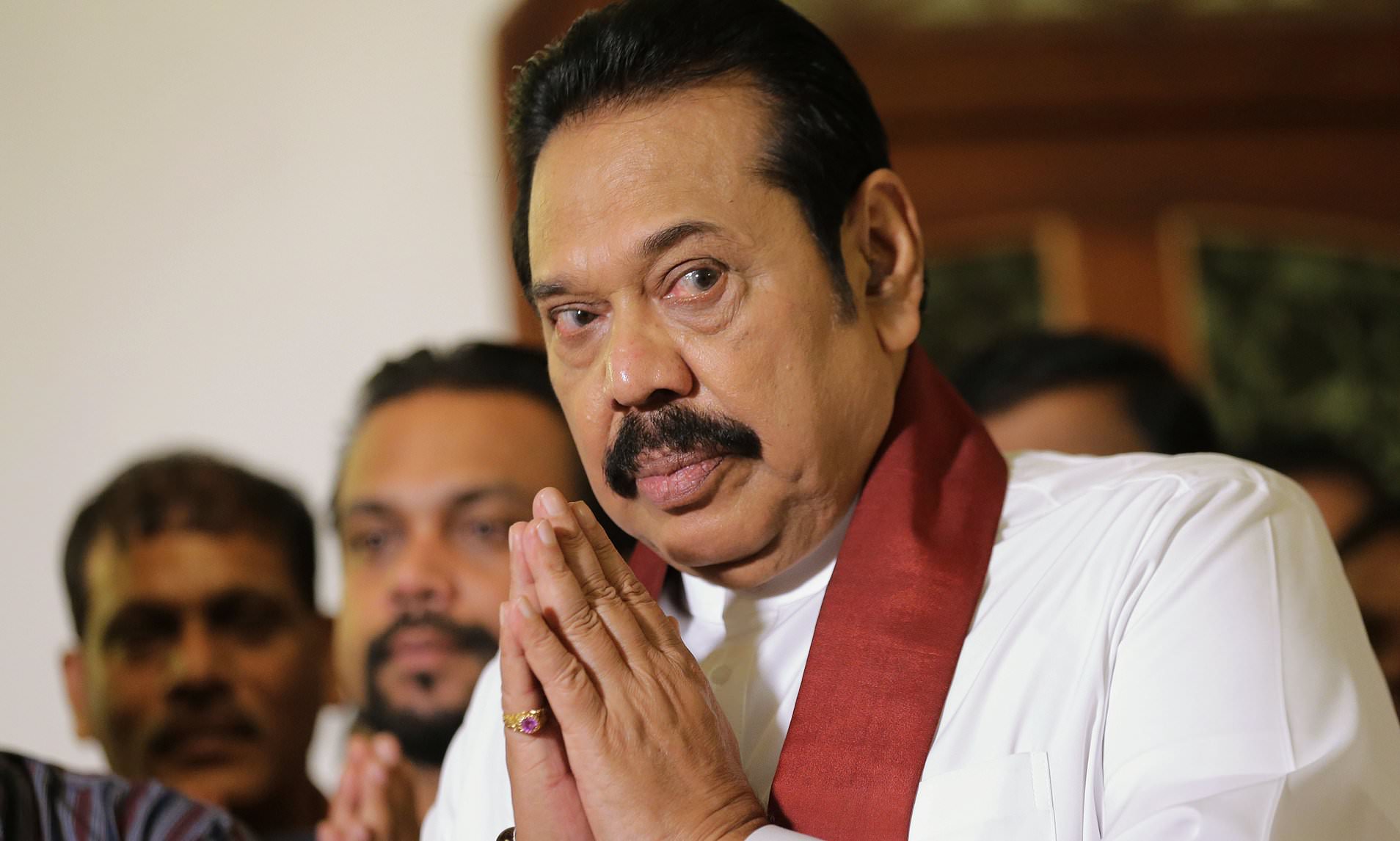 COLOMBO, Sri Lanka (AP) – Members of Sri Lanka’s Parliament on Tuesday questioned whether Mahinda Rajapaksa, who recently quit as prime minister, can hold his seat after earlier relinquishing membership in the political party he represented in the last election.

Lakshman Kiriella, a lawmaker from the ruling United National Front coalition, raised the question in Parliament soon after Speaker Karu Jayasuriya announced that he accepted Rajapaksa as the opposition leader because President Maithripala Sirisena had withdrawn from a national unity government with Prime Minister Ranil Wickremesinghe.

Jayasuriya said he would rule on the matter on Friday.

“We don’t want the constitution to be violated any further,” said another lawmaker, M.A. Sumanthiran. “If some members have ceased to be members of Parliament, they must withdraw from this chamber now.”

Rajapaksa last month dropped membership in his former party, led by Sirisena, to represent the Sri Lanka People’s Front, the party he formed and served as shadow leader. He took the step after Sirisena dissolved Parliament and called for fresh elections, aiming to form a base independent of Sirisena.

Rajapaksa, who is popular among Sri Lankans for winning a decades-long civil war that ended in 2009, was the party’s biggest crowd-puller.However, the Supreme Court restored the same Parliament, calling its dissolution illegal.

Rajapaksa resigned as prime minister on Saturday, ending weeks of political instability in the country. The crisis was triggered by Sirisena’s move to withdraw his party from a national unity government, sack Wickremesinghe as prime minister and appoint Rajapaksa in his place.

Wickremesinghe insisted that he was removed illegally, while Rajapaksa failed to secure majority support in Parliament.

Sirisena dissolved Parliament and called for fresh elections, but the Supreme Court suspended the move and restored Parliament. Later, the court issued a final decision, declaring the dissolution of Parliament and the call for elections illegal.

By that time, Rajapaksa’s opponents had defeated him in two no-confidence votes, but he held on to the office with Sirisena’s support until the Court of Appeal suspended him and his Cabinet from functioning in their offices.

Rajapaksa and his suspended ministers went to the Supreme Court seeking to remove their suspensions, but the court refused.

Rajapaksa was then forced to resign to avert a crisis that would have prevented the government from spending state funds from Jan. 1 without a budget.

Above Image: FILE – In this Saturday, Dec. 15, 2018 , Sri Lanka’s disputed prime minister Mahinda Rajapaksa folds his hands in prayer as he is blessed by a Buddhist monk after signing his resignation paper in Colombo, Sri Lanka. Members of Sri Lanka’s Parliament on Tuesday questioned whether Rajapaksa, who recently quit as prime minister, can hold his seat after earlier relinquishing membership in the political party that he represented in the last election. (file photo/AP Photo/Eranga Jayawardena)