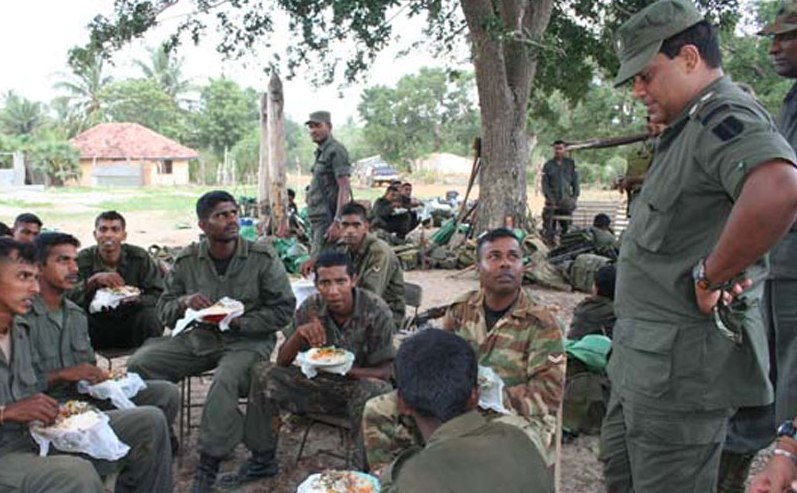 Three cases around the world reflect a new trend in international justice – while Sri Lanka shows no intention of properly dealing with accusations its military committed atrocities in the closing months of the civil war in 2009, cases have opened in the Netherlands, Switzerland and the U.S. against both the Tamil Tigers and the Sri Lankan military.

By Richard Walker in The Hague

On Monday two ethnic Tamils filed a case in New York against a Sri Lankan general now serving as a UN diplomat. They claim Major General Shavendra Silva was commanding officer of the army’s 58th Division which helped crush the Tamil Tiger rebels in 2009 – and claim in so doing killed thousands of civilians through the shelling of no-fire zones and hospitals. The case is using the US’s universal jurisdiction to prosecute war crimes outside of its territory.

Last week in Switzerland, prosecutors took the unprecedented step of declaring that if the Sri Lankan diplomat and former army General Jagath Dias returns to the country they will have him arrested and prosecuted for alleged war crimes, also relating to the end of the civil war in 2009. Mr Dias had been in Switzerland serving as a Deputy Ambassador until recently and is now believed to have left the country.
And currently in the Netherlands, five alleged supporters of the LTTE or Tamil Tigers rebel group are on trial for supporting a terrorist organization. Their case raises the question: what makes an organization terrorist in nature under Dutch criminal law? The hearing will continue until the end of next week.

All lawyers and experts agree, where a state’s judicial structure is strong enough it should prosecute its own war crimes cases. In Sri Lanka there is little international credibility given to the state’s Lessons Learned and Reconciliation Commission, which has been criticised widely for not addressing questions of justice and for brushing claims of military atrocities under the carpet.

Mounting pressure from the UN and international media this year has led many to call for a full and independent investigation into claims of war crimes in 2009, and the establishment of a tribunal to hold major players in the bloody denouement to the conflict accountable. The problem is that this is the last thing the current Sri Lankan government wants as it basks in the popularity it gained by ending the 30 year conflict.

The fact that there are now three separate prosecutions in motion dealing with war crimes in Sri Lanka, thousands of miles away from the tiny island nation, is a very positive development for International Criminal lawyer Goran Sluiter. “These (international) tribunals are extremely costly, often quite inefficient, slow and bureaucratic. We should be very careful in setting up something new or using the ICC. So if at the national level you have all these cases there’s even less need to go to the ICC to set up a new tribunal – it’s only when at the national level nothing is happening that it’s important to go the ICC,” he said.

Does this mean that national courts stepping in and using their own Universal jurisdiction to pursue war criminals from other countries is the way forward?  “Yes of course that’s wonderful, but maybe not as much as one would hope, and national courts are dependent on the accused happening to be on their territory – and the big fish may not be on their territory, so then (prosecutions) may be fragmented”.

Courts like the International Criminal Court are keen to stress they are courts of last resort and wherever possible will try to help national prosecutors achieve high standards of justice. These principles are widely held to be sound, but in the absence of a nation’s political will to pursue justice there is perhaps an ever expanding moral imperative for other states to pursue war criminals through their own courts.