Sri Lankan correspondent explains why refugees are fleeing to Australia 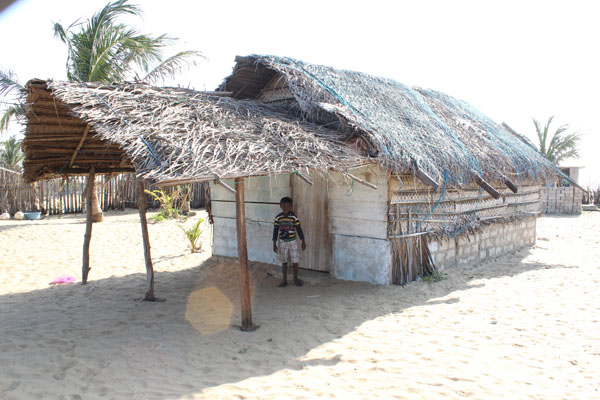 Mike Head
The WSWS spoke recently to a Sri Lankan correspondent, S. Jayanth, about the social and economic conditions that have driven increasing numbers of poor and oppressed people to flee to Australia since the end of the country’s communal war in 2009, when thousands of Tamils were killed by the Sri Lankan military in the final months of the conflict. The interview also covered the plight of those who have been forcibly returned to Sri Lanka by the Australian government .
WSWS: How many Sri Lankans have tried to flee to Australia since the end of the war in 2009, and how many have been sent back to Sri Lanka?

SJ: People are fleeing, mostly to Australia, from Sri Lanka and also from southern India, where they have been refugees for many years. Last year, according to Australia’s statistics, 6,428 came to Australia, and 943 were sent back to Sri Lanka. That was a big increase from 2011, when 211 came by boat. Even in the final months of the brutal war that ended in 2009, only 736 people sought asylum in Australia.

WSWS: Who are the refugees? It seems that they now include Sinhalese Sri Lankans, as well as Tamils.

SJ: They are mostly Tamils from the north and east of Sri Lanka, but there are also poor Muslims and Sinhalese, mainly from the fishing villages in the north.

WSWS: Why are they fleeing?

SJ: It is because of the economic crisis and repression by the government and the military. People are unable to find a life for their children. If there were no problems, they would not risk their lives by taking to boats. In the fishing areas there were protests last year over the government’s increases in fuel prices, which have created great difficulties for those trying to make a living from fishing.

WSWS: One fisherman was killed by the police during these protests in Chilaw. Did the numbers of refugees rise after that?

SJ: Yes, the numbers increased, and they have risen since 2009, because the end of the war has not produced the peace and prosperity that President Rajapakse promised. A reporter from “Today Tonight”, an Australian TV program, claimed there were no problems because the war was over, but actually the situation is the opposite.

To meet the austerity measures demanded by International Monetary Fund for its loans to Sri Lanka, the government has been imposing cuts in social spending including education and health, and prices of essential goods are sharply increasing. Workers and farmers and students have been staging protests and strikes against deteriorating living conditions. To suppress these protests, the government has extended its police-state measures island-wide. Over the past year, protesting workers and fishermen have been shot by the police.
WSWS: What is life like in the north?

RJ: In the north especially, the war has ended, but the people have no livelihood. Tamils who had been detained after the war were dumped in other areas, with the military occupying much of their lands. People who are resettled are not provided with basic facilities. Many have had to stay in camps or live with relatives.

Thousands of young men, who were released from so-called rehabilitation camps, where they were detained as LTTE [Liberation Tigers of Tamil Eelam] suspects at the end of the war, are unemployed and monitored by military intelligence. Hundreds of people are still detained as political prisoners, in most cases without charges or court cases. Violations, murders, disappearances and looting are increasing in the north and east.

WSWS: You went to one fishing village in January to report on the conditions there. Can you describe what you found?

SJ: We visited the remote village of Udappu in the northwestern coastal belt. It was very poor. Several families were living in huts with thatched roofs. There was no proper government transport, only temple buses, and only dirt roads. The villagers reported that hundreds of fishermen and youth had gone to Australia. Out of a population of about 5,000, between 750 and 2,000 people had fled.

One person explained the oppressive conditions the fishermen faced. He told us his two brothers had fled because after the fuel prices rose, villagers could earn only 50 or 100 rupees (40 to 80 US cents) a day from fishing. Though the war had ended, they also had to obtain passes from the navy every day before going to sea, which meant being at the checkpoint by at least 4 a.m.
WSWS: What are the conditions like for those who flee?

SJ: They have to pay smugglers about one million rupees ($US8,000), with 300,000 rupees up front. Their families sell their valuables, like jewellery and land, and borrow money at high interest rates—like 5,000 rupees a month for a 100,000-rupee loan. On the boats, with up to 90 people on board, they cannot sleep or move about, only sit up, getting wet from the waves, and survive on just one meal a day. A weeping mother told us her son, a diabetic, died aboard a boat and his body was dumped at sea.

WSWS: What happens to the people who are deported from Australia, or whose boats are intercepted by the Sri Lankan navy?

SJ: The smugglers take their money, regardless. If they are sent back from Australia, they are arrested at the airport and interrogated by the intelligence. If they are intercepted by the navy, it is the same. They are handed over to the police, who file charges against them for leaving the country illegally. They have to raise bail to be released, and then they have to pay fares to travel back south for their court cases. Some people are still in jail.

WSWS: What message would you like to send to Australian workers and youth?

SJ: Sri Lankan refugees are very oppressed people. They confront police-state measures in the north and east four years after the end of the war. There is a military occupation, they have no livelihood and therefore they try to leave the country. Then they are exploited by the smugglers. But they cannot find any livelihood in Australia either. The Australian and Sri Lankan governments have joined together—neither is prepared to provide a life for them. Only the working class can provide an answer. This is the responsibility of the working class. They need to unify, in Sri Lanka and Australia and internationally, to fight for socialism. Only in that way can the crisis of refugees be resolved, not only in Sri Lanka, but all over the world.