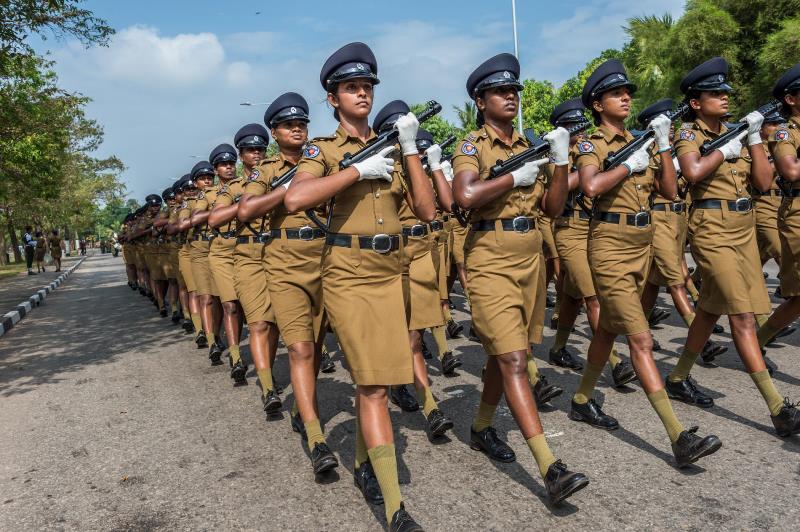 Image:Sri Lanka police are entirely under the Central government.

COLOMBO: The Sri Lankan Constitutional Assembly’s sub-committee on Center-Provincial relations has recommended that the provinces be granted powers over land and police; that the powers of the provincial Governor be drastically pruned, and that there be a fair allocation of financial resources to the provinces along with powers to decide how to spend the money.

As a matter of fact, the 13 th.Amendment of the constitution carried out in 1987 following the India-Sri Lanka Accord, had devolved powers over land and police to the provinces. But this was not implemented.

The constitution sub-committee under the chairmanship of the Tamil National Alliance (TNA) MP, D.Siddharthan, has now recommended that all State Land (or government lands) in a province should come under the purview of the provincial administration though the Central government may requisition land for the propose of executing projects on matters under the Central List.

Likewise, the police in a province should come under the Provincial Administration and they should be regulated by a Provincial Police Commission (again as stipulated under the unimplemented 13 th Amendment).

The sub-committee said that the Concurrent List should be abolished and that there should only be a Provincial List and a Reserved (Central) List to avoid confusion and arrogation of powers by the Center.

The panel wants the provincial Governor to go entirely by the advice of the Chief Minister and his Board of Ministers and not be an agent of the Center which, he or she is, now. The power to control the provincial officers and determine what statutes should be passed by the Provincial Council should be taken away from the Governor.

At present there is a stipulation that provincial schemes should conform to the relevant National Policy. The sub-committee has recommended that the provinces should be given the right to participate in the formulation of a National Policy.

The sub-committee has skirted the controversial issue as to whether Center-Provincial relations should be based on the federal or the unitary model. While the minority Tamils have been agitating for a federal constitution, the majority Sinhalese want the present unitary system to continue. The sub-committee’s recommendations envisage devolution of power but without labeling the overall scheme as either federal or unitary.
NIE