Sri Lankan Christians still too afraid to go to church 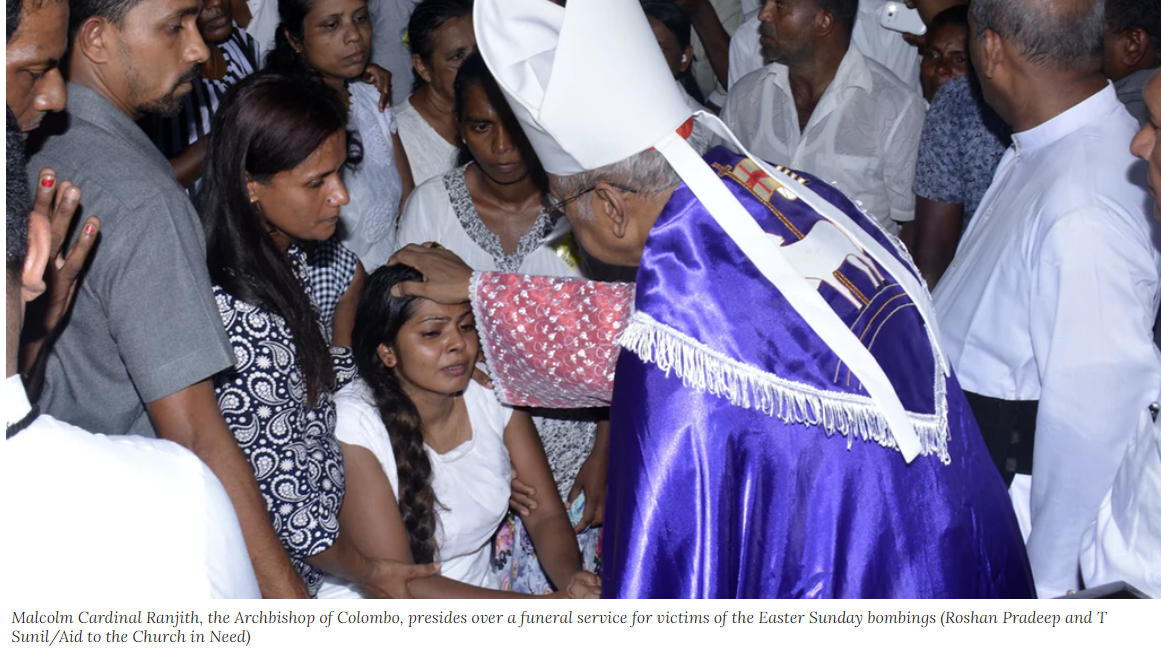 Many Christians in Sri Lanka are still too scared to go to church – in spite of security put in place following the Easter Day bombings.

Returning from a fact-finding and project-assessment trip to the country, Veronique Vogel, head of Sri Lanka projects for the Catholic charity Aid to the Church in Need, said: “Many told me that they are afraid to enter a church or feel fear when they hear bells ringing.”

She described a sense of tension in the capital, Colombo, and elsewhere across Sri Lanka, where more than 250 people were killed and 300 injured on 21 April 2019 in attacks targeting churches and leading hotels.

Ms Vogel said: “The security measures throughout Sri Lanka were very strict during our visit. Security forces and the military were everywhere.

“But fear persists, particularly among the Christian population.

“Everyone knows that somewhere out there extremely dangerous people are running around who could attack again at any time.”

Cardinal Malcolm Ranjith, Archbishop of Colombo, an outspoken critic of the Sri Lankan government’s apparent failure to act on Indian government intelligence ahead of the Easter attacks, has demanded more security during church services in the aftermath of the violence.

Ms Vogel said many Christians had felt encouraged by the response of the cardinal, who has refused special protection for himself.

She said the people’s faith had been strengthened by their suffering, especially those who lost loved ones or who had life-changing injuries.

Many, she added, were profoundly shocked by the attacks which had come after a period of relative calm and stability in the years following the civil war and other conflicts which date back to the 1970s.

This article was produced by Aid to the Church in Need /catholicherald.co.uk.