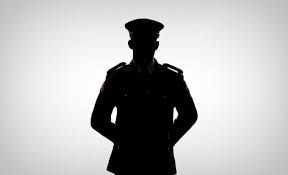 The normal operations of the office of the Consortium of Non-Governmental Organisations in Ampaa’rai district has been thoroughly disrupted by the frequent-inspections and questionings conducted by the ‘Terrorist’ Investigation Division (TID) of occupying Colombo, the representatives of the member organisations in the district told TamilNet on Wednesday. The TID was questioning particularly about the activities or involvement of personalities of three NGOs, the Center for Human Rights and Development, Viluthu Centre for Human Resource Development and the Centre for Policy Alternatives. The TID harassment was continuing even after the officials of the consortium thoroughly established the fact that the three NGOs were not affiliated to them, the activists said.

The TID investigators were collecting details of local and foreign donors, both the source of the fund and the recipient organisations in the consortium.

The investigators were collecting details of the functions to which the representatives of the consortium were invited to attend.

The TID has also instructed the consortium to inform about all such public events so that they could also monitor the arrangements, the sources further said.

The representatives of the member organisations said the TID was only using the names of three organisations as a cover to extract details and data from the consortium.

Viluthu Centre for Human Resource Development, a community development organisation launched by the late Shanthi Sachithanandam and which works among economically and socially marginalised women in the North-East, particularly in Batticaloa.

The Centre for Policy Alternatives (CPA) is a Colombo-based policy research and advocacy think tank which has been promoting the so-called ‘transitional’ justice-associated projects in recent years.

The Center For Human Rights and Development (CHRD) is a Colombo-based NGO, which concentrates its fieldwork in the eight districts of the North-East.