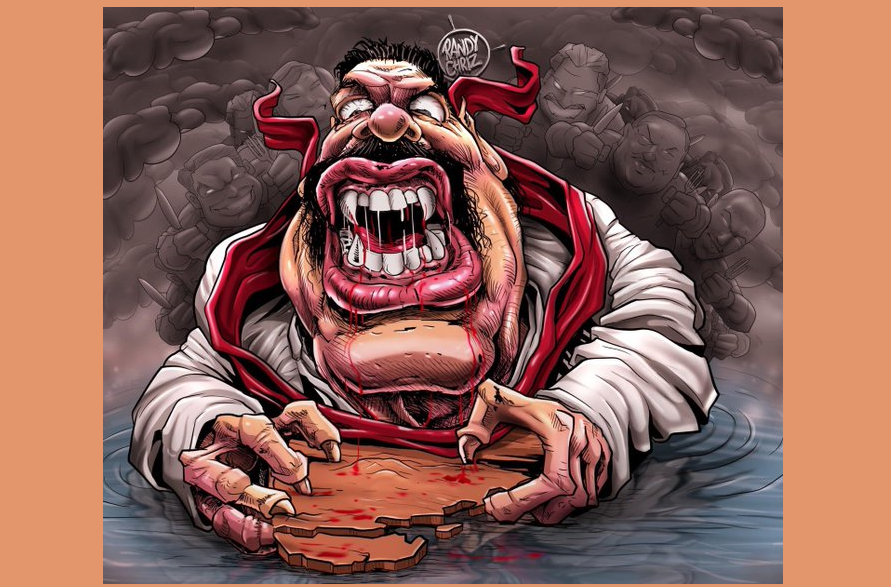 Startling accusations have come to the fore alleging that the two Commission members of the Commission to Investigate Allegations of Bribery or Corruption- Justice (Rtd) Deepali Wijesundera and Chandra Nimal Wakista- have taken all steps to impede the ongoing / withdrawn bribery cases of selected ruling party members and their allies.

Following the public uproar against the Rajapaksa administration and with the allied parties of the Government becoming independent- thus losing two-third majority in parliament- the two Commissioners are accused of giving instructions to legal and investigation officers to impede the withdrawn cases in order to close the case files.

It is claimed that within the Commission to Investigate Allegations of Bribery or Corruption (CIABOC), that instructions have been given by Commissioner Wakista to take disciplinary action against a senior legal officer who has vehemently refused to heed unlawful instructions given by the former.

“This honest legal officer is known to have worked at CIABOC over the years without engaging in any unlawful work. When instructions were given to her to destroy certain pages in selected files, she had refused to carry out the illegal orders. On the advice of Wakista disciplinary action will soon be taken against her to which we are ready to counter-attack and expose the unlawful activities that are taking place at this Commission under the present Chairperson and the Commission members,” the sources alleged.

This newspaper received details of 19 cases that are to be closed by the Commission after threats were issued to both legal and investigation officers.

The cases which are to be closed, threatening the legal and investigation officers are as follows-

Meanwhile the following six cases filed against former Ministers and their political allies that have been withdrawn, has been set aside in order to close them without re-filing. They are-

“Are the present commissioners attempting to close the case on the basis of a ‘mess up’ to enable them not to refile the case?”

“Although the two Commissioners, Justice Wijesundera and Wakista refuted the allegations levelled against them, highly reliable officers on strict condition of anonymity confirmed with this newspaper that the legal and investigation officers are subjected to harassment for not fulfilling their (Commissioners) goals.”

Wijesundera: Error made at the time of filing the cases

“The information you have received is absolutely wrong. Once a petition is received, it is sent to the Legal Department. There is no way that we can get the documents removed or misplaced,” Justice Wijesundera said.

When asked why instructions have been given to take disciplinary action against a female legal officer- who has refused to carry out unlawful directives given by the Commission- Justice Wijesundera said that she is unaware of such a move, but the assurance that if the claim is true she would look into it and stop such action from being taken.

“I am an independent person and will not allow any action to be taken against any of our officers if what you said is correct,” she added.

Speaking with regard to the bribery cases against politicians and their allies that have been withdrawn by the Commission in the recent past, Commissioner Wijesundera said that it was due to an error made at the time of filing the cases.

“Without the sanctions of the Bribery Commission Chairman and the two Commissioners, cases cannot be filed. Justice Vijith Malalgoda gave a ruling that the cases that have been filed without the signatures of all three members of the Commission cannot be accepted legally. Hence we had to withdraw all these cases,” she said.

When asked why the Commission has so far failed to re-file these cases correcting the technical errors and whether it is because most of them are against Rajapaksa family, Justice Wijesundera said that she has not handled any of the said files, but added that Rohitha Abeygunawardena’s case will be re-filed soon.

“I have not handled any of the Rajapaksa family cases, but the case against Rohitha Abeygunawardena will be filed soon. The delay was that we couldn’t record a statement from his second wife. After the court holidays, we will be filing this,” she claimed.

No case against Senadipathi  – Wijesundera

With regard to case against Nissanka Senadipathi she accused the former Commission of messing up the case. “They have messed up the entire case and we had to withdraw it. As we do not have enough evidence we will not be able to re-file this case,” Justice Wijesundera said.

Meanwhile Commissioner Chandra Nimal Wakista said that there is no truth to the ‘rumour’ this newspaper has believed to be true.

“The three commissioners never interfere with the investigation work and have not given any unlawful directives to the investigation or legal officers to be carried out. I have not instructed any disciplinary action against any officer. If you name this particular legal officer I will check as to why such a rumour is being spread to tarnish my good image,” Wakista said.

With regard to the cases the Bribery Commission has so far withdrawn citing technical errors, but have not been re-filed against any of the Rajapaksa family members, the ruling party politicians and their allies, Wakista said that it is misleading to say that cases have not been re-filed.

“After we withdrew these cases there is an intermediate period during which the legal officers can check the veracity of the documents before re-filing them. How can you accuse the Commission of not re-filing these withdrawn cases when we have already re-filed nearly 30 out of all the withdrawn cases,” Wakista added.

Wakista: Not aware of Rajapaksa cases

“These case files are with the legal officers and not on our tables. Unless these files are sent to us for our perusal, we do not know against whom bribery cases are filed in courts,” he claimed.

When asked by Wakista as to why bribery case no: BC/ 2051/16- which was filed against Nissanka Senadhipathi of Avant Garde Armoury and later withdrawn- has been set aside over the past several months without re-filing correcting the said technical errors, Commissioner Wakista said that the case was dismissed by the court, but not withdrawn by the Commission. “When a case is filed, we have to go through the documents carefully to see how credible the case is. All the cases we had to withdraw were done so due to flaws we have made,” he said.

Although the two Commissioners, Justice Wijesundera and Wakista refuted the allegations levelled against them, highly reliable officers on strict condition of anonymity confirmed with this newspaper that the legal and investigation officers are subjected to harassment for not fulfilling their (Commissioners) goals.

“If Justice Wijesundera believes that the case was messed up that means the present CJ is responsible for messing up the case. It is clear that the present commissioners are attempting to close the case on the basis of a ‘mess up’ to enable them not to refile the case after the Presidential immunity is over.”

“Those who openly refuse to comply with unlawful work are subjected to harassments. The two Commissioners have contradicted each other’s statement in regard to Nissanka Senadhipathi bribery cases. There were two bribery cases against Senadhipathi. How can they say that the former Commission has messed up the case and that was why it was withdrawn and cannot re-file it? The indictment papers were drafted at the office of the then Attorney General (AG) who is the present Chief Justice. When these documents were drafted, a team of six legal officers representing the Bribery Commission and the AG’s Department worked hand in glove with the AG. We have not messed up with this case, but this case was withdrawn on the basis of presidential immunity. If Justice Wijesundera believes that the case was messed up that means the present CJ is responsible for messing up the case. It is clear that the present commissioners are attempting to close the case on the basis of a ‘mess up’ to enable them not to refile the case after the Presidential immunity is over. It is clear whose interest they are attempting to protect.

The second case against Senadhipathi was for offering Rs.35 million to Maj. Gen. Palitha Fernando, to bribe the officials to obtain the floating armory project from the Sri Lanka Navy. Let them misplace or destroy these files, but when the time comes we are ready to expose these as we know how to punish those who were involved in unlawful activities,” sources added.

The sources further revealed how ‘Wijesundera once accused the legal and investigation officers of filing indictment against ‘our people’.

“Justice Wijesundera once openly said that we have indicted 82 of ‘their people’ and we were being forced to get these cases withdrawn. It is an irony that Wakista along with the other two members of the commission- who took the initiative to withdraw the Rajapaksa cases- now says he is unaware that there are cases against the Rajapaksas. When it came to Mahindananda Aluthgamage’s case the investigation officer was forced to submit a report to enable its withdrawal; howver he did not carry out the unlawful order. Even the AG’s Department representative did not want to withdraw the case. As there were objections these Commissioners sent one of the officers, who is in support of them, to courts and got the case withdrawn. They are openly withdrawing the cases without any fear or shame,” sources alleged.

According to the sources, after Senadhipahi’s case was withdrawn, he had walked into the Inquiring Officer’s room and had threatened him saying that he would get him transferred out to Jaffna and report to the ‘hierarchy’. Although this officer lodged a complaint with the Commissioners, but to-date no action has been taken.

“Although this Inquiring Officer was not transferred out, he was removed from all investigations and transferred to the administrative division by the Commissioners. These three Commissioners want to safeguard Rajapaksa family members and other politicians and their allies from being prosecuted, under a future honest Commission all these cases would be taken up,” sources added.

Meanwhile, the sources also accused Wakista of allegedly using Commission vehicles and Preventive Officers to work for the All Ceylon Buddhist Congress.

“Wakista is the new President of this Buddhist Congress and he takes our staff and vehicles whenever he wishes. While serving as a Commissioner of CAIBOC he is misusing public property which too can be investigated,” he claimed.

Refuting allegations Commissioner Wakista said that he is pumping fuel out of his pocket for private trips.

“I pump fuel to the official vehicle for my private trips. I do not get CAIBOC staff for the Buddhist Congress work. I have always maintained my integrity to the highest level. Why should I engage in any unlawful activity when I am the President of the All Ceylon Buddhist Congress? I am leading an impeccable life. I am not worried of any allegation levelled against me,” he added.