Sri Lanka: Withdraw the decision to bury the COVID-19 dead in Iranaitheevu Island – People of Iranaitheevu 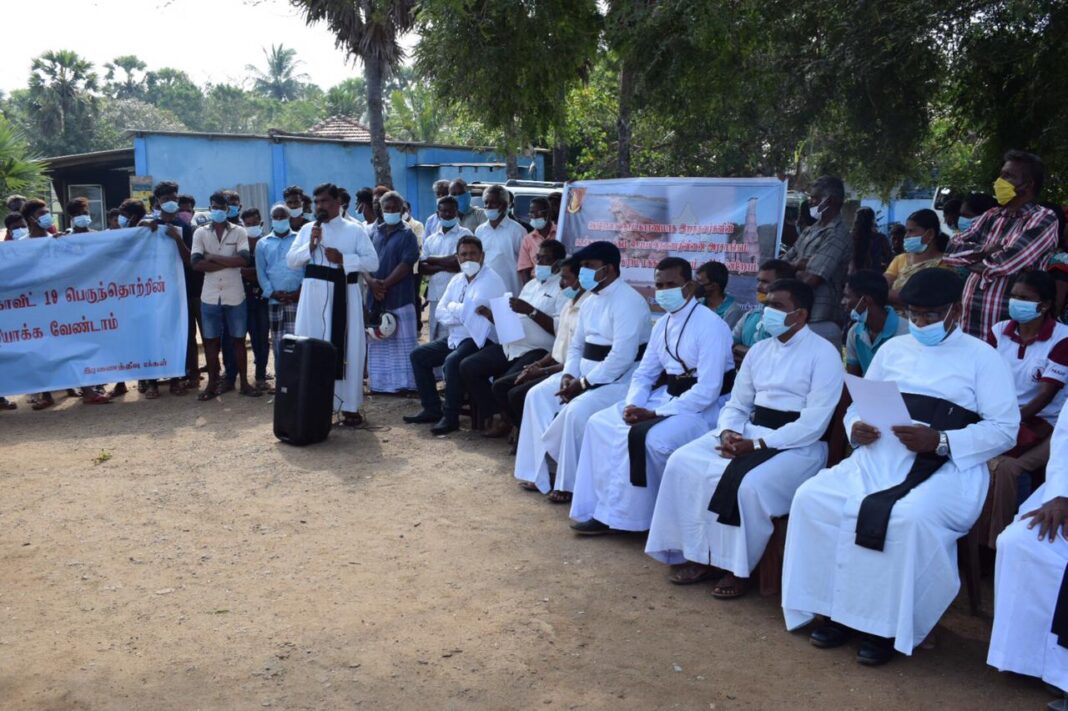 Image of the protest held today at the island of Iranaitheevu courtesy of NECC Srilanka.
The government of Sri-Lanka has decided to bury the dead bodies of COVID 19 infected persons in the Iranaitheevu island village of Kilinochchi district. Naval forces were instructed to dig graveyards beforehand on the island.
The island villagers refilled the dug graves and launched a protest calling the government not to make their island as the graveyard of the deceased of COVID 19 Pandemic.
The entire families of Iranaitheevu gathered at the local fisher port of Iranaimatha Nagar, Mulangavil and expressed their opposition to the decision of the government and made an open appeal to the government. Catholic clergy including the Vica General of the Jaffna Diocese joined with the people and extended their solidarity to the protest. The written statement of the appeal was handed over  to the Divisional Secretariat of Pooneryn, Jaffna regional Human Rights Commission Office, The Bishop of Jaffna, the Governor of the Northern Province and also to the office of the Minister of Fisheries.
The campaign was moderated by Mannar Social and Economic Development Organization (MSEDO).

An Open Appeal to the Government of Sri-Lanka.

We the people of Iranaitheevu island village call upon the government of Sri-Lanka and relevant government officials to reconsider and immediately withdraw the decision taken by the government to bury the deceased of COVID 19 Pandemic in our island Iranaitheevu Iranaitivu is an island village which is situated in the gulf of Mannar, approximately 20 kilo meters of distance from the Mulangavil/Nachchikkuda mainland costal village of Pooneryn division of Kilinochchi district, and it is the native place of to 417 families.

Due to the war, we the people of this island given up all our means of livelihoods, livestock and habitats and entirely displaced to Mulangavil area of Kilinochchi mainland in 1997. The Sri-Lankan naval forces taken the control of the island and even the war ended in 2009 we were not allowed to go back to our village. In 2016 we started our democratic and peaceful campaigns and advocacy activities for resettlement and on 23rd of April 2018, on the 395th day of our sit on protest, by our own initiation we crossed the sea by 50 fishing boats, holding white flags and landed in our island village without any hindrance from the naval forces.

At present we gradually restore our lives in the island with several hardships.
The ocean that surrounds the Iranaitheevu contains abundance of varieties of seafood including export quality sea cucumbers. It is the port of fishers of Northern part of the country when they are required to re fuel their boats, repair them, mend the nets and also to take a rest. The soil is rich, and the inland area is covered with trees and a suitable place for cultivation and cattle breeding. Making the island village as the burial ground of the deceased of COVID 19 would totally destruct our lives.

It takes nearly 1 hour and 30 minutes to travel from the Mulangavil mainland to Iranaitheevu by boat under a normal weather condition. When the sea is rough and weather is unfavourable, sea travel is prevented. Therefore, it is not practicable to transport a virus infected dead body safely by boat and cross 20 Km sea distance.

We the people of Iranaitheevu along with our fellow North and East people continuously stand up for the burial rights of our fellow Muslim community and voice against the forced cremation. We emphasize that the dead bodies must be given due respect according to the culture of our country as well according to the universal humanitarian values. Transporting the dead bodies of COVID infected persons place to place is a violation of the dignity of those deceased as well their families.

Therefore, we emphasize the Sri-Lankan government to withdraw the unwise decision that was taken by them to making the Iranaitheevu island as the graveyard of COVID deceased. We also request the government to give due respect and ensure the burial rights of Muslims and other communities in suitable places. 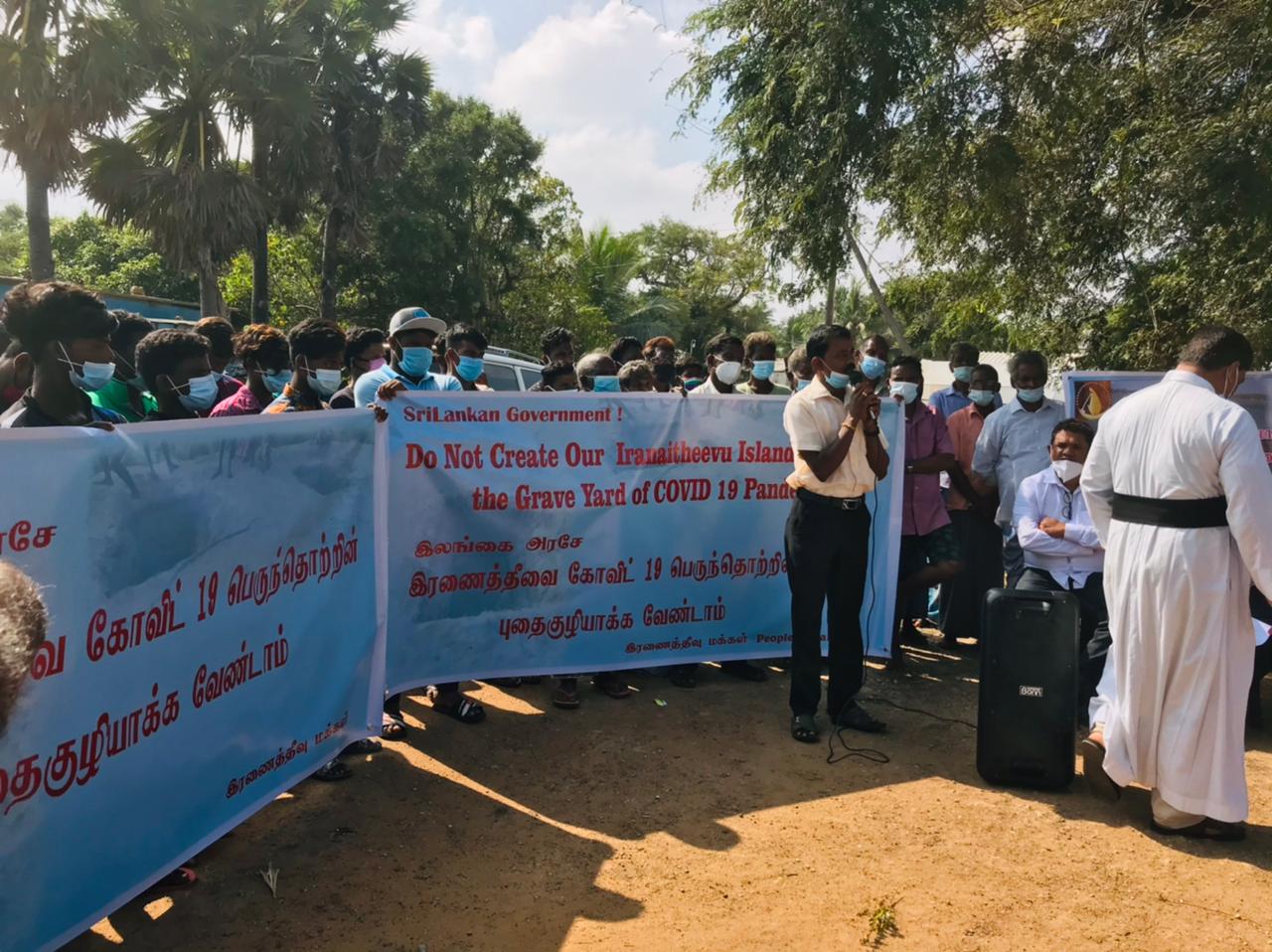