Sri Lanka: Why did PCs reject the Development Bill? 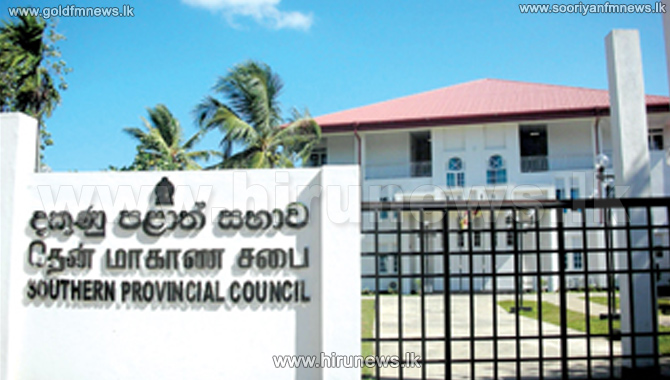 The controversial Development (Special Provisions) Bill has been rejected by all nine provincial councils where it had so far been presented, thus reflecting that they would veto the Bill which, according to the opposition parties, would give rise to ‘two all-powerful Super Ministers.’

The Bill, seemingly a programme by the UNP-led government to overhaul the national economy, aims at centralising all economic activities in every area including the provincial councils, with a common policy and plan. Though the Bill provides for the authorities to consult the Provincial Chief Ministers on the implementation of economic projects within the provinces, the provincial leaders seem to fear that their powers would ultimately be usurped and their views overruled by the proposed national economic policy and plan. Hence, this stands as the main reason, other than party politics, for the rejection of the Bill by the provincial councils.

Despite the Bill providing also for the presentation of reports on the activities of the government under this law in Parliament, the opposition seems to fear that the administration would bulldoze through using its majority in the House.

Under the Bill, there would be ten new entities entrusted with the country’s development activities. They would cover all sectors of the economy at its local as well as international level. They are the Policy Development Office, Agency for Development, General Affairs Council, Board on Rural Modernisation, Agency for International Trade and five Regional Development Boards.

Prime Minister Ranil Wickremesinghe who holds the portfolio of National Policy and Economic Affairs would be in-charge of all other institutions. But the Agency for International Trade in turn would comply and implement the decisions of the Agency for Development.

For the purpose of encouraging rapid economic growth, the National Policy and Economic Affairs Minister (currently the Prime Minister) may, in consultation with the Chief Minister of the relevant province, designate ‘Economic Development Areas.’

Further, there would be an entity called the ‘Agency for Development’ for the purpose of stimulating, expanding and developing economic growth through the National Policy framework. Where such plans and programmes relate to any provincial subject, the Agency would consult the Chief Minister of the relevant Provincial Council on it.

The Agency would give directions in the discharge of duties and functions of the Board of Investment (BOI), the Sri Lanka Export Development Board and the Information and Communication Technology Agency, while giving directions to the Civil Aviation Authority, Sri Lanka Ports Authority, National Water Supply and Drainage Board and the Sri Lanka Tourism Promotion Bureau to ensure the effective implementation of plans, programmes or schemes approved under this Act.

Where the BOI or Sri Lanka Tourism Development Authority seek to embark on a venture in any such economic development zone, it should obtain the approval of the Agency.

However, the provisions of the Land (Restrictions on Alienation) Act, No.38 of 2014, would not apply to an investor registered under this law.

There would be a General Affairs Council (GAC) of the Agency consisting of eight persons including the minister in-charge of Development Strategy. It would be responsible for managing and administering the Agency’s affairs. The Agency would submit an annual report to the National Policy and Economic Affairs Minister (currently the Prime Minister) giving an account of its activities during the preceding year which would be placed before Parliament.

Furthermore, a Board on Rural Modernisation (BRM) is to be constituted consisting of the President, the Prime Minister, Ministers of finance, rural economy, land, development strategies and international trade, industries, agriculture, fisheries, plantation industries and animal husbandry, Chief Ministers of all the provinces and seven other members appointed by the President.

The BRM may issue guidelines to the Agency regarding steps to modernise and boost the rural economy, and also to facilitate coordination among the Agency, government and the provincial administration for the implementation of programmes that relate to rural economy.

Five Regional Development Boards (RDBs) would be set up to coordinate at a regional level the implementation of development programmes and projects of the government and the provincial administration. They would be the Southern, Wayamba, Central, Eastern and Northern Development Boards. The Western Province would not be included in any RDB.

The RDBs would consist of a Chairperson appointed by the National Policy and Economic Affairs Minister (currently the Prime Minister) and Chief Secretaries of relevant provincial councils among others.

Every RDB, after consultation with the government and provincial administration, would prepare a report on all plans and programmes in each district in such region for the years 2017, 2018 and 2019. The relevant RDB should take steps during such consultations to ensure the initiatives are complementary and consistent with national policies and goals. Further, they are expected to submit a draft — a three-year Regional Development Master Plan — incorporating all plans.

Subsequently, the Cabinet, after consultation with the Chief Minister of the relevant province, would grant approval for the three-year plan with or without amendments. However, it would be the National Policy and Economic Affairs Minister (currently the Prime Minister) in-charge of the development in all RDBs.

The most controversial clause of the Bill is the one which says: “No action or prosecution shall be instituted against the Agency, Board or other institution” or any member, officer, servant or agent of those bodies for “any act which in good faith is done, or purported to be done.” Interestingly, this clause has been proposed 18 months after the legal immunity conferred to the executive President was reduced by the 19th Amendment.

One would not deny the fact that this might be the first ever legal framework, if implemented, to overhaul the entire economy of the country after the reforms presented by the Colebrooke – Cameron Commission in 1832. Also needless to say, that a centralised body and a single policy framework are necessary for a planned national economic advancement. However, the legal framework, even if sanctioned by the Parliament and provincial councils, could be convinced by the people only after specific viable economic plans and programmes with possible investors and markets are cited, as almost all lofty schemes hitherto presented by many governments after Independence have flopped or not taken the people to the promised land.

On the other hand, the fear among the provincial and opposition leaders is also justifiable, considering the fact that all institutions involved in economic activities such as the Board of Investment, the Sri Lanka Export Development Board, Civil Aviation Authority and Sri Lanka Ports Authority, apart from the proposed Economic Development Areas within the provinces, are going to be controlled by one agency which would be an economic super power in the country with legal immunity.
www.dailymirror.lk