SRI LANKA: Whose remains are in the mass grave at Matale 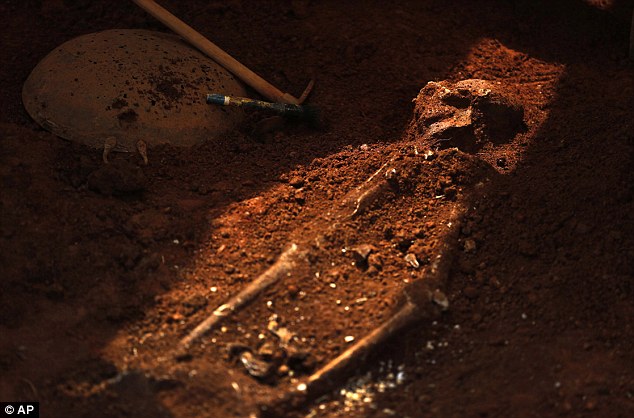 The publically known facts about the mass grave at Matale is that the remains of 154 persons were discovered in this grave, that the remains show injuries which indicate that they were all murdered and that most likely they were assassinated sometime between 1986 and 1991.

However, the key question is as to whose remains these are. Identifying the exact names of those whose remains are inside this mass grave is of importance, not only for future initiatives relating to justice but it is also important from the point of view of the families who lost loved ones during this period. For many families what happened to their loved ones who ‘disappeared’ is a vital psychological and emotional issue. Besides the importance of this information for the families the names of these persons are also important from a political and sociological point of view. If the question as to who they are can be established then through other sources of information it is possible to establish how their remains came to be there.

In order to find clues as to who they are we looked into the records of evidence given to the special presidential commissions of inquiry to investigate into involuntary disappearances appointed by the Chandrika Bandaranaike government. These commissions recorded the evidence of thousands of complainants who revealed to them various information about the disappearances of members of their families, or someone known to them or someone that they were concerned about. Literally, hundreds of thousands of pages of this evidence is in our possession.
Since this mass grave is in Matale we looked into the evidence given to the Special Presidential Commission for Central and the Uva provinces.

We particularly looked into complaints of disappeared persons from Orvilikanda, Ratthota, Aluviahara, Kaikavela, Udasgiriya, Gurubabila, Matihakka, Mumandeniya and Alakolamada. Many complainants from these villages told moving stories about persons abducted and also about those who abducted them and further, particular reasons for which they were abducted. Shocking details of petty reasons which led to the arrest of several of them which took the form of abductions belies the version that all these persons were active fighters for the JVP who took up arms against the government.

From these complaints we were able to gather the names of the following missing persons from these areas.

We have not included in this list those persons whose bodies were found at the time.

The details found in the statements made by complainants before the Special Commission provided telling details of reasons for some of the abductions. The persons listed from No. 2 to 15 were assisting at a Piritih Maduwa at Polwatta Kaikawela. This Piritih Maduwa was constructed by a gem merchant in the area. It was when these persons where there when a Delica van and a Pajero arrived with 12 army officers in commando kits and took them away. These persons had had some political problem with the local politician, one Mr. Kavirathna. According to the complaint made to the Special Commission this Mr. Kavirathna later boasted that a number of persons who opposed him are now under the earth. The complainants further said that when the dead bodies were exhibited on the roads in those days Mr. Kavirathna arrived to check as to whether his opponents were among the dead.
Regarding the person under No. 16, W.A. Sirikumara of Mumandeniya, a complaint of his abduction was made to Mr. Gotabaya Rajapaksa who was during this time in charge of the Gajabara Regiment. Regarding the same person complaints were also made to S.P. Balasuriya who was in charge of the area. A complaint was also made to one Mr. Nawalage who was in charge of the ‘I’ Branch of the police at Matale.

It is likely that the remains of the persons who are named above could be among the bodies found at this mass grave.

If details are collected from the complainants and other family members the mystery about whose remains have been found can be resolved. Perhaps much more information may be available with the villages in the localities named above which may be helpful in identifying the persons who were buried in this mass grave.