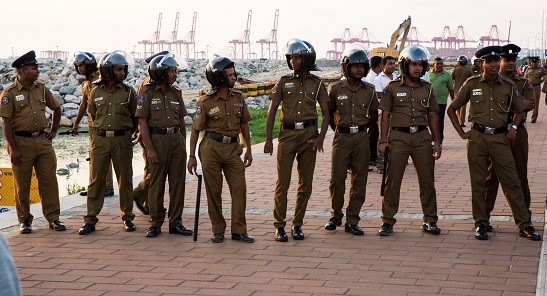 As Prime Minister had instructed the CID not to summon journalists with regard to the investigations into the scam a team of officers of the Criminal Investigations Department (CID) today (28) visited the office of local media Lankadeepa which is situated in Hunupitiya, Colombo.

Minister Alahapperuma told media that Minister in charge of Police  Sarath Weerasekara informed that journalists will not be questioned and even apologized to the journalists.

Contrary to the media minster’s statement the CID team had arrived at the office to record statements from the editor and few other journalists of the media institution who had reported claims made by the former Director of the Consumer Affairs Authority (CAA) Thushan Gunawardena.

Lankadeepa had reported allegations levelled by Gunawardena on malpractices involving the state-owned enterprise, Lanka Sathosa, which led to authorities uncovering a Garlic scam.

However, as the Editor had informed the CID that they were not prepared to record a statement today, the CID team had left the premises immediately after.

The CID team has reportedly informed the group to report to the Department on another day, Lankadeepa said. 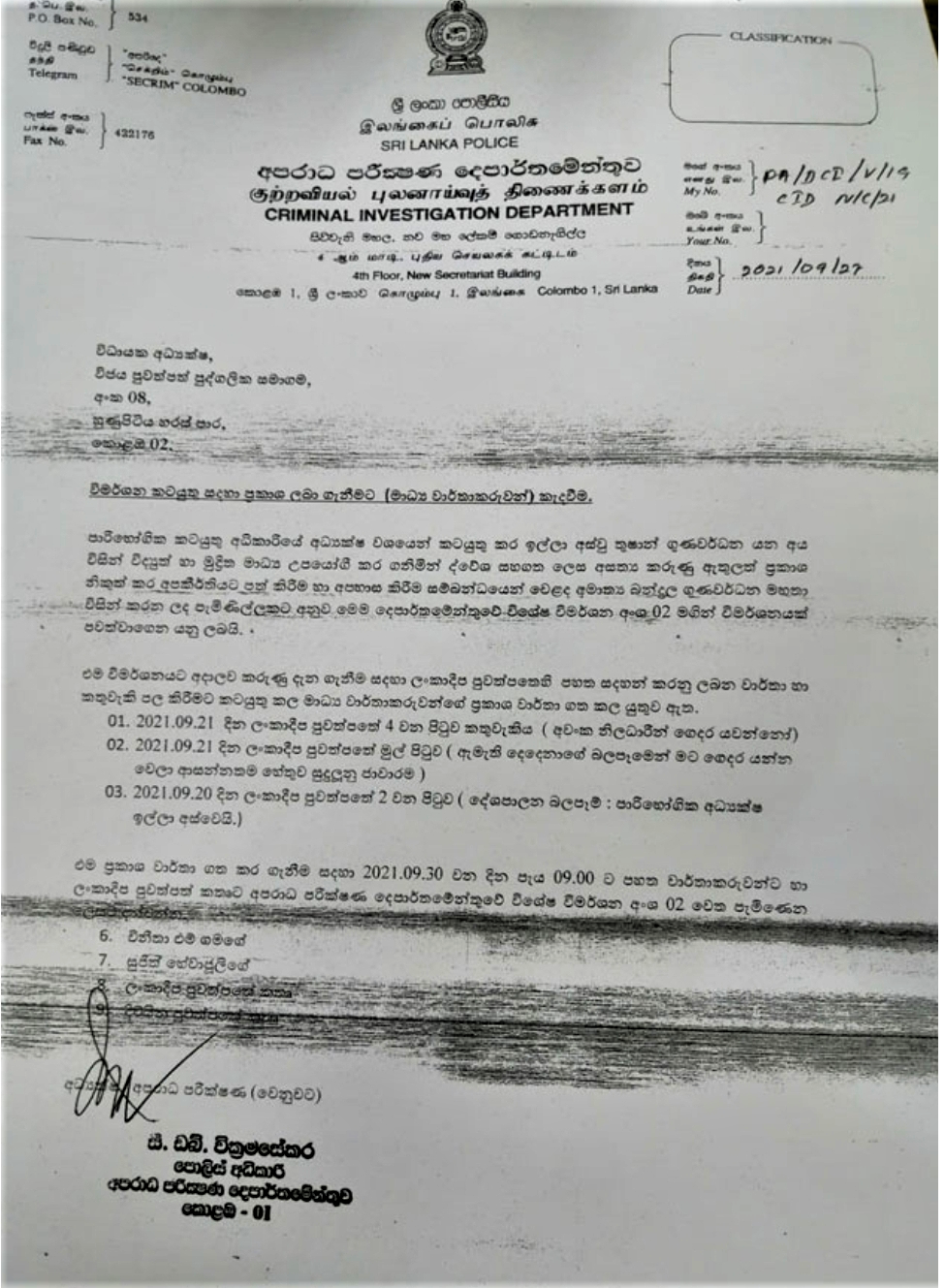 According to sources, the CID had summoned few journalists after Minister Bandula Gunawardena had complained over several comments made by the former CAA Director criticizing the Minister over the Garlic scam.

With the inputs from NewsWire.