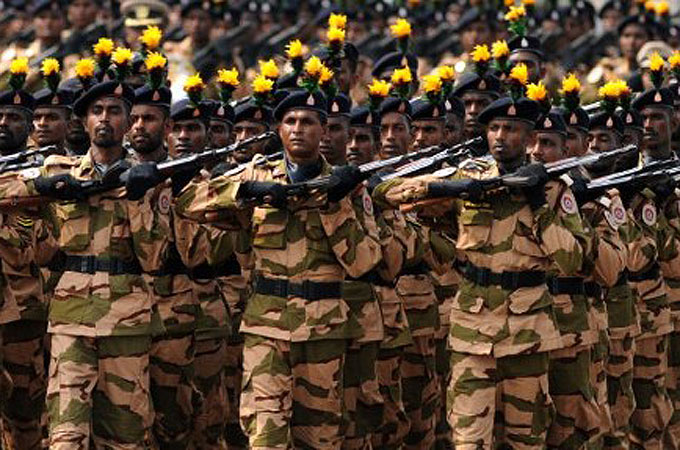 By Usvatte-aratchi–
The very high proportion of total expenditure that government pays off as interest on public debt in 2008 and 2013 is a result of deliberate government policy to tax the public low because it wanted to win elections and yet raise government expenditure for more reasons than one, some of them entirely fraudulent and cynical. A desire to tax low and spend high must result in heavy borrowing and the high interest payments are the ineluctable result.

I put together some figures which help one to speak sensibly about this question. One of the main strands in our claim to be a civlised people in the 20th century, which came under question towards its end, was the high priority that this society gave to state provided subsidised food distribution, state financed health services, especially vigorous public health campaigns and state financed education. These in combination reduced infant and maternal deaths and raised the average expectation of life at birth, raised levels of nutrition among the public, especially the poor, and permitted people to read and write. These are massive achievements. They permitted someone like me to begin in an illiterate home and end up in Cambridge. They were made possible by an enlightened leadership, not simply of leftist politicians but also of generous individuals who saw value in giving their own personal wealth to build schools for government. Children, rarely, if ever, were prevented from going to school because they were female, from disadvantaged families or were poor. Compared with situations in our neighbouring countries, or even the now rich countries in 18th and 19th centuries, these were indeed marks of a highly civilized people.

More narrowly, I am interested in the way government spent the money it had collected from tax payers, borrowed both at home and abroad and grants received from governments and other organisations overseas. For this purpose we need to classify expenditure into various functions on which government spent money. This is done quite satisfactorily by the Central Bank for recent years and published in its Annual Report. For earlier years the classification is not so neat and I managed with the best that I could put together. Comparisons with 1974 are done with due reservations in mind.

There is a substantial amount of expenditure in 1974 that is not classified. This because, I did not have the data at hand. Someone can earn an MA degree if he/she were to classify government expenditure systematically for the years 1948 to 1980. I once tried a classification for the early years but that is entirely unsatisfactory now in light of new knowledge.

Interest on Public Debt
There is one figure that is quite neat and can be compared straight away: interest on public debt. It does not contain impurities that hinder easy comparison as in other categories. In 1974, government paid 10 percent of all its expenditure as interest on public debt. The reasons are well known. The stock of debt was low because, first governments up to that time had decided that it was not wise policy to borrow heavily to pay for largely expanded expenditure. Secondly, loans from overseas were mostly from governments and intergovernmental organizations and at very low concessional interest rates. There were also a substantial amount of outright grants. Thirdly, the rupee had been kept fairly stable in value and therefore the foreign debt, denominated in foreign currency, did not rise in rupee terms and raise interest payment in rupees. In contrast during the last two decades, government had spent well above its revenue and the resulting inflation had perforce depreciated the currency raising the rupee value of debt denominated in foreign currency and the costs of servicing that higher rupee debt.

The very high proportion of total expenditure that government pays off as interest on public debt in 2008 and 2013 is a result of deliberate government policy to tax the public low because it wanted to win elections and yet raise government expenditure for more reasons than one, some of them entirely fraudulent and cynical. A desire to tax low and spend high must result in heavy borrowing and the high interest payments are the ineluctable result. Interest rates in international capital markets have been remarkably low in recent years and if they rise sharply, interest costs of government will rise further. The expenditure of government has been high also because there have been no competitive bidding for the construction of large infrastructure projects, contrary to the practice of all responsible governments. Departure from these norms are best accounted for by the Rajapakse government. In contrast, had government decided not to undertake huge infrastructure projects whilst it had to raise expenditure on the war, or to raise taxes to pay for war, we would not have been fallen into this straight jacket of having to lay aside annually 25 percent and more of all government expenditure to pay interest. Rajapakse government also deliberately adopted a policy of allocating government expenditure to Economic Services, especially on transport and communications and to keep down the proportion spent on Social Services. Consequently, expenditure on Education and Health has fallen as a proportion of total government expenditure. I consider this strategy wrong.

On 09 August, the Secretary to the Ministry of Defence in a lecture, occasionally interrupted by a prop put up by SirasaTV, told the public that in 2014 we were yet in a Warfare State with a heavier emphasis now on intelligence operations compared to battle field operations in the years up to 2009. It is strongly argued by Rajapaksa government that there was no alternative to that set of policies. By and large the public agrees enthusiastically. Anyone who argues the contrary case is a traitor. Many governments, especially in Africa and a few in Asia do not see that there was an alternative. However, someone knowledgeable needs to work out an alternative scenario and compare the costs. It is necessary that we do not be traitor to the discipline that we cultivated. My argument here is that the terrorist movements in the North and the East and government’s reactions to them, enthusiastically endorsed by the public, have converted us from a Welfare State to a Warfare State. And that transformation continued to the indefinite future will have consequences injurious to our welfare.

Public Expenditure in Britain
I present, for rough comparison, a set of figures on public expenditure in Britain presented by Ursula Hicks of Oxford, some 60 years ago. From about 1800 to 1950 Britain was an imperial power and spent large sums of money on defence. In 1913, the year before the outbreak of the 1914-18 war, now one hundred years old, and well before the emergence of a welfare state, expenditure on defence amounted to 38 percent of total central government current expenditure to fall to 14 percent in 1923 and to rise to 25 percent in 1950.

The observations of a recent writer (William Fawcett [2014], Liberalism, pages 196-7) contrasting the ways in which Germany and Britain paid for the 1914-1918 war are relevant to us, leaving wide allowances for the large differences between the two situations. ‘…. Only 40 percent of Britain’s central budget went on defence, as against 90 percent of the Reich budget in Germany……..When war came Britain paid for it…..by taxing its own people. Germany paid for war almost by borrowing.’ We all know the different consequences.

Given our 20th century history, I expected that we would revert to a Welfare State soon after the war. From the evidence for 2013, five years after the end of the war which eliminated LTTE as a fighting force, which was the rationale for conversion to Warfare State, we remain a Warfare State, probably for the foreseeable future, judged by policy statements by government and confirmed by the Secretary/Defence on 09 August. In 2013, government still allocated 12 percent of its total expenditure to Defence and Public Safety. Recall the 3 percent in 1974. Government’s further policy of raising expenditure on Transport and Communications whilst maintaining very high expenditure on Defence and Public Safety has denied us the benefits of a Welfare State. These policies of government has made it necessary to borrow both at home and overseas, raising Interest payment on the public debt and to reduce expenditure on Social Services. The President of the Republic, who is also the Minister of Finance, speaks jubilantly about his policies. I don’t hear other members of the Cabinet or the academic community discuss these major changes in policy, which depart from that which was dear to us, most of the 20th century. Nobody else in government nor in universities nor in civil, society, seems worried about this change. I find these policies of the Rajapakse government wrong and not in our short or long term interest. I want to revert to a Welfare State. Unfortunately, the public are not aware of the consequences of a Warfare State and wrongly imagine that they can go back to the benefits of a Welfare State whilst remaining a Warfare State. No, we cannot. They cannot go together. The sooner the public realise that, the better for all of us.

My wish list
My wish list would be that we do not allocate more than 20 percent of total government expenditure on interest on debt with plans to reduce it further to 15 percent later. That would require that we raise taxes and restrain other expenditure severely. We may not need higher rates of taxes if existing tax laws are administered honestly. We do not need a teacher for every 18 students in school. A teacher on average can manage a class of 24 students. We do not need one public officer for every 14 persons in the population (20 million divided among 1.3 million public servants) as we do now and most certainly not 100 ministers. These irresponsible polices are consequences of polices that have failed to create employment in the economy. For the same reasons, the economy is compelled to exile 25 percent of the labour force to seek employment overseas. I would cut down expenditure on Defence and Public safety to 10 percent and divert more of that lower allocation to intelligence services. The allocation for other General Public Service would be 5 percent. I would keep the allocation for Economic Service at 25 percent. That would raise the allocation for Social Services to 40 percent. It is these sorts of figures that must be played with and feasible allocations arrived at.