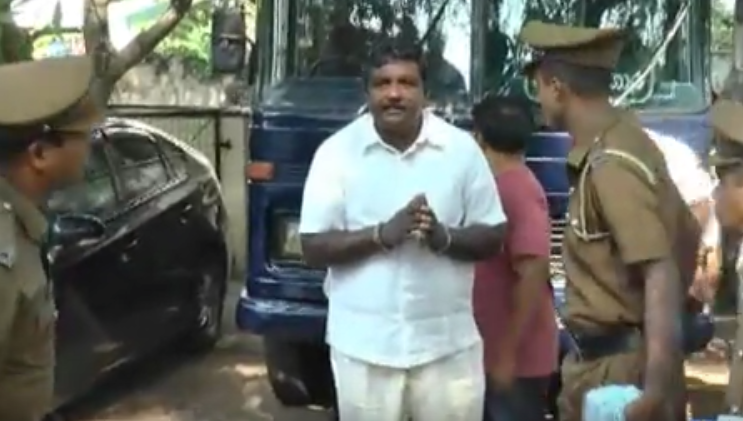 Image: Sudesh Premalal being taken to courts by prison guards.

He was immediate remanded and today judge  imposed a one and half year imprisonment suspended for seven years on him.

He was charged  on two counts, one for obstructing a public servant and second defaming the judiciary under contempt of court.

The suspect Sudesh Premalal  pleaded guilty to the charges.