Sri Lanka: Veddah Chief to file a lawsuit against the destruction in the forest reserve 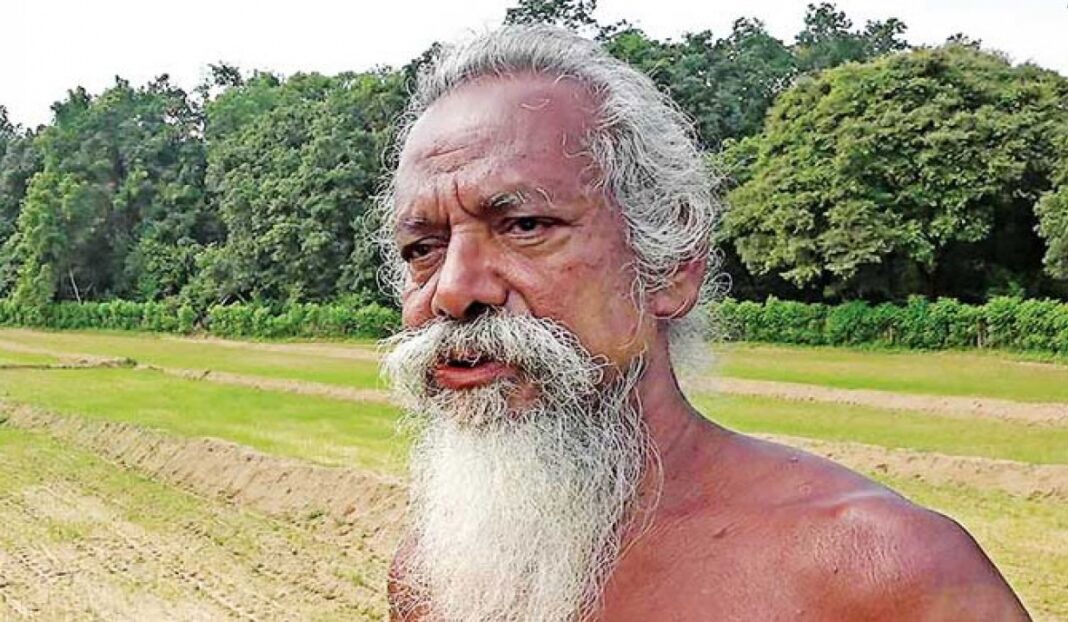 Joining the ranks of environmentalists protesting the rapid rate of environmental devastation in Sri Lanka, Veddah Chief Wanaspathi Wannilaeththo said he will take legal action if the massive destruction in the forest reserve of Galwalayaya, which is in close proximity to Pollebedde village, Mahaoya, in the Ampara District, is not halted. From leopard deaths to massive deforestation, 2020 has been one of the most harrowing years for Sri Lanka’s natural treasures. Flora and fauna are being wiped out for the sake of ‘human development’ in such unprecedented manner that it is miracle that activists are not resorting to militant protest tactics to put a stop to it, and perhaps they will after COVID-19 is over.

With his hatchet resting on his shoulder, but not on the war path, Sri Lanka’s Veddah Chief voicing his concern might as well be the straw that finally broke the camel’s back.

Wannilaeththo had visited the devastated area and seen for himself how bulldozers and other equipment are being used to clear the area and destroy the environment of hundreds of acres of forest lands within a short span of 30 days.

He said, “If these trees could talk, they would do so about the destruction that has been caused! Many people from our generation lived in Pollebedda, Seethala Wanniya and Horikana Mountain ranges. Now they have lost the right to live in these areas. The right to the land has been given to companies in various countries. This is wrong. This has to be stopped soon. If the destruction is not halted, I will join the Centre for Environmental Justice (CEJ) and take legal action”.

The recent trend of reservation lands being acquired for commercial purposes is disturbing indeed as these forests are important to the country’s ecology and play an important part in sustaining rural and indigenous communities. The other tragic fact is that the Veddah people are effectively barred from practising their way of life due to legal restrictions on hunting game and trapping as well as impeded their freedom to roam forests like their ancestors have been doing for thousands of years.

About 6,000 acres of land has been divided into 15 plots for 15 companies and sold to them by the Mahaweli Authority with top Government officials allegedly having full knowledge about this. Meanwhile, the catchment areas of the Rambaken Oya are being damaged and people are facing untold problems.

In the meantime, the CEJ Chair said that activists regret the injustice done to the local Veddah communities. “Their traditional dwelling areas are being named ‘Development of traditional cultivation areas,’ by illegal means and we cannot allow the environment that provides us with life and food to be destroyed in this manner. This is a heinous crime. It is a crime perpetrated against the people and animals as well. We will punish those responsible for this crime”.

Lawmakers will soon debate whether tourists should be allowed to hunt exotic fish in Sri Lanka’s coasts using spear guns. If this is approved (for the sake of tourists’ dollars) foreign guests will be allowed to hunt exotic fish for leisure while our very own indigenous people are not allowed to hunt wildlife just to provide for their table. We will be soon making a gaming reserve in one of our forests where high rolling foreigners can pay a small fortune to hunt deer, hare and even elephants and leopards and saying how good it will be for the economy. The day will come when we will be debating whether foreign investors should be allowed to build theme parks, golf courses and resorts on our reservations, but what answers will our leaders give then? The economic benefits will be quickly highlighted; politicians will say that “hundreds of jobs will be created” at the Media conference and activists will be ignored as usual.

Secretary to the Mahaweli Ministry, Anura Dissanayake said: “The Rambaken Oya Reservoir was built by us under the Mahaweli Development Project. The intention was to solve the water problem, from Padiyatalawa Maha Oya to Batticaloa and to develop agricultural lands. Mahaweli agricultural lands became a forest, due to the 30-year war which brought development to a standstill. What we are doing now is breathing life back into the country’s national agricultural projects. We have not taken an inch of forest lands for cultivation. We are only using Mahaweli lands for cultivation.”