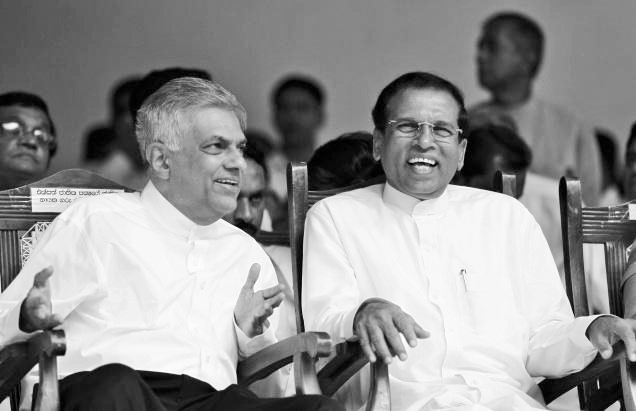 Image: “The people are sick of this, they are sick of all of you!” Sampanthan tell both!!

Sampanthan warns of nexus between corruption and dictatorship, termination of democracy.

When it comes to corruption, the country’s two main political parties are hand in glove, Opposition Leader Rajavarothiam Sampanthan told Parliament on Tuesday, as he issued a fiery warning that corruption could pave the way for dictatorship and the termination of democracy.

Speaking at the adjournment debate on the COPE report on the alleged Central Bank bond scam, the 84-year-old Leader of the Opposition said neither of the two main parties had made honest endeavours to bring an end to corruption, and accused the UNP and the SLFP of colluding and protecting each other on corruption issues.

“The people are sick of this, they are sick of all of you. They believe you must be packed off and maybe they would prefer a dictator to take over,” Sampanthan asserted, in a clear and concise eight-minute speech.

Sri Lanka had flirted with just such a scenario in 2015, but the people had prevented the erosion, the Opposition Leader explained.

Accusing the National Unity Government of failing to bring corrupt to book, Sampanthan said the country needed to know why no persons of the former regime had been charged in a court of law when so many allegations of corruption were being leveled against them.

“Is it because you are protecting them? Or because your charges are so flimsy that you can’t substantiate them in court?” he charged.

“This country is sinking under the charges of corruption, both against the UNP and the SLFP,” Sampanthan asserted.

The Opposition Leader also urged the Government to bring culprits in the 2015 bond scam to book. “Nobody should be spared. The truth must be ascertained.” Sampanthan pressed.

He urged the Government to appoint an “upright independent” commission of inquiry to go into the transaction and reveal the truth to the country.