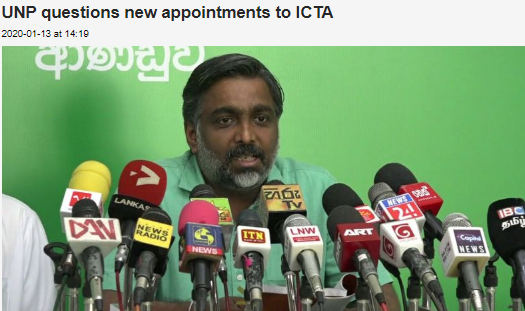 (chamindasworld.wordpress) Prof Ashu Marasinghe has said that Chaminda’s [meaning Wasantha Deshapriya] and Sanjiva Weerawarana’s appointments to the Board of ICTA are dubious and there are conflicts of interest as we were involved in developing the Digital solution for the Election Commission (EC).

What is he trying to say?
a) Is that we developed a system which could do a කොම්පියුටර් ජිල්මාට් so Gotabhaya Rajapaksa could illegally win?
b) Was that the reason two of us were appointed to the ICTA Board by GR?
c) Are two of us improving the election ICT system for General election in a way that GR can win the next election through කොම්පියුටර් ජිල්මාට්, because this government appointed two of us to the Board of ICTA?

What is the Conflict of Interest he is pointing out?

Because we developed a system sometimes back can not we hold any post of the new or future governments?

I have given leadership to develop eGovernment systems in UNP era as well as MR era. So I should not hold any position of future governments. (Whether I would accept it or not is another matter).

Why did not Prof object when I was appointed to the post of Secretary of Yaha Palana government ministry since I had developed systems during MR era?

Because Sanjiva and I are in ICTA, is it a conflict of interest for us to be involved in developing the software for EC?

As long as we are on the board of ICTA can not we be involved in any government software development activities?

Initially, ICTA developed software applications for many organizations and I as the Director of Re-engineering Government Program directed all those.

He has said I am a relative of Chairman of EC and this is nepotism හෙවත් ඥාති සංග්‍රහ. (Yes, I am Mahinda Deshapriya’s younger brother and Prof has spoken to me in the Parliament to depending the actions of Muhunthan, ex-CEO of ICTA).

If this is nepotism, did Mahinda Deshapriya appointed me or did he ask GR to appoint me the Board of ICTA? Given our family’s political background, will GR listen to MD even if MD would have requested? 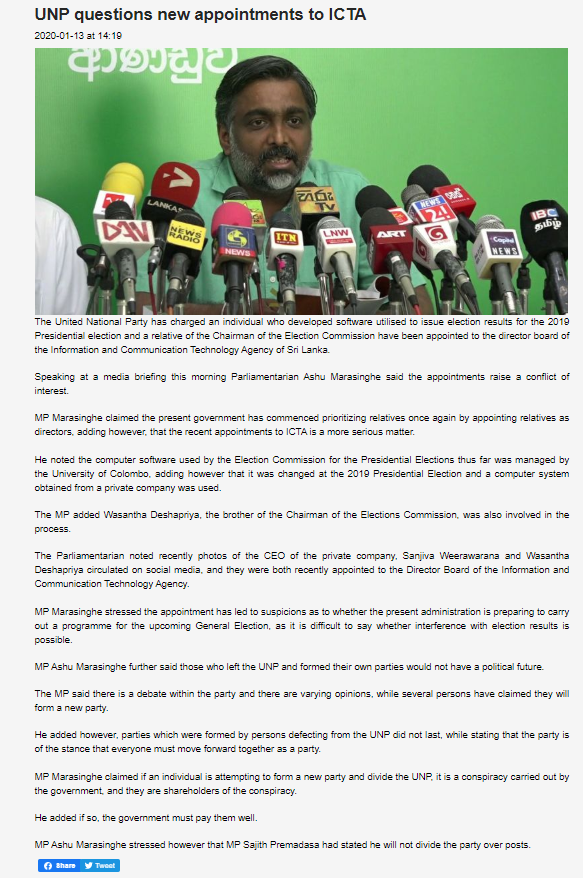