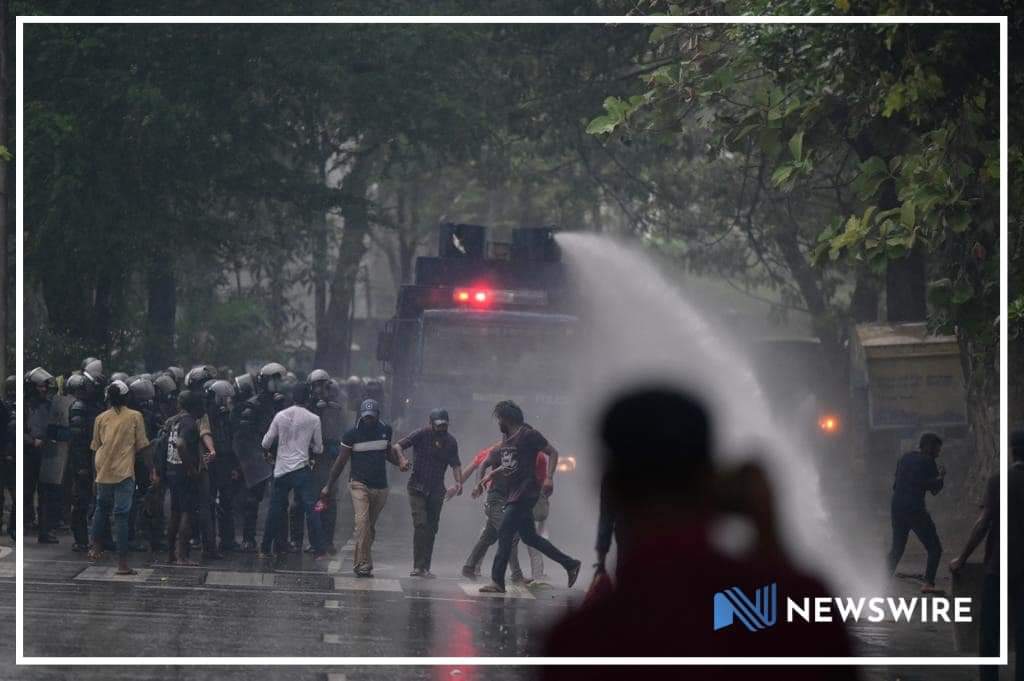 Protestors are reportedly trying to reach an iconic beachfront where mass protests last year led to the ouster of President Gotabaya Rajapaksa.

The are demanding release of Wasantha Mudalige, the convenor of Sri Lanka’s Inter-University Students Federation which was involved in key battles with police near state office in Colombo.

Police said there is a court order preventing protests in Galle Face.

Protestors marched down Marine Drive in Colombo 03, but were blocked by riot police near the Kollupitiya police station.