Sri Lanka top cop on the mat over sterilization scare 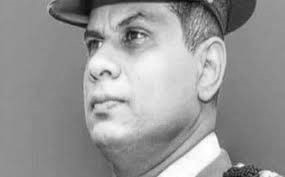 ( ECONOMYNEXT )The senior-most police officer in the North-Western province is under investigation for attempting to cause racial hatred by planting reports of mass sterilization taking place at the Kurunegala teaching hospital, a police official said.

Deputy Inspector-General Kithsiri Jayalath is facing an internal inquiry into his conduct over what has become a deeply divisive issue over the alleged crushing of fallopian tubes of Sinhala Buddhist mothers by a Muslin surgeon at the teaching hospital.DIG Jayalath whose wife is also a doctor at the same hospital had told the Divaina newspaper that Dr. Mohamed Shafi had crushed the fallopian tubes of 4,000 women thereby rendering them unable to bear any more children.The Divaina newspaper had not initially named DIG Jayalath as their source but after the Criminal Investigations Department launched an investigation into the supposed “expose” of the same newspaper, the editor and reporter divulged their source.

Both CID and the Special Investigation Unit (SIU) investigations have so far revealed that there was no basis for DIG Jayalath’s assertion. In fact, Jayalath tried to cover his tracks by inviting alleged victims to make complaints after arresting Dr. Shafi.

Shafi was arrested on a charge of amassing unexplained wealth, and subsequently DIG Jayalath invited women to complain against Shafi.

Nearly 800 women had lodged complaints that they underwent medical procedures at the Kurunegala hospital and, since then, have developed various ailments, most of them unrelated to gynaecological procedures. Only 71 women have agreed to undergo tests to see if their tubes had been crushed by Shafi, a top police source said.

He said most of the 71 women who had agreed to be tested had no records of who had actually performed surgeries on them.

A senior police officer directing the investigations said the women who agreed to be tested have now been told to initially test the fertility of their husbands. The numbers to be tested have since gone down drastically.

The CID has questioned all medical support staff and other doctors who had carried out surgeries with Dr. Shafi, but none of them has supported the claim that he sterilized women while carrying out C-section procedures.

The CID is investigating if many of the women had been induced to lodge complaints against Dr. Shafi, a unsuccessful candidate from the United National Party (UNP) at the August 2015 parliamentary elections. Shafi could not secure a seat, but is the next in line in the Kurunegala district should there be a UNP vacancy in the district.

The director of the Kurunegala hospital, Dr. A. M. S. Weera Bandara is an activist of the Sri Lanka Podujana Party (SLPP) and a close associate of MP Wimal Weerawansa. Police have zeroed in on the director as a key figure behind the public scare.

Shafi’s financial success is also said to be the subject of envy among many of his peers. His purchase of a block of land in the Kurunegala town for 135 million rupees had fuelled speculation about his wealth.

However, investigators found that the purchase had been made by four people, including Shafi. Half of the purchase price had been raised as a loan from a commercial bank.

Police said the CID investigation was almost over and details of the case would be unveiled at the Kurunegala Magistrate’s court on June 27.

Police are likely to ask the magistrate to initiate action against their own officer who could face charges under the ICCPR Act for causing racial hatred and dissention in the country and fuelling racial tensions. The director of the hospital too could face charges, according to sources close to the investigation. (COLOMBO, June 17, 2019)