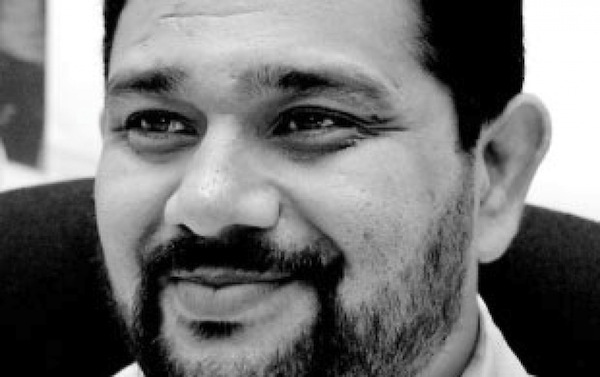 “And what rough beast, its hour come round at last,
Slouches towards Bethlehem to be born?”
‘The Second Coming’, WB Yeats (1919)
Must the Sri Lankan citizenry accept or acquiesce in the sacrifice, even in peacetime, of due process and civil liberties at the altar of an absolutist model of security?
The state, or rather its hard-core and its propaganda apparatuses, has sallied forth to defend its conduct in the Azath Salley affair. Unpacking its aggressively defensive discourse, many things stand revealed.

Firstly, that the doctrine of pre-emptive hyper-securitisation has increasingly become the driving doctrine and dominant ideology of a democratic, pluralist state.

Secondly that the arguments used to justify the handling of Azath Salley, reveal that the lessons of the recently ended protracted conflict have not been learned.

Thirdly that those lessons which are being trotted out as deriving from the thirty years war, are completely at variance with the conclusions of the Lessons Learnt and Reconciliation Commission.

Fourthly that the doctrine now enunciated is asymmetrical with the norms and practices of any civilised democracy, most especially those of the Commonwealth that we are gearing up to lead.

Fifthly, that the arguments and doctrine now enunciated are portents of a dark and dysfunctional future.
The crucial argument of the state’s security bureaucracy is that Azath Salley issued a call to arms in the pages of a journal in Tamil Nadu. Let us take that head on. Unlike in the case of the mullah in the UK who was detained for incitement of violence, there is no incontrovertible video evidence. There is a statement which has since been contradicted. In the matter of a statement purported to have been made to a publication, a democratic state does not detain the individual for 90 days. It brings him or her in to record a statement. This is all the more so in the event of complaints made against a person. No one can be arrested in a democracy or any society in which the rule of law prevails, on the basis of either an alleged statement or a plethora of complaints. The norm is that he is requested to come down to the station for the purpose of questioning and the recording of a statement. The matter is then referred to the legal officers within the police or in the office of the attorney general who then determine whether there is a prima facie case to move to arrest and detain the individual. That’s called ‘due process’.
Let us assume that Salley did make a statement of a dangerously provocative nature. Who knew about it? Only the readers of Junior Vikatan (and I must apologise for having erroneously identified its editor as Cho Ramaswamy). Who knows about his alleged call to arms now? Only the whole country, all the Muslims in it, and some part of the world. Who disseminated to all corners of the country with far more efficacy than the muezzin at Friday prayers? The Sri Lankan authorities who chose to detain him for it and blare it out for all to read and hear. If not for that miscalculation, Azath Salley’s alleged call to arms would have remained in the pages of a publication known only in parts of Tamil Nadu. I mean, it isn’t like he said it on NDTV.
Beneath the logic of arresting Azath for his supposed statement to an obscure publication overseas, is another rationale. The argument seems to be that what was wrong in the past, what led to the war, is that the state was too soft; not fast and harsh enough. Evidently Prabhakaran should have been arrested for inciting violence. But Prabhakaran never made any public speeches until Sudumalai in 1987. He wasn’t inciting violence on public platforms. In fact he literally disrupted many such platforms on which Tamil nationalist politicians were campaigning. ‘Thambi’ was organising deep underground. The point I seek to make, is that it is dangerously counterproductive to confuse ‘above ground’ political activism and rhetorical militancy, with underground armed activity. The former is legitimate in a democracy.  Erroneous – even dangerously radical– ideas spouted in the public domain have to be countered by correct ideas, not repression.  It is inexcusable that in peacetime, ‘hard targets’ and ‘soft targets’ be confused and treated alike.

A variation in the argument of the hawks, is that Tamil politicians should have been prevented from making provocative statements in decades past, and that had a policy of zero tolerance been embarked upon, there would have been no war. Now that is simplistic on several counts. The Tamil politicians were arrested and detained many times, and that didn’t prevent the armed conflict, not least because it isn’t such elements who practise armed struggle. Furthermore, anyone who pronounces on the politics of Tamil separatism must study its history and that history shows that the nationalist politicians were following the lead of and were propelled by the militant or radical youth movements from below, rather than the other way around. They were echoing the rhetoric from below and from the periphery of society. Intolerantly locking up the mainstream politicians would not have helped, and inasmuch as this was done, it only helped the radicalisation of the struggle.

Another point sought to be made by propagandists is that Salley is a mere City politico-businessman.  If so, why treat him as a major threat to national security? Why assume that a call to arms by him, if he made one, will resonate within his community at all? Why not assume that no one will give a rodent’s rear end about his rousing ‘call’? Why amplify a squeak? Why turn him into an internationally known name? Does this sound logical?
If the counterargument is that post-war peace must be preserved by a crackdown on hate speech and incitement, the obvious question arises as to why no such crackdown was launched against those who hurled vicious abuse and incited hatred against the Muslim community on public platforms and who discourse was followed – and arguably led to –acts of civic violence. Where was the vigilance, due diligence and doctrine of deterrence then? Azath Salley’s rhetorical flourish, in which he was never abusive towards the Sinhalese or Sinhala Buddhists as a community, if at all he indulged in it, came after, not before.

When Sri Lanka was nominated as host of the Non Aligned Conference and chair of the Non Aligned Movement under Madam Bandaranaike there wasn’t a single dissenting voice within that movement or anywhere in the world. As Sri Lanka plans to host the Commonwealth summit, there are. It is highly likely that there will be a global media and civil society campaign which causes considerable embarrassment to this country and further tarnishes its name, as the summit nears. This makes it incumbent upon Sri Lanka to demonstrate that it is indeed suitable beyond a reasonable doubt, in terms of its adherence to and practice of the democratic values, virtues and spirit of the Commonwealth to chair that organization for two years. It is against this backdrop that the Azath Salley saga continues.
Photo courtesy The Nation
GV