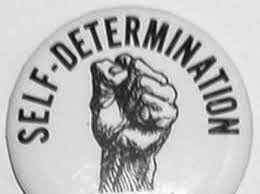 The Tamil National Alliance (TNA) says the Tamils in Sri Lanka want autonomy and welcomed a call to this effect made by the National Peace Council (NPC). TNA leader R. Sampanthan says the best way the Government can avoid international pressure following the adoption of the recent resolution at the UN Human Rights Council is to agree to give Tamils autonomy.
The National Peace Council had last week urged the government and other political parties in the country to urgently set up institutions to enable the Tamil people to be given a measure of autonomy.
“The government held elections and established the Northern Provincial Council. But it is useless unless the Northern Provincial Council is allowed to function without undue interference from central authorities. It must also discuss with the TNA a more inclusive political solution. We also call on the government to come up with a national investigative mechanism that could cooperate with the UNHRC-appointed investigative body on the issues of truth-seeking and accountability. We refer to the East Timor example where the members of the national Commission were appointed by the UN and which was allowed to function without hindrance from the military,” NPC said.
The NPC said that all parties in Sri Lanka should be honestly committed to develop and foster new, mutually beneficial relationships. It noted that the absence of dialogue between the different stakeholders weakens and leads to the destruction of relationships.
“We advocate a mechanism that will create opportunities for all stakeholders, including the Tamil Diaspora, to engage in a process of dialogue that will lead to reconciliation,” the NPC had added. (Colombo Gazette)
Share
Facebook
Twitter
WhatsApp
Pinterest
Email