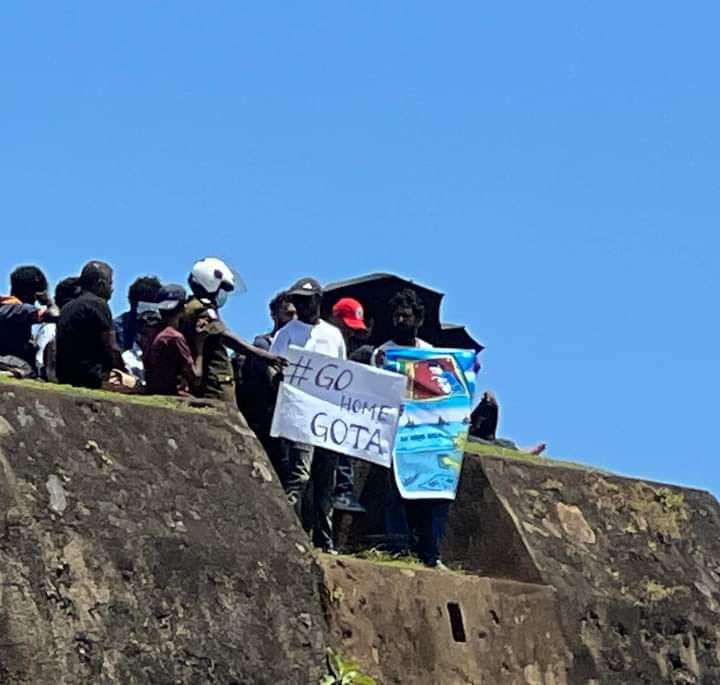 In a letter addressed to the Inspector General of Police and the Commander of the Sri Lanka Army today (30), the Bar Association of Sri Lanka (BASL) noted that it has been drawn to their attention that a group of protesters who were holding banners and placards with slogans critical of the President and the Government have been removed from the ramparts of the Galle Fort by the Police and Army yesterday (29th June).

“It has also been drawn to our attention that the particular area of the ramparts of the Galle Fort are public areas and hence that there is no lawful reason to disperse protestors. We continue to remind you of the importance of allowing people to exercise their freedom of speech and expression including their right to dissent. The suppression of the people’s right to protest and dissent is not the answer to the present situation in the country where the people are facing untold hardships due to shortages of fuel and other essentials,” the BASL said.

“We are also concerned by reports that Sri Lanka Army personnel had also been involved in removing the protestors. Such involvement by Army personnel is not in accordance with the law,” it said.

In conclusion, the IGP and the Army Commander were reminded of the words of the Supreme Court in the case of Amaratunga V. Sirimal and others (Janagosha Case) [1993] 1 SLR 272 where the Supreme Court set out the duties of the Inspector General of Police as follows:

“Stifling the peaceful expression of legitimate dissent today can only result, inexorably, in the catastrophic explosion of violence some other day. Hence the obligation cast upon this Court by Article 4 (d) of the Constitution, to respect, secure and advance fundamental rights, would amply justify the exercise of our power (under Article 126 (4) to give directions to the police to ensure that they will respect the citizen’s fundamental right of speech and expression, and will not suppress peaceful protest. We trust, however, that the Inspector General of Police will of his own volition issue appropriate directions and instructions to all Officers-in-charge of Police Stations, that criticism of the Government, and of political parties and policies, is, per se, a permissible exercise of the freedom of speech and expression under Article 14 (1)(a).” 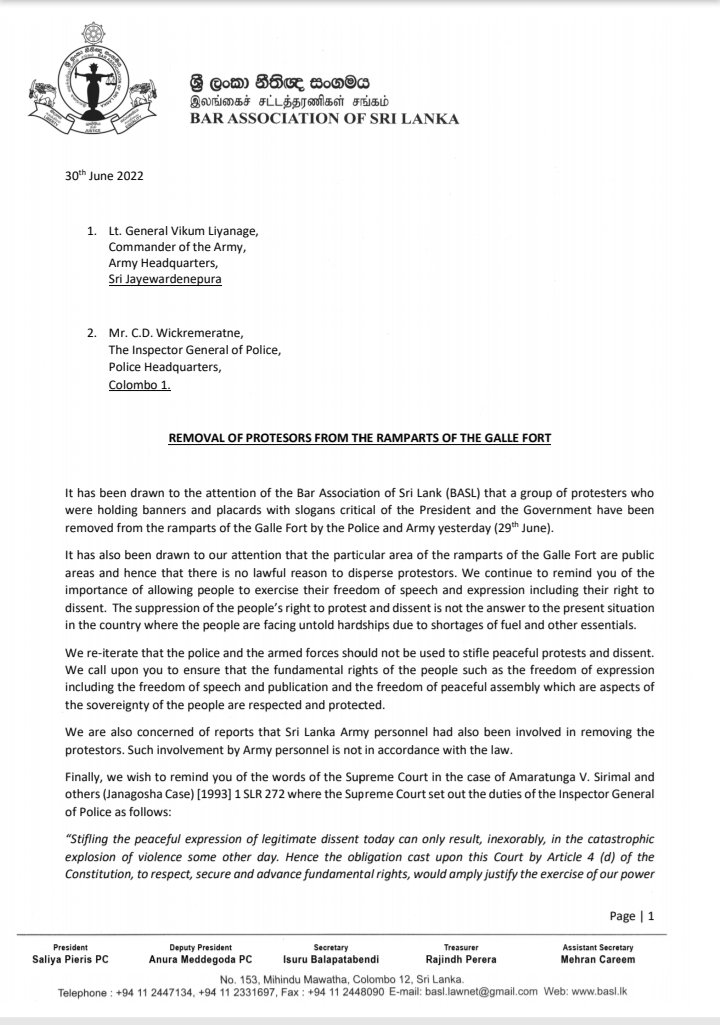 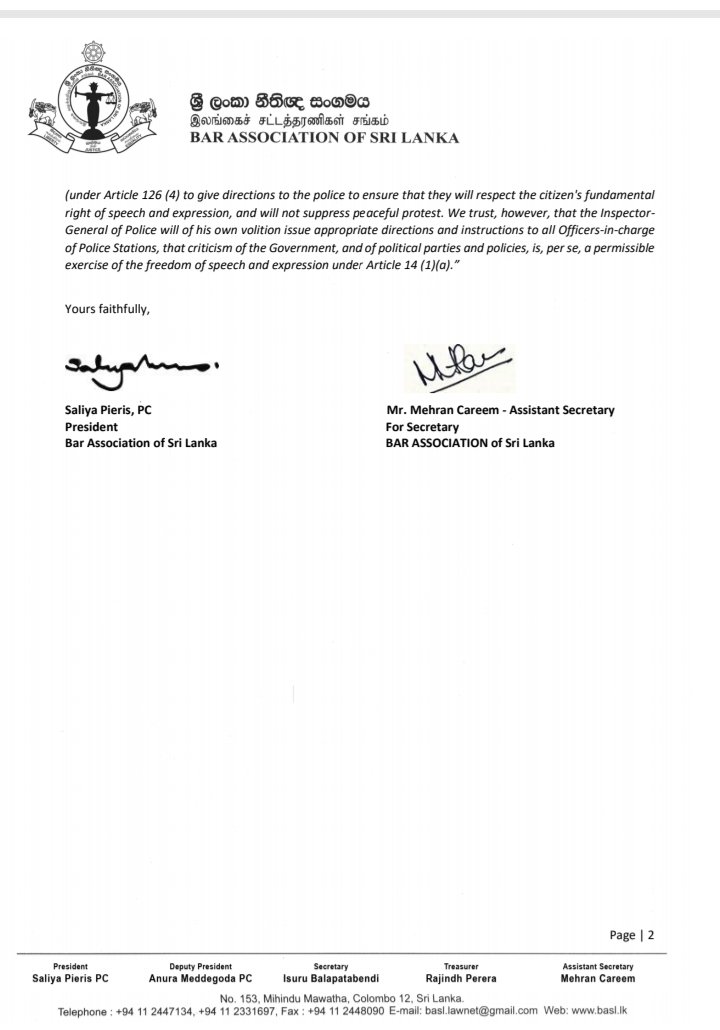