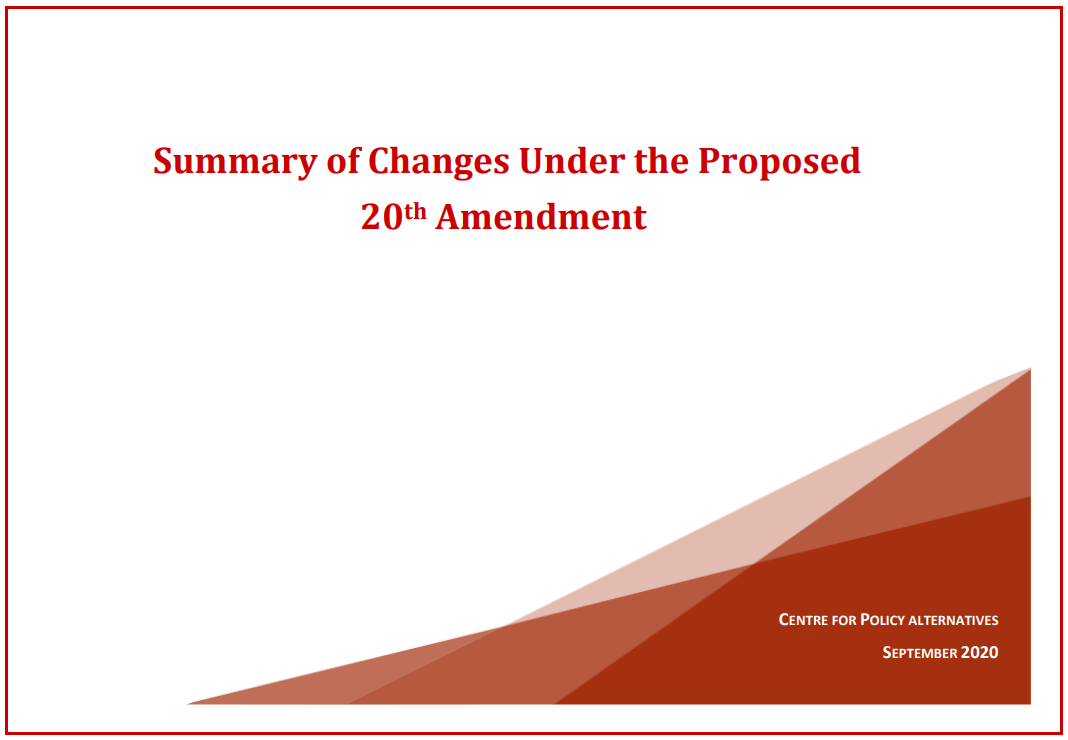 4th September 2020: The Centre for Policy Alternatives (CPA) is deeply concerned by the changes proposed by the Twentieth Amendment to the Constitution Bill gazetted on 2nd September 2020 and its impact on constitutional democracy in Sri Lanka. CPA notes that the proposed amendment rolls back democratic reforms introduced by the Nineteenth Amendment in 2015 and are a return to unfettered executive power institutionalised by the Eighteenth Amendment introduced in 2010, save the retention of three aspects of the Nineteenth Amendment. We welcome the retention of five-year terms for President and Parliament, the two-term limit on presidential office, and the recognition of the right to information as a fundamental right. However, other changes proposed in the Bill will set in motion a process that will seriously undermine the separation of powers, the rule of law, and fundamental freedoms. CPA has prepared an initial and non-exhaustive comment on the provisions of the Bill in the annexed Table.

The principal changes proposed by the Twentieth Amendment Bill seek to remove the checks and balances on the executive presidency. In particular, it abolishes the binding limitations on presidential powers in relation to key appointments to independent institutions through the pluralistic and deliberative process of the Constitutional Council. Its replacement, the Parliamentary Council, is a mere a rubber stamp of the executive, with no genuine deliberative role envisaged for its members. It is a regression to what was in place under the Eighteenth Amendment, effectively providing sweeping powers to the President to appoint individuals to key institutions, and with it, politicising institutions that are meant to function independently of the political executive and for the benefit of citizens.

Moreover, CPA notes that the opportunity for citizens to challenge the executive actions of the President through fundamental rights applications has been removed, suggesting that the President is above the law. The checks on presidential power within the executive are abolished by the removal of the requirement of the Prime Minister’s advice for the appointment and dismissal of Cabinet and other Ministers. The appointment and particularly the dismissal of the Prime Minister are no longer dependent on the confidence of Parliament but at the discretion of the President. Parliament is disempowered against the executive by the restoration of the President’s power to dissolve Parliament at will at any time after the first year of its term. These fundamental changes to the constitutional separation and balance of powers will seriously undermine the accountability of government, and pose a significant challenge to existing democratic norms embodied in the Constitution. The erosion of constitutional checks and balances will also adversely impact on the efficient, effective, and transparent use of public funds.

CPA is similarly concerned with the impact the proposed amendment will have on the law-making process, in particular the reintroduction of ‘Urgent Bills’ and reducing the time proposed legislation is open to pre-enactment review. Such proposals reduce the transparency and accountability essential for the formulation of sound legislation, with wide implications for all citizens of Sri Lanka. CPA welcomes the proposal to limit the scope of committee-stage amendments; however as continuously pointed out by CPA over several years, this is not sufficient in the absence of an enforcement mechanism.

Greater scrutiny and discussion is necessary before enacting these proposals that will have serious implications for Sri Lanka’s constitutional democracy, erode the rule of law, and the sovereignty of citizens. CPA notes that such a process must take place with the engagement of all citizens, with information easily accessible on the proposals, and public debate on their implications. A hastily enacted constitutional amendment, as with the Eighteenth Amendment, that tilts the constitutional balance in a drastic manner towards the entrenchment of an all-powerful executive President will only create chaos and long-term discord in the country.

The democratic mandate received by the government in August 2020 must be recognised. However, that mandate must not be misconceived as a blank cheque for the government to do as it pleases. Doing so would only lead to the same mistakes governments elected in 1970, 1977, and 2010 made, and serve to undermine the rights of the citizens of this country.