Sri Lanka: The truth about the arrest and detention of Ramzy Razeek 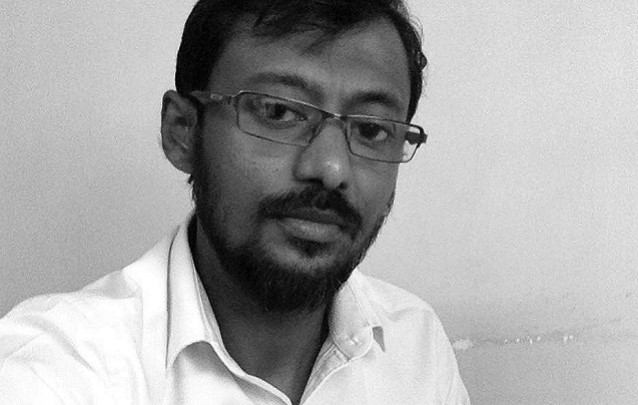 On 2nd April, Ramzy Razeek wrote a post on his Facebook wall about the need for ideological jihad or ideological struggle (චින්තන ජිහාදයකට / මතවාදී අරගලය)[5]. Jihad is a controversial and often misunderstood word. According to multiple scholars, “jihad” means “struggle”, though it’s often misunderstood to mean armed warfare or terrorism. In his post, Ramzy is specific about the kind of struggle he is talking about – “ideological” – with “pen and keyboard”, through “social and mainstream media”, “on behalf of the county and all its citizens” and “to help people understand the truth” in context of “hate propagated against Muslims”.

When we read some of Ramzy’s past Facebook posts, it becomes clear he has been a consistent advocate against racism and promoting communal harmony, equality and justice. On 1st April, he had criticized the cremation of a Muslim COVID19 victim at a time Health Ministry guidelines allowed burials[6], but referring to reports of subsequently amended government regulations[7], he called on Muslims to accept cremations if it’s proved through health science that burials are bad for health or if the government has made a reasonable decision not to allow burials for public good[8].

On 3rd April, a day after the Facebook post about “ideological struggle”, April, Ramzy announced self-censorship – that he will not make future posts related to politics or national problems in Sinhalese, as he doesn’t want to endanger his children’s life[9]. He explained that some of the responses to his above-mentioned post included death threats and calls for his arrest and that his eldest daughter had been traumatized and fearful after seeing these. That statement of self-censorship is the last visible post on his Facebook wall.

It is reported that the above-mentioned post on 2nd April, had led to his arrest and that he has been remanded till 22nd April[10]. His lawyer said that the Magistrate had asked the police to report on 22nd April whether there is actual grounds to arrest and remand him. According to the lawyer, the police had cited the ICCPR Act[11] and the Cyber Crimes Act. The ICCPR Act gives discretion for the police to arrest and detain a person and Magistrates don’t have discretion in providing bail. Last year, a writer arrested under the ICCPR Act was imprisoned for more than four (4) months until a High Court judge gave him bail[12].

We have not seen any post or comment by Ramzy that would amount to the propagation of war or advocating hatred leading to incitement to hostility, discrimination or violence which is prohibited by Article 3 (1) of the ICCPR Act[13]. When arresting Ramzy, it appears the police has not considered the detailed recommendations by the Human Rights Commission[14] of Sri Lanka (HRCSL) on balancing the ICCPR Act provisions on hate speech with constitutional guarantees for free expression, six-point threshold test and the three-pronged test of legality, proportionality and necessity from Sri Lanka’s fundamental rights jurisprudence.

Ironically, there are comments that are death threats against Ramzy on Facebook, which is still available at the time of writing[15] but we have not seen news of any arrests or police actions in relation to these.

[6] This was probably a reference to a Muslim who died on 29th March due to COVID19 who was reported to have been cremated on 30th March, and Ministry of Health guidelines dated 27th March 2020 which allowed burials.

[7] Amendment of above regulations by Ministry of Health is reported to have been done on 31st March 2020, limiting disposing of dead COVID19 bodies to only creation

[15] See for example comments by Pathum Sameera Wijayalath, Tharindu Fernando, Lakshan Asanka, Pathum Dhanushka that amount to direct or indirect death threats and other comments demanding him and Muslims to leave Sri Lanka

This is a section of an article titled “Free Expression, Hunger and Racism in context of COVID19” by Damith Chandimal and Ruki Fernando published on the Groundviews. The full article is here