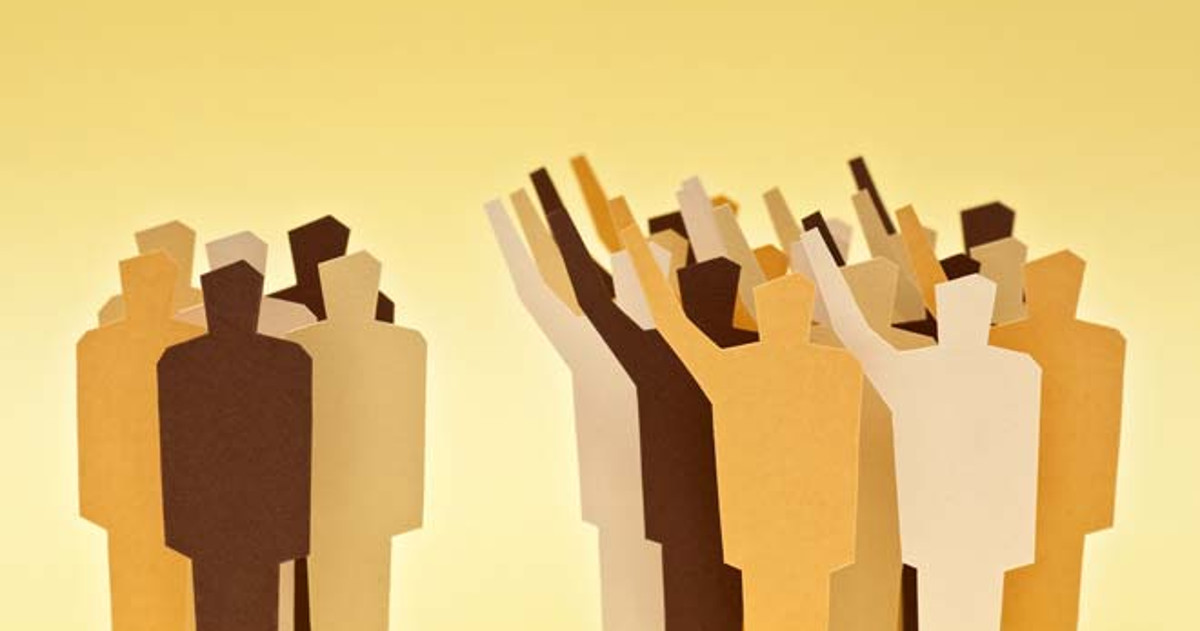 President Gotabaya Rajapaksa’s crisply yet firmly delivered (and electorally pitch-perfect) Conservative nationalist democratic discourse, the presence as ‘special distinguished guest’ of Russia’s Gen. Salyukov, Commander-in-Chief of Land Forces, the impressive military parade and colourful multicultural display, and on the flip side, the non-rendition of the National Anthem in Tamil, constituted the point-counterpoint of the 72nd Independence Day, the first on the new President’s watch.

The non-rendition of the Anthem in Tamil was the canary in the mineshaft, because singing the anthem in Tamil was a key recommendation in the Report of the LLRC appointed by President Mahinda Rajapaksa in his second term, headed by a distinguished patriotic public servant, CR ‘Bulla’ de Silva, handed over to the (then) President and cited by Sri Lanka in Geneva pre-2015.

What Independence Day proved yet again is the abiding necessity for the citizenry to shape politics in a manner that maximises the public good obtainable from any leader and government while hedging against any negatives, pre-emptively containing any potential mistakes and damage. Granting a parliamentary two-thirds majority would run contrary to this imperative.

A parliamentary two-thirds majority is rare in a democracy. It did happen twice in Sri Lanka though. On both occasions, the results across the spectrum, for the country, the state, the government, the rulers and ruling party, were devastating. Nobody gained, everyone lost.

The political blocs that were dominant during the two-thirds majorities were as different from each other ideologically and programmatically as was possible. Each was swept into office by a pendulum swing against the other. The fact that the same disastrous outcome befell two wholly dissimilar regimes, logically points to the causation as being that which had been common to both, not unique or specific to each. That common factor was the two-thirds majority. Why then should a government strive for such a burdensome plenitude of power? Why should any country, society, populace confer such a hazardous burden on any government?

The centre-left United Front Government (1970-1977) led by the SLFP and headed by Sirimavo Bandaranaike and the centre-Right UNP Government (1977-1988) headed by J.R. Jayewardene were the two administrations that enjoyed a two-thirds majority in Parliament. Each administration used that majority to produce and promulgate a new Constitution. Each had a disastrous political and eventually economic track record, culminating in political catastrophe.

Nor was there a lack of international political support. The Bandaranaike government was supported by the Soviet Union and Eastern Europe, China, India and Pakistan, and the influential Non-Aligned Movement. The Jayewardene government enjoyed the blessings of Reagan, Thatcher and the West as well as Japan and Israel.  Just as a tragic drama never ends the way it begins, each government had everything going for it at the beginning, and yet at the end, the outcome was catastrophic.

Mishandling of the Tamil issue

While the first JVP insurrection on April 1971 was a shock, its suppression was an excessively bloody affair which sent wider shock waves throughout society. More damaging over the long term was the mishandling of the Tamil issue.

At the 1970 General Election, the main democratic Tamil party called for a rejection of ethnic separatism and a vote instead for federalism within a united Sri Lanka, and swept the polls. At the very next General Election, the sole slogan of the mainstream Tamil formation was for a mandate for an “independent, sovereign, secular, socialist Tamil Eelam”, and it swept the hustings again. During the term of the United Front government ensconced within its majoritarian two-thirds armour, an irreversible alienation and radicalisation of Tamil consciousness took place.

When the United Front coalition was in the opposition (1965-1970), its fight against the ruling centre-right, socially insensitive, pro-west UNP of Dudley Senanayake was partially distorted in 1966 by the introduction of a racist slogan “Dudley gey badey masala vadai”. This campaign was against the lukewarm, minimalist concessions (for District Councils and Tamil as a regional administrative language) that the Senanayake government had agreed to with the Tamil parties.

When the 1970 General Election came around, the centre-left coalition had a Sinhala chauvinist ideological strand and caucus (of which Nath Amarakoon and V.W. Kularatne were notable personalities). This lobby had a disproportionate influence on policy, and the measure of district-wise and media-wise standardisation of marks for university entrance was promulgated, impacting most adversely upon Tamil students. Their protests were met with severity.

Matters were exacerbated with the promulgation of a new Constitution. The moderate six-point proposal of the main Tamil party was ignored by Madam Bandaranaike and the new Constitution went ahead, rolling back the implicit social contract entered into during the Soulbury Constitution, and entrenching the hegemony of one language and religion in a multiethnic society.

“The momentum of a freshly-elected “can-do” President combined with the natural popularity of the PM, repugnance-driven public recoil away from an antiquated neoliberal political elite and its track record, the absence of a progressive democratic mainstream alternative to conservative nationalism (unlike in the USA), and the refusal of the JVP to re-boot its appeal by reconfiguring its compromised leadership, make it more likely than not that Sri Lanka will be caught, mainly by default, in the tragic two-thirds trap”

When the Bandaranaike administration of 1970 left office in 1977, not only had the Tamil democratic mainstream embraced separatism, but the first Tamil militants had obtained guerrilla training and established their organisations back on Sri Lankan soil. The Tamil New Tigers (TNT) was formed in 1972, evolving into the Liberation Tigers of Tamil Eelam (LTTE) in 1976. The dominant policy paradigm and mentality of 1970-1977 caused the island to divide psychologically, and it pretty much stays that way.

The story arc culminated with the mighty United Front splitting under pressure from below, the Left being deprived of a single parliamentary seat by the voters at the 1977 general election, Mrs. Bandaranaike losing even the post of Opposition Leader and being replaced by the TULF’s Amirthalingam because the Tamil party had obtained more seats than the SLFP, the former Prime Minister being deprived of her civic rights, the SLFP dividing and remaining out of office for 17 years, while Madam Bandaranaike was never elected to lead the country again.

The pendulum swung to an even greater extent in 1977 than it had in 1970, and J.R. Jayewardene’s UNP won a five-sixths majority in Parliament, not merely a two-thirds.

During the years the UNP government enjoyed a five-sixths parliamentary majority, the island had a new Constitution which erected a Presidential political model qualitatively superior to the Westminster system but distorted by over-concentration and hyper-centralisation of power in the hands of the executive president, with neither the bicameral legislature that accompanies the French presidency nor the strong tripartite demarcation ensuring the separation of powers and checks-and-balances that hedges in the US Presidency.

That period of history, 1977-1988 (the UNP lost the 2/3rds but defeated the JVP in 1989) witnessed massive civil wars, mini-civil wars within civil wars (the ultranationalist JVP and LTTE vs. the anti-racist Sinhala and Tamil Left), serial assassinations, external military intervention, and the world’s worst terrorism until 9/11 in the next century.

The Jayewardene government sought to freeze the two-thirds plus majority by extending the term of the sitting Parliament through postponing the holding of parliamentary elections on the grounds that “stability and continuity are imperative for rapid economic development”—which is an argument we hear once again today, having been proved a deadly dangerous myth in the decade of the 1980s.

Just over six months after the Referendum of December 1982 (which the government won by questionable and widely criticised tactics) the island began its descent into the most chronic and bloodiest instability it had ever experienced, causing the economic growth rate to corkscrew and never recover.

The system’s motor mechanism of political competition and circulation had been disconnected if not dismantled, the feedback loops blocked and safety valves shut off, thereby chronically exacerbating the crisis. The pressure that had built up within the system had no democratic escape, and manifested itself against and/or was diverted against the Tamils. External intervention followed. By unilaterally changing the rules of the game in pursuit of the chimera of absolute stability and security, the powerful regime had, ironically, “perfected the fine art of self-destabilisation” (to use my late father Mervyn de Silva’s pointed phrase).

A two-thirds majority removes political competition. It makes the system lopsided and unbalanced. It creates an echo chamber, which cannot be changed by all the digital, electronic and/or human intelligence gathering that friends and allies can provide. Intelligence isn’t an undistorted feedback loop; strong democratic opposition is.

A two-thirds majority creates a top-heavy system, especially but not only, if honeycombed and made heavier still by layers of preferential/patronage networks based on ethnic, religious, regional, clan, occupational, educational and factional factors.

A two-thirds majority removes balance and restraint, and enables you to do things unilaterally just because you have the arithmetic to do so; things that you would not otherwise do or would do differently and only if you are able to persuade all stakeholders through dialogue, negotiation and mutual compromise. A two-thirds majority means that within your impregnable suit of political heavy armour you think you don’t have to reach consensus through pragmatism and prudence.

A two-thirds majority is the end of systemic equilibrium and is its very antipode. It is an invitation to adventurism. It removes brakes and encourages speeding which leads to skidding and a crash. A 2/3rds majority is not the road that leads to Realism, it is the path that leads to delusion and hubris. It keeps you permanently domiciled in Plato’s Cave, and is not the way out into the much vaster real world. It leads you astray from the Middle Path and the Golden Mean, tempting you to extremes. I wouldn’t wish it on any administration, whatever distance I may take from its values, mentality, ideology, discourse, and project.

Limitlessly selfish and destructively irresponsible obduracy entrenches the fossilised leadership of the UNP even at this time in national and world history when dramatic change is the ‘new normal’, and neoliberal elitist establishments have been rejected and replaced as having rotted through.

The momentum of a freshly-elected “can-do” President combined with the natural popularity of the PM, repugnance-driven public recoil away from an antiquated neoliberal political elite and its track record, the absence of a progressive democratic mainstream alternative to conservative nationalism (unlike in the USA), and the refusal of the JVP to re-boot its appeal by reconfiguring its compromised leadership, make it more likely than not that Sri Lanka will be caught, mainly by default, in the tragic two-thirds trap.