Sri Lanka: The Supreme Court’s decisive intervention against the impeachment 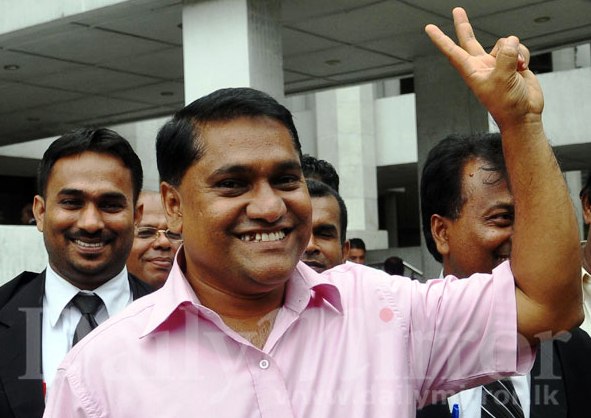 The Supreme Court of Sri Lanka, marking perhaps the greatest day of its 200 year history, today declared in a historic opinion that the Standing Order of the parliament, bearing no. 78/A, is null and void and has no effect in law. By this opinion, the Supreme Court of Sri Lanka has nullified the impeachment process against the Chief Justice Shirani Bandaranayake, which it was pursuing with extraordinary haste and unprincipled vigor.
Public opinion in Sri Lanka and the international community, including the UN Rapporteur for the Independence of Judges and Lawyers, had said in no uncertain terms to the government that the course that it was pursuing in relation to this impeachment was against universally accepted norms and standards relating to proceedings for the removal of judges of the superior courts in any democracy. The Supreme Court today confirmed this view and put the matter to rest.
The course open to the government is either to abandon the impeachment move altogether or to pass a law incorporating the international norms relating to the removal of judges, and thereafter place the inquiry before a competent and impartial tribunal. A proposed law by an opposition member and the president of the Bar Association, Mr. Wijedasa Rajapaksha, is already before the parliament. Given the majority that the government enjoys in parliament, this bill can be passed as a law in the shortest possible time.
The government’s claim, that since 117 members of parliament have placed a motion calling for the impeachment of the Chief Justice and that the Parliamentary Select Committee has already been appointed, and that the government members of that Select Committee have already made their report, is in no way legally justifiable now as the Supreme Court has declared that the Standing Orders under which such actions were done were null and void.
The Asian Human Rights Commission calls on the Sri Lankan government to respect the interpretation of law given by the Supreme Court, which, under the constitution, has the last word on the interpretation of law. We also call upon the people to now come forward ensure that their Supreme Court is respected by their government. It is also the duty of the international community to intervene so as to avoid any unnecessary confrontation at this moment.
If the government, instead of respecting the Supreme Court, enters into a collision course with it, the responsibility for that decision will be entirely on the government itself. There will be nothing to justify such an action. People have a right to resist any illegal move that the government may take and, whatever the consequences of such a situation, they will be squarely on the shoulders of the government itself.
The government now has an opportunity to correct many of the violations relating to the constitution that have been taking place for a long period of time. Thus, the government has an opportunity to act in a manner that ensures respect for the rule of law in the country. If the rule of law is further undermined, the government is doing so at its own peril.
We take this opportunity to convey our respect to the Supreme Court which has at last woken up to its responsibilities to be the guardian of the dignity and the rights of the citizens of Sri Lanka. This responsibility alone is the justification for its existence.

In the past there were at least four occasions on which the Supreme Court could have intervened to prevent fundamental abrogation: when the bill relating to the new constitution was placed before it in 1972; or in1978, relating to the UNP constitution; or in 1984, when the then President brought the first impeachment motion against the then Chief Justice, it could have declared that the Standing Order number 78/A was illegal; or in 2010 when the 18th Amendment was. If they had intervened then, much of the historical tragedies that Sri Lanka has suffered during this period could have been avoided.

We reiterate that position which the Asian Human Rights Commission has repeatedly declared, that the extreme violence that took place in Sri Lanka in the recent period was a direct result of the constitutional aberrations that were done to deviate the country’s path from a democracy towards dictatorship. Now, there are people who declare victories over “a war”. However, the reality is that war could have been avoided and that bitter period with a large number of lives lost would not have happened if not for the failure of the courts to defend constitutionalism against the attacks that the executive was making.
The present decision thus paved the way for dealing with a number of pressing constitutional issues in the country. As Justice Vigneshwaran stated last month, there is a situation of political instability created by the 1978 Constitution, and particularly by the 18th Amendment to that constitution.
The country has been pushed down a perilous course for over 30 years now and the impeachment motion, if it had succeeded in the manner in which it was pursued by the government, would have pushed us further down the cliff of lawlessness.
The three judges who made the present judgment have acted not in of the passion of the moment but with a chill of reasoning as the judges of the highest court are expected to do. This should be a sobering moment for the legal community in particular, to rally together purely on the basis of democratic duties to safeguard the system. The people of Sri Lanka, we fervently hope, will intervene to define the country’s future course.
Share
Facebook
Twitter
WhatsApp
Pinterest
Email