Sri Lanka: The Return Of The Grease Devils 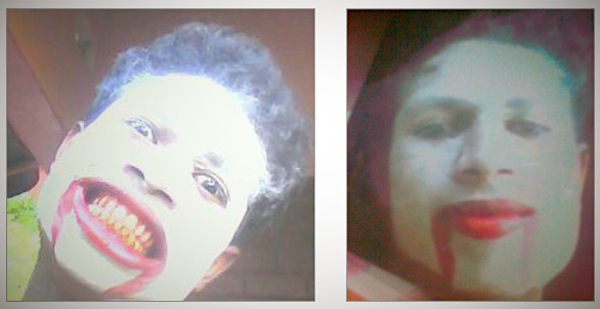 In many rural areas of Sri Lanka the ‘Grease Yaka’ (Grease Devils) panic is spreading fast. According to reports, nighttime assaults on women and thefts/robberies by grease rubbed men are being blamed on this mythical character prompting women to stay indoors and men to arm themselves.

The Sunday Times reports that Grease Yakas have been cited in 24 places in Sri Lanka as attacking women, and people are mob-lynching (the wrong people most of the time).
Padraig Colman narrates:

For the past couple of weeks, there has been much excitement in our Sri Lankan neighbourhood (near Badulla). For some time there have been rumours about women being attacked. Villagers are convinced that there is a serial killer on the rampage. The elderly ladies, Tewanee and Meenaachi, who work for us have been telling us that they know for a fact that women have been raped and killed in this vicinity, their breasts bitten off, their hearts torn out. Tewanee’s dogs were killed by having their throats slashed. [..]
The attacks are being blamed on bhuthaya, grease yakas or grease devils. Historically, a “grease devil” was a thief who wore only underwear or went naked and covered his body in grease to make himself difficult to grab if chased. Lately, the “grease devil” has become a night-time prowler who frightens and attacks women. Some of the reported attacks around here have been in daylight. 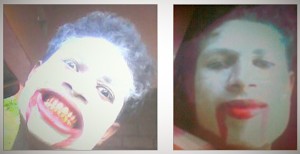 Grease Yakas, grease devils or bhuthaya are (mythical) men that grease themselves up and break into homes and either steal or rape/kill women. The police have said it’s a myth, but the rumor has been blazing around the inter and outer webs like, well, greased lightning. Sri Lankans have been tying suspects to trees, and now there are rumors that two people were killed in Haputale. I think this has gotten out of hand.

Groundviews portrays how the panic is spreading:

The news reports are as bewildering as they are increasing in number, especially from the East. People are being killed, for no apparent reason. ‘Grease devils’ have been arrested, vigilante justice has been meted out (ironically leading to more deaths), curfews imposed, the STF is on the look out, but the mass panic persists. Well-known columnists have flagged these incidents as ‘an unbelievable collapse of confidence in law enforcement‘. Mainstream newspapers last Sunday covered this disturbing story (What the devil is going on?, The Grease Yaka Sightings: Fact Vs. Myth), but there’s generally confusion amongst the public that is fuelling anxiety and fear.

What the grease yaka signifies is the broader problems that the Sri Lankan justice system doesn’t address, and the mobs that form are people taking ‘justice’ into their own hands. This happens on a daily basis, but now it’s become an acute epidemic, centered around the grease yaka.

People are taking law in their hands and here is an YouTube video uploaded by azeez838 showing mob attack on a suspected grease man in Mahiyawa.
Many Sri Lankan Tweeps are also joining the frenzy:

@hajara_: Grease Yaka’ Only in Sri Lanka ,Be proud, now we have our own identity.. No Super Mans,Spider Mans, Bat mans, its all about ‘Grease Yaka’ 😀

HalikAzeez: Off to Pottuvil to investigate the grease yaka. InshaAllah they won’t mistake ME for one

According to police there are opportunists who are using this fear of common people to use the disguise of Grease Yakas to create disturbances in many areas. Recent reports suggest that over 100 persons have been arrested from several areas in Sri Lanka amidst allegations that they are Grease Yakas.
However, there are rumors and conspiracy theories spreading everywhere. A member claimed in Parliament that there is a connection between the government and these incidents. Padraig Colman tells that there is even a rumor that an offering of the blood of 1,000 young women is required for the reign of the president to continue and the Grease Yakas are deployed to complete the mission.
Amidst all the Sri Lankan police had to issue an warning that “any person or personnel spreading false rumors about ‘Grease Yakas’ will be arrested and prosecuted”