Sri Lanka: The powers and functions of the new president – Dr. Asanga Welikala 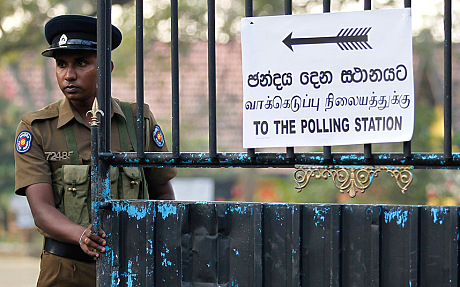 Misunderstanding our system of government will be the first step in the direction of future abuses of power and unconstitutional action.

Sri Lanka will elect a new president on 16 November 2019. While unusually that will be neither the current President nor the current Prime Minister, what is less well understood is that the office itself to which the new president is elected will be a new office in terms of its powers and functions.

That is because certain provisions of the 19th Amendment to the Constitution, enacted in 2015, cease to operate with the election of Maithripala Sirisena’s successor, with the net effect of further reducing the powers of the presidency.

That will not render the office a titular or ceremonial presidency as under the 1972 Constitution, as some experts have tried to argue, because the president continues to be directly elected by the whole country and in possession of key constitutional functions within the Executive. But it does mean that some important powers and functions so far associated with the office will no longer be available to the new president, together with limitations that have already come into effect with the 19th Amendment.

That the 19th Amendment made fundamental changes to the scope of presidential powers is generally well known. But there is still a lot of confusion about what precisely those changes are, and what consequences they have. Many politicians especially do not seem to appreciate that the presidency is no longer the over-mighty institution it once was.

At least part of the explanation for the constitutional crisis of October-December 2018 was that even those in the highest positions of authority were ignorant of how the 19th Amendment had changed the 1978 Constitution. This lack of knowledge cannot be once again a reason for constitutional crises after the next election. Economic analysts have pointed out persuasively how we can scarce afford new crises.

What follows is an attempt to explain the powers and functions that will – and critically, will not – be available to the President who will be elected to office in November. So as not to vex the general reader, I will avoid making copious references to legal provisions and authorities, as well as avoid too much detail on the minutiae of presidential functions.

I will instead provide a descriptive account of the main features and principles of the framework of executive power after the 19th Amendment, without at the same time oversimplifying the complexities of the system. 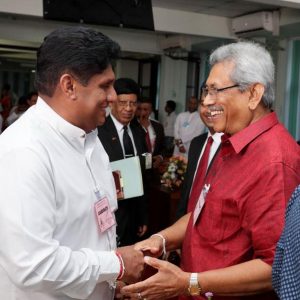 Main institutional characteristics of the executive presidency after 16 November

There will be a directly-elected president, with a fixed term of five years, although a president in his first term has the discretion of offering himself for re-election after four and half years of that term. There is a two-term limit on which one person can hold the office.

The president is the only elected official who enjoys a personal mandate from the whole country, and this will continue to be a source of substantial power and legitimacy for the way in which a president performs his constitutional functions.

That the defence of Sri Lanka is specifically mentioned as being a part of the sovereign Executive power of the people that the president exercises could give him considerable authority in relation to defence, military, intelligence, and even law enforcement matters.

The President also continues to appoint the secretary to the cabinet, the secretary to the prime minister, and all ministry secretaries. Although all such administrative heads, except the cabinet secretary, are subject to the direction of the prime minister or the respective minister once appointed, the power of appointment which remains solely in the president’s hands is not insignificant.

Finally, the president remains in sole charge of the vast resources and apparatus of the Presidential Secretariat. Unless strongly resisted by the cabinet and Parliament, the Secretariat is an enormous source and instrument for the informal projection of presidential power.

Against these sources of formal and informal power must be weighed the 19th Amendment limitations.

The president and the Constitutional Council

This is perhaps the best-known aspect of the 19th Amendment. Good governance is intended to be achieved through depoliticising the process of appointments to key constitutional offices and independent commissions.

In other words, through introducing the Constitutional Council into the process of public appointments, the president’s powers have been significantly curtailed. This happens in two ways: either the president has to appoint on the recommendation of the Council, or appoint only subject to the approval of the Council.

Independent commissions are established to oversee elections, the public service, the police, the public audit, human rights, bribery and corruption, devolved finance, delimitation of electoral boundaries, and public procurement. Appointments to these independent bodies in turn can be made only on the recommendation of the Council. If the president fails to heed recommendations within 14 days, then appointments are deemed made by operation of law.

Appointments (and even acting appointments) to other senior constitutional offices of the state can only be made by the president if approved by the Constitutional Council. These include the chief justice and judges of the Supreme Court, the president and judges of the Court of Appeal, the members of the Judicial Services Commission, the Attorney General, the Auditor General, the Inspector General of Police, the ombudsman, and the Secretary General of Parliament. In relation to the appointment of judges, the Council also needs to obtain the views of the Chief Justice.

No longer therefore can the president act on his own discretion in these broad areas. The Constitutional Council is chaired by the speaker and comprises the prime minister, the leader of the opposition, other MPs, and three distinguished persons who are not politicians who have been approved by Parliament.

The president and the prime minister and cabinet

The most significant way in which the 19th Amendment both changed the Constitution and curtailed the powers of the president was by strengthening the position of the prime minister within the Executive. Two key changes abolished or reduced what were previously virtually unlimited presidential powers.

Another significant limitation comes into force when special provisions applicable only to President Sirisena lapse when he relinquishes office. It was provided that President Sirisena is permitted to hold the ministries of defence, Mahaweli Development, and the environment so long as he remains President. Once he demits office, only Members of Parliament can be appointed to cabinet and other ministerial office. Therefore, the new President assuming office after 16 November is no longer permitted to assign ministries to himself.

The president and Parliament

Aside from the requirement of parliamentary confidence in the Prime minister which now determines the latter’s life in office rather than the president’s wishes, and the role of the Constitutional Council (which is essentially a parliamentary body), the most significant way in which the 19th Amendment has curtailed presidential powers in relation to Parliament is by the removal of the power of dissolution.

Parliament can now only be dissolved at the sole discretion of the president in the last six months of its five-year term. During the first four-and-a-half years of Parliament’s term, it can only be dissolved if Parliament itself requests an early dissolution by a resolution passed by a two-thirds majority.

And of course, Parliament retains the power to dismiss a government by defeating the government’s statement of policy, or the budget, but in these respects, it is the prime minister and cabinet that are affected rather than the president himself. The president remains responsible, but not answerable, to Parliament, except in the exceptional situations that might trigger impeachment proceedings.

The president’s power to prorogue Parliament also formally remains without any limitation, although this is restricted in indirect ways (e.g., the requirement to summon Parliament in order to pass appropriations). The President also retains the right to attend, address, and send messages to Parliament.

The president and the courts

The President continues to enjoy general legal immunity while in office for both official and private actions and omissions. However, the Supreme Court can now entertain fundamental rights applications instituted against the Attorney General challenging official acts or omissions of the President (except declarations of war and peace).

This outline of the post-16 November presidency tells us a number of important things. First, that formalistic legal arguments based on the constitutional text alone to the effect that the presidency becomes a merely ceremonial institution after the next presidential election are wide of the mark.

Second, and conversely, expectations that the newly-elected president can behave in the fashion of the pre-19th Amendment presidency are ignorant of the law. In particular, the presidential election in no way legally affects the continuation in office of the sitting prime minister. The latter of course can be removed from office in various ways, but it cannot be through a simple presidential dismissal.

Third, the new president will also not be able to dissolve Parliament until February 2020 (which is when the current Parliament elected in August 2015 enters the last six months of its life), unless Parliament itself resolves an earlier dissolution by a two-thirds majority.

Fourthly, that a new institutional framework is now in place governing relations within the Executive as well as between Executive and Legislature, and while this does not prevent expansive political action by a new president, it is crucial for the avoidance of confusion – and even crisis and chaos – that the proper legal parameters of politics are well understood by those who will be in power after 16 November.

Accordingly, the president will be directly elected to perform certain functions, Parliament will sanction the performance of certain functions by the prime minister and the cabinet, and all three institutions perform distinctive roles under the constitution in order to ensure both effective government and effective accountability.

Misunderstanding our system of government will be the first step in the direction of future abuses of power and unconstitutional action, borne of incomprehension and frustration, if the new president and those around him come to the conclusion he cannot do what he was elected to do.

(Dr. Asanga Welikala is a Lecturer in Public Law at the School of Law, University of Edinburgh, and the Director of the Edinburgh Centre for Constitutional Law.)