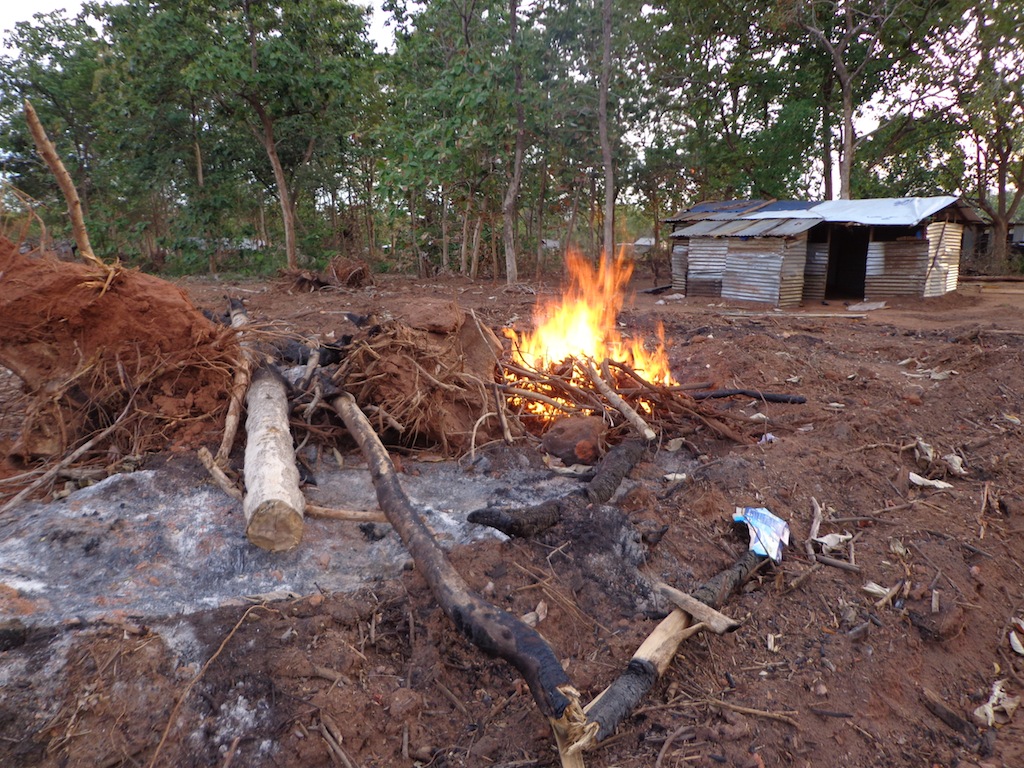 Ranga Jayasuriya
The National Security State reigns supreme even three and a half years after the end of the war. A military camp erected in a remote hamlet of Keppapulavu in Mullaitivu has prevented 110 families among the last batch of Internally Displaced Persons (IDP), who were released from Menik Farm from returning to their original village. This misguided decision, which betrays the current regime’s over-reliance on the doctrine of national security state, has now landed the very government in a controversy over its handling of the IDPs.
Sadly though, the negative coverage has, in fact, overshadowed what could otherwise have been a significant achievement of the government, i.e. the shutting down of the Menik Farm IDP camp which at its height housed nearly 300,000 IDPs under crowded and shoddy conditions. These developments are taking place in the wake of the scheduled Universal Periodic Review (UPR) of Sri Lanka to be taken up at the United Nations Human Rights Council next month. The scheduled UPR, of course, influenced the government’s decision to dismantle the IDP camp.

To begin with, the decision to shut down the camp is a milestone in the post war resettlement and rehabilitation process.

However, that salient achievement has now been dwarfed by the controversy over the forced relocation of 110 families, who, according to some sources, have been forced to resettle in a cleared jungle with only tarpaulins for shelter. (See page 5 for our coverage of Menik Farm.) It is understandable that the government wanted to project the closure of the camp as proof of its commitment to the post war reconciliation, thereby assuaging concerns of the international community. But now it finds itself at the receiving end of negative publicity for the ‘forced relocation’ of IDPs.

The Sri Lankan State has retained some of those characteristics even three and a half years after the end of the war. The government spends US$2.1 billion or over 3.5 per cent of the GDP to maintain a large peace time military. That is a much higher percentage of the GDP than the rising China, or India annually allocates for defence. In contrast, Sri Lanka’s education budget for 2012 was a paltry 1.9 of the GDP, while other lower middle income countries spend over 4 per cent of the GDP on public education. (See the excellent analysis on the topic by Dr. Kumar David elsewhere in these pages).

Military officials continue to call shots in the civilian administration in the north and the east. Military imperatives continue to reign supreme in post war Sri Lanka, despite the absence of a clear security threat, measured by any rational assessment.

Those skewed priorities in peace time, in effect, question the integrity of the current regime and the sincerity of its expressed commitment for reconciliation and peace building.

If the government’s efforts for a true and meaningful reconciliation is to be successful, the north and the east should be demilitarized; the military should make themselves progressively redundant from civil administration, and the social fabric of a free and democratic society should be rewoven.

To achieve those objectives, it is imperative that the government rethinks about its obeisance to the national security state.

The underlining rationale of Menik Farm at its outset was preventive detention. The camp was set up to intern 300,000 odd residents of the former Tiger territory of the Wanni, some of whom might have actively collaborated or sympathized with the decimated Tamil Tigers.

The movements of the residents of Menik Farm internment camp were tightly controlled during the first six months of the camp. The tactic of preventive detention deployed in Menik Farm has historical precedents, one such example being the mass relocation and internment of 110,000 Japanese Americans in the United States during the Second World War.

Japanese Americans living on the Pacific coast were interned in camps in 1942, after imperial Japan attacked the Pearl Harbour. The Roosevelt Administration feared that Japanese Americans would collaborate with the imperial army during a possible Japanese attack against the US.

It took a three decade long campaign for the surviving former interns to receive reparations and finally an official apology from Washington. Finally, in 1988, President Ronald Reagan signed a legislation which apologized for the internment on behalf of the US government. Under the 2001 budget, the United States Congress, also decreed that the 10 sites on which the internment camps were set up were to be preserved as historical landmarks: “Places like Manzanar, Tule Lake, Heart Mountain, Topaz, Amache, Jerome, and Rohwer will forever stand as reminders that this nation failed in its most sacred duty to protect its citizens against prejudice, greed, and political expediency.”

Last week, Sri Lanka dismantled the Menik Farm internment camp. However, the suffering and humiliation endured by 300,000 Tamils who had been interned there would not go away. The Sri Lankan State and its political leadership ought to do a great deal of soul searching vis-à-vis its treatment to its Tamil citizens who were involuntarily housed in Menik Farm.

At the moment, the government and its leaders would find an official apology in this regard as ‘belittling’ of its military victory. However, every great nation has, at one point of time, acknowledged wrongdoings in the past.

If Sri Lanka is not yet prepared to do that, it will do so one day. That day will denote Sri Lanka’s coming of age in its full democratic political transition. That will be the day Sri Lankans of all ethnic communities can proudly claim that they are part of one great nation.