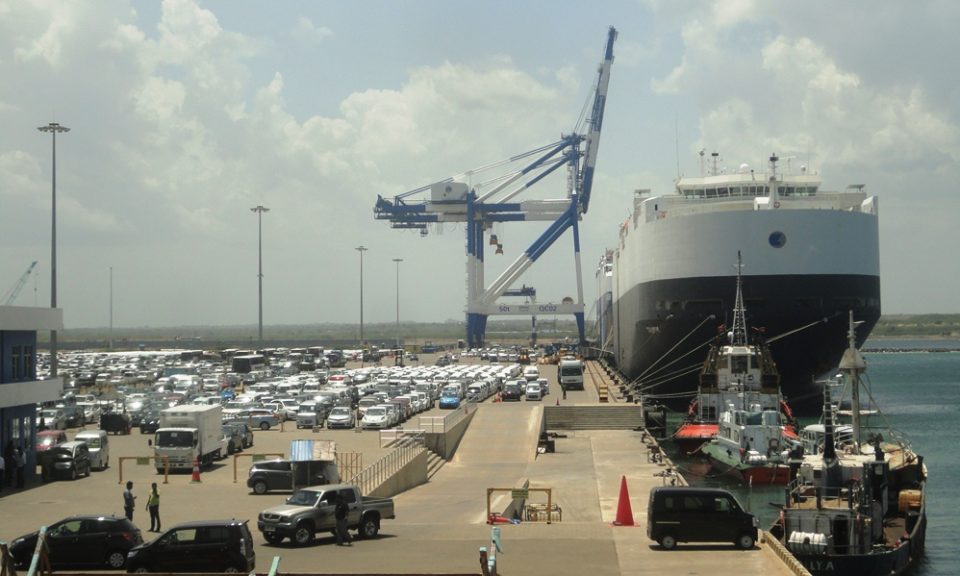 Image: Beijing has been given a 99-year lease on Hambantota port as part of a debt-reduction deal, amid talk of creditor imperialism following China’s buy-up of strategic ports in Piraeus, Darwin and Djibouti.

This month, Sri Lanka, unable to pay the onerous debt to China it has accumulated, formally handed over its strategically located Hambantota port to the Asian giant. It was a major acquisition for China’s Belt and Road Initiative (BRI) – which President Xi Jinping calls the “project of the century” – and proof of just how effective China’s debt-trap diplomacy can be.

Unlike International Monetary Fund and World Bank lending, Chinese loans are collateralized by strategically important natural assets with high long-term value (even if they lack short-term commercial viability). Hambantota, for example, straddles Indian Ocean trade routes linking Europe, Africa, and the Middle East to Asia. In exchange for financing and building the infrastructure that poorer countries need, China demands favorable access to their natural assets, from mineral resources to ports.

Moreover, as Sri Lanka’s experience starkly illustrates, Chinese financing can shackle its “partner” countries. Rather than offering grants or concessionary loans, China provides huge project-related loans at market-based rates, without transparency, and often little or no environmental- or social-impact assessments. As US Secretary of State Rex Tillerson said recently, with the BRI, China is aiming to define “its own rules and norms.”

To strengthen its position further, China has encouraged its companies to bid for outright purchase of strategic ports, where possible. The Mediterranean port of Piraeus, which a Chinese firm acquired for $436 million from cash-strapped Greece last year, will serve as the BRI’s “dragon head” in Europe.

By wielding its financial clout in this manner, China seeks to kill two birds with one stone. First, it wants to address overcapacity at home by boosting exports. And, second, it hopes to advance its strategic interests, including expanding its diplomatic influence, securing natural resources, promoting the international use of its currency, and gaining a relative advantage over other powers.

China’s predatory approach – and its gloating over securing Hambantota – is ironic, to say the least. In its relationships with smaller countries like Sri Lanka, China is replicating the practices used against it in the European-colonial period, which began with the 1839-1860 Opium Wars and ended with the 1949 communist takeover – a period that China bitterly refers to as its “century of humiliation.”

China portrayed the 1997 restoration of its sovereignty over Hong Kong, following more than a century of British administration, as righting a historic injustice. Yet, as Hambantota shows, China is now establishing its own Hong Kong-style neocolonial arrangements. Apparently Xi’s promise of the “great rejuvenation of the Chinese nation” is inextricable from the erosion of smaller states’ sovereignty.

Just as European imperial powers employed gunboat diplomacy to open new markets and colonial outposts, China uses sovereign debt to bend other states to its will, without having to fire a single shot. Like the opium the British exported to China, the easy loans China offers are addictive. And, because China chooses its projects according to their long-term strategic value, they may yield short-term returns that are insufficient for countries to repay their debts. This gives China added leverage, which it can use, say, to force borrowers to swap debt for equity, thereby expanding China’s global footprint by trapping a growing number of countries in debt servitude.

Even the terms of the 99-year Hambantota port lease echo those used to force China to lease its own ports to Western colonial powers. Britain leased the New Territories from China for 99 years in 1898, causing Hong Kong’s landmass to expand by 90%. Yet the 99-year term was fixed merely to help China’s ethnic-Manchu Qing Dynasty save face; the reality was that all acquisitions were believed to be permanent.

Now, China is applying the imperial 99-year lease concept in distant lands. China’s lease agreement over Hambantota, concluded this summer, including a promise that China would shave $1.1 billion off Sri Lanka’s debt. In 2015, a Chinese firm took out a 99-year lease on Australia’s deep-water port of Darwin – home to more than 1,000 US Marines – for $388 million (A$506m).

Similarly, after lending billions of dollars to heavily indebted Djibouti, China established its first overseas military base this year in that tiny but strategic state, just a few miles from a US naval base – the only permanent American military facility in Africa. Trapped in a debt crisis, Djibouti had no choice but to lease land to China for $20 million per year. China has also used its leverage over Turkmenistan to secure natural gas via a pipeline largely on Chinese terms.

Several other countries, from Argentina to Namibia to Laos, have been ensnared in a Chinese debt trap, forcing them to confront agonizing choices in order to stave off default. Kenya’s crushing debt to China now threatens to turn its busy port of Mombasa – the gateway to East Africa – into another Hambantota.

These experiences should serve as a warning that the BRI is essentially an imperial project that aims to bring to fruition the mythical Middle Kingdom. States caught in debt bondage to China risk losing both their most valuable natural assets and their very sovereignty. The new imperial giant’s velvet glove cloaks an iron fist – one with the strength to squeeze the vitality out of smaller countries.

(Brahma Chellaney is a Professor of Strategic Studies at the New Delhi-based Center for Policy Research and a Fellow at the Robert Bosch Academy in Berlin. He is the author of nine books, including Asian Juggernaut, Water: Asia’s New Battleground, and Water, Peace, and War: Confronting the Global Water Crisis.)