Sri Lanka: The killing of the policeman after kidnapping him and his companion is a glaring reminder of the nation’s sad fate. 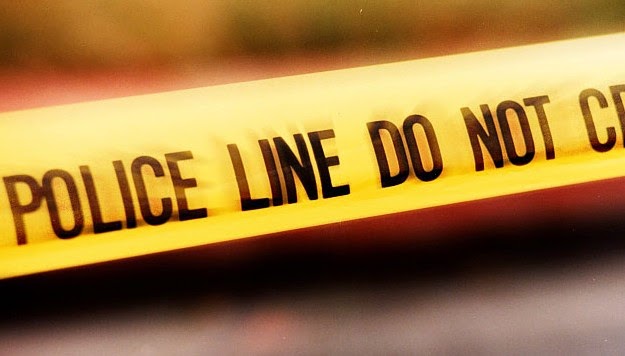 SRI LANKA: No country is rich enough to pay for the cost of lawlessness (A Statement from the Asian Human Rights Commission)

Sri Lankans have just been confronted with the abduction of two policemen, one of whom was assassinated. The other narrowly escaped by struggling and running into the jungle naked. He is now receiving treatment in a hospital. This incident happened at Kurunegala. The immediate reaction of some persons who were interviewed by the press agencies was: if this is what is happening to our policemen, what can we expect for ourselves? Such reactions sum up the extent of the lawlessness that has spread throughout the country.
There is no need to try and list all the reported incidents of lawlessness that is happening in all parts of the country. In fact, the space available to a short statement would not suffice if all the incidents were to be mentioned. The impression that has been created in the country of the depths of lawlessness which has paved the way for all types of crimes such as robberies during the day and night, murders, rape and the sexual abuse of women, frauds of all type and corruption spread into every possible area of national life has made such a large impression in the minds of everyone that requires no further proof of the extent of the insecurity in the country. The most recent incidents include the robbery of jewelry shops and also breaking into banks.

What is most worrying to all citizens is not merely the magnitude of the crimes but that this problem seems to have no solution. Expecting the worst tomorrow is no consolation. In fact, the government is not even trying to console the population. It does not appear to be embarrassed or humiliated by the sheer audacity of the criminals.

The problem of the impact of the lawlessness cannot be judged solely by the numbers and the magnitude of the crimes. The related phenomenon is that of the neglect spread into all aspects of life in the country. Just taking the example of the national failure to deal with the dengue mosquito which keeps parents in a state of anxiety at all times is sufficient to illustrate the consequences of the negligence arising from the absence of law enforcement.
Why the problem is without a solution is because the government has relegated the law into a position of insignificance. That the government can better manage the country without the law is their basic position. That the legal system is an obstacle to development and therefore for the purpose of pursuing what the government considers as development, the law needs to be neglected is an integral part of the development philosophy of the country.
As a consequence, even for a crime like the abduction of two policemen and the inhumane treatment they suffered, and finally the shooting of one of them will not convince the government that such crimes are to be expected when the law is relegated to a position of no importance. The probable reaction to this crime will be to arrest some persons and shoot them; claiming that they attempted to harm the arresting officers in one form or another and therefore it became necessary to shoot them in self defense. This is not a new scrip in Sri Lanka. The more embarrassed the government and the law enforcement agencies are the more often will this scrip be repeated.
In fact, the government is without a solution to lawlessness because lawlessness has become a part of Sri Lanka’s official political philosophy. The blue print for lawlessness is provided by the country’s constitution itself. The 1978 Constitution displaced the law and created a one-man system, thus assigning a task that no chief executive of any government could hope to perform. The law requires a system and not just a man who is supposed to be all powerful and strong. That claim of being all powerful is a myth that can never be realised in a practical sense.
The problem for the government is that it has sunk its feet so deeply in the shoes of the former president, J.R. Jayewardene, that it cannot move its legs in any direction other than that of the founder and creator of this accursed constitution.

Further, the present government has itself used lawlessness for its own benefit. If the criminals are to be brought to book it is simply not possible for many holding top positions in the government not to be included in that list. Thus, the logical conclusion is to not do anything practical for the elimination of crime.

However, what the government is learning everyday is that no nation is rich enough to pay the cost of lawlessness. The cost increases everyday and the worst is that the losses that come as a result of crime also increase every day.
Where does this leave the nation? That is the question that every Sri Lankan, whether they are part of the government or not, are faced with. Either pay more and more each day as the cost of lawlessness or find a decisive way out.
The killing of the policeman after kidnapping him and his companion is a glaring reminder of the nation’s sad fate.
The return to the rule of law is the question, to be or not be, for Sri Lanka.
# # #
About AHRC: The Asian Human Rights Commission is a regional non-governmental organisation that monitors human rights in Asia, documents violations and advocates for justice and institutional reform to ensure the protection and promotion of these rights. The Hong Kong-based group was founded in 1984.
Share
Facebook
Twitter
WhatsApp
Pinterest
Email