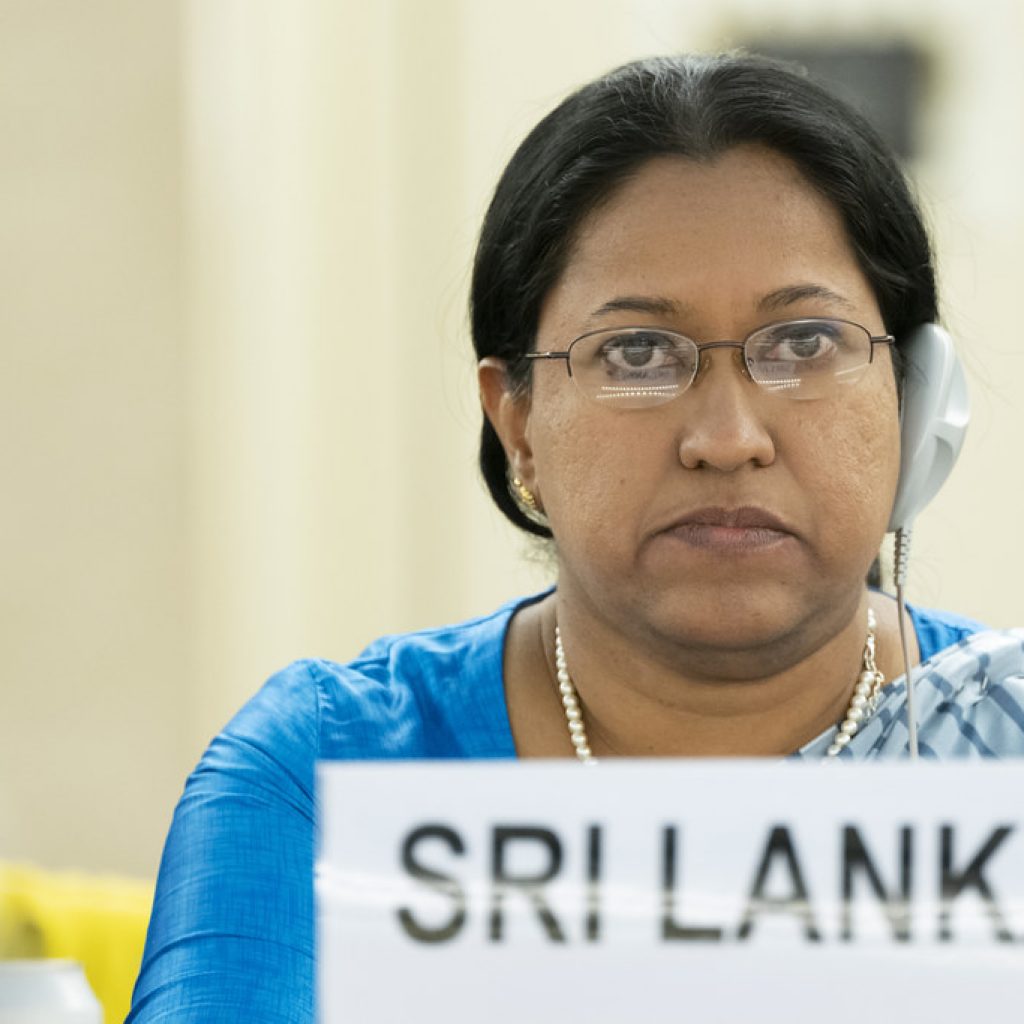 The government is being criticised by the UN Human Rights Council and foreign governments for a range of human rights violations including increased surveillance and intimidation of those seeking justice for their missing relatives and of human rights defenders who are supporting them.

“The surveillance and intimidation of victims, their families, human rights defenders, journalists and lawyers should cease immediately,” said UN High Commissioner for Human Rights Michelle Bachelet at the 45th session of the Human Rights Council.

Issuing a statement at the Council on behalf of the Core Group on Sri Lanka, which consists of Canada, Germany, North Macedonia, Montenegro and the UK, the UK’s International Ambassador for Human Rights, Rita French, said, “The Core Group said it continues to hear concerns about an increasingly difficult operating environment for civil society and human rights groups in Sri Lanka.

“Instances of intimidation, harassment and surveillance continue, including threats to families of disappeared persons. Individuals are detained indefinitely without appearance before court…” she said.

The Core Group expressed its strong solidarity with Sri Lanka’s civil society, and human rights defenders, and called on the government to take all steps necessary to allow them to operate freely.

The government responded with a statement by Acting Permanent Representative to the UN in Geneva, Dayani Mendis, who said that the government had already refuted the allegations and was committed to protecting and promoting freedom of expression and civil society space, and ensuring that complaints received on alleged attacks against journalists, human rights defenders and civil society were investigated and prosecuted.

“The prime focus of this government is to ensure national security, and to uphold the rule of law and order in the country for all its citizens, with the aim of creating an environment where any citizen can live freely without any fear for the safety of themselves and their families,” she said.

However, the situation on the ground, especially in the north and east, is a different reality to the platitudes given by the government.

“The government is trying to hide behind diplomatic niceties and technicalities in denying the deliberate attempts to intrude into civil society space and suppress dissent,” said human rights activist Ruki Fernando.

While the government urges people to take their complaints to the Human Rights Commission, the Commission is currently without a chairperson. The Office on Missing Persons also has no chairperson. If and when the 20th Amendment is passed, in the absence of the Constitutional Council, President Gotabaya Rajapaksa can appoint his nominees to fill both these positions without having to consult anyone else. His appointments cannot be called into question, no matter how unsuitable they may be.

“The introduction of a weak Parliamentary Council to replace the Constitutional Council is a retrogressive step. The President is only required to seek the observations of the Council. This in effect gives the President sole discretion to appoint persons to the superior courts and all the independent commissions. This will undermine their independence. The independence of the judiciary and commissions responsible for Elections and Human Rights are essential prerequisites for the Rule of Law and democratic and accountable governance,” said a statement on the 20th Amendment by the National Christian Council of Sri Lanka.

“People are too afraid to go and complain. When they do they face harassment and intimidation in the form of visits by the police and the CID, and their phones are being tapped,” said human rights activist Shreen Saroor, who works in the East.

She pointed out that the intimidation was not only physical but also entailed being compelled to produce stacks of documentation and accounts going back several years as well as the pressure to register under the Defence Ministry, which would subject them to further scrutinization.

In the past few months, officers of the Counter Terrorism Investigation Division have visited the offices of civil society groups in the North and in Colombo, subjecting staff to long hours (and sometimes several days) of interrogation, demanding documents and information, although the organisations have fulfilled their legal requirements under the law.

Executive Director of the National Peace Council (NPC), Jehan Perera, said its staff have been questioned by unidentified men and also by men in uniform while participants of its programmes have been questioned after the event. This applied particularly to the north and east.

Some of NPC’s partners have been called to Police Headquarters in Colombo for questioning without being told the reason for investigation or under which law they were being asked to answer the questions.

In Batticaloa in August, police tried to stop a march by mothers of the disappeared but they forced open locked gates and broke out into the streets to walk into town. Already traumatized by years of searching fruitlessly for their missing children, the women were subjected to random acts of cruelty. A policeman stood on one elderly mother’s foot with his boot for five minutes, causing her great pain. Another had the only photograph of her husband torn from her hands, never to be recovered.

In a recent statement, the International Truth and Justice Project said, “Young Tamil activists have been abducted, tortured and raped because of their involvement in the search for the truth about the disappeared in Sri Lanka. At least fifteen such victims have been granted refugee status in the UK alone since 2015…In the process of demanding justice, which they are entitled to, these families have been victimized multiple times – the responsibility lies fully with a State that has no interest in recovering the truth.”

In the absence of a reliable place to take their complaints, Sri Lankan citizens have been forced to appeal to international organisations. “We have received complaints from some persons stating that they are faced with threats of assassinations or being implicated on the basis of false charges, due to their involvement to ensure justice in the enforced disappearances cases,” said a spokesperson for the Asian Human Rights Commission based in Hong Kong.

“One such case is the abduction and disappearances case of 11 young children. The alleged suspects were those who held positions in the navy. Even those officers who investigated the cases are now facing serious threats, according to these complaints.

“We have been informed that those who fled are now been pursued. Various false allegations have been made against them with the intention of putting pressure on some governments to send these persons back to the country. The complainants see this as a trick to get them back with the aim of causing serious harm to them, for the purpose of erasing their evidence,” said the spokesperson.