SRI LANKA: The final nail in the coffin of the judiciary 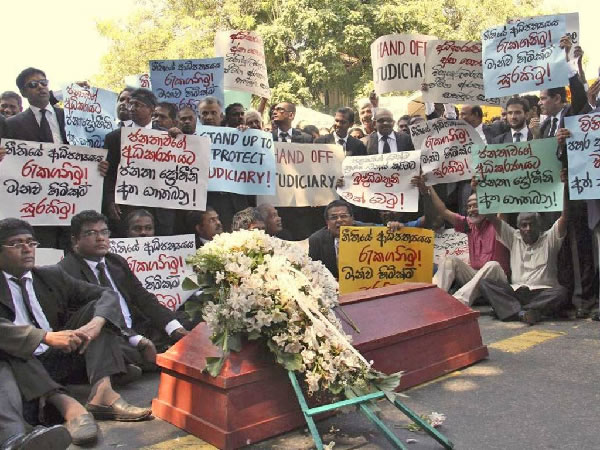 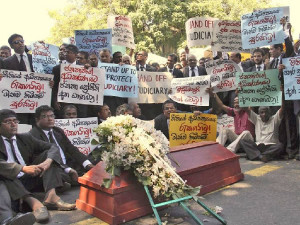 Kishali Pinto Jayawardene
For those of us who prefer to take refuge in comfortable illusions that this Presidency only hides a velvet hand in an iron glove (to mischievously twist that proverbial saying around), the motion of impeachment of the Chief Justice of Sri Lanka presented by 117 government MPs to the Speaker this week should dispel all such arrant foolishness.
Whether the government goes ahead with the impeachment or not, let it be clearly said that the final nail in the metaphorical coffin of the institution of the judiciary in Sri Lanka is already hammered in.

The fact that such a motion could have been brought at a time when a Supreme Court decision on the Divineguma Bill is due to be read out in Parliament, unequivocally spells out the government’s intention in subordinating the judiciary to its complete and utter control.

We can only rue what this means for the country, for the dignity of the legal system and for the integrity of the judicial branch of government, sadly battered as it has already been by the ravages of internal and external politicization particularly in the past decade.