Sri Lanka: The challenge is to turn national mourning into a call for coexistence and democracy 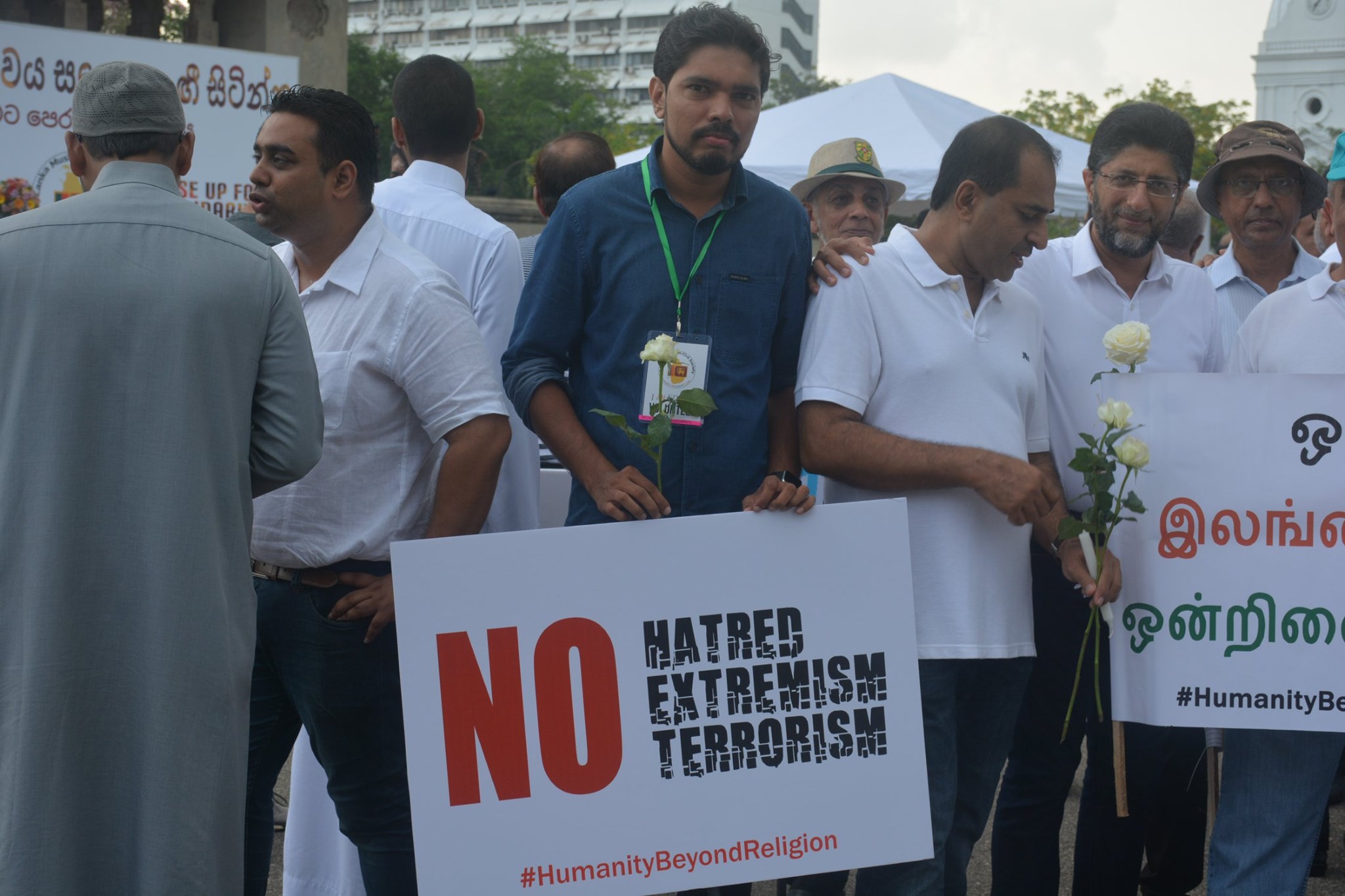 As reports about those behind the Easter Sunday attacks emerge, many questions remain about the motives of the extremists. The full picture of the formation of this extremist force and the objectives behind their heinous crimes may take time. However, they have succeeded in creating a spectacle of death, mayhem and fear.

I focus here on the historical backdrop and the broader consequences of these attacks. In the months ahead, the climate of fear will drastically shape the workings of the State, the political character of future regimes and relations between communities.

The political leadership in the country has descended into a blame game with this being an election year. The progressive forces committed to a plural and democratic society have a historical challenge before them, as Sri Lanka is on the verge of falling into the abyss of polarisation.

The Easter attacks have implanted horrendous images in the minds of Sri Lankans. The fallout can tear apart the body politic of Sri Lanka with political shifts similar to the US after September 11, 2001 and the July 1983 pogrom in Sri Lanka. The ‘war on terror’ in the US after 2001 led to the draconian USA Patriot Act, the detention and surveillance of Muslims and the institution of Homeland Security, undermining the democratic and liberal structures within the US. With many other countries sucked into the ‘war on terror’ coupled with the Bush regime’s military adventures in Afghanistan and Iraq, great social and political turmoil was created in West and South Asia, and fuelled extremist Islamist forces.

In Sri Lanka, the ‘war on terror’ manoeuvred an internationalised peace process between the government and the Liberation Tigers of Tamil Eelam (LTTE), by pushing for a deal between a so-called ‘failed state’ and a ‘terrorist organisation’. Eventually, as the peace process failed with heightened international engagement, Sri Lanka’s version of a brutal ‘war on terror’ cataclysmically ended the civil war with tens of thousands of lives lost in May 2009.

On the other hand, the armed conflict itself escalated following the government-orchestrated July 1983 pogroms where over 2,000 Tamil civilians were massacred. That pogrom over-determined the political economy of the country with an ethnic conflict over the next two and a half decades. Indeed, the Easter massacre leading to hundreds of casualties is loaded with dangers of religious forces entering the mix of a country historically fraught with ethno-nationalist tensions and conflicts. Polarised politics

Some actors are drawing parallels between the perpetrators of the Easter attacks and the LTTE. However, the similarities are limited to the LTTE’s use of suicide bombings and targeting of civilians.

The LTTE had a clear agenda of creating a separate state and worked to build a base within the Tamil community through a combination of separatist nationalist mobilisations, totalitarian control and ruthless elimination of dissent. The extremist Muslim youth behind the Easter attacks are a fringe group and their nihilist politics without a social base is one of divisiveness and isolation.

They have drawn as much on globally circulating contemporary technologies of terror as on the alienation of Muslim youth with rising global Islamophobia, but their politics are eschewed by the Muslim communities in Sri Lanka.

In this context, even though the attacks were mainly against Christian churches, the fallout may take unpredictable forms. Thus far, the Christian communities’ response has been restrained. However, chauvinist Sinhala Buddhist forces see these attacks as targeting state sovereignty and feel vindicated in their distrust of Muslims.

Their anti-Muslim campaigns have greatly influenced the Sinhala population’s prejudices against Muslims over the last decade; the Mahinda Rajapaksa regime stoked anti-Muslim violence and the Sirisena-Wickremesinghe government hardly addressed its continuation.

Even as reports of the perpetrators behind these harrowing attacks unfold, many international and national actors are projecting narratives to suit their geopolitical and power seeking agendas.

The number of international actors now providing assistance to confront ‘terrorism’ does not bode well given the disastrous history of internationalised engagement in Sri Lanka.

There are social and political dangers in projecting hasty solutions either removed from or with limited understanding of problems. While security in the aftermath of the attacks is a real concern, a solution solely focussed on militarised policing and surveillance is worrying.

For close to a decade, progressives have called for demilitarisation. However, the current state of Emergency with militarised check points and surveillance are further militarising the country.

In the weeks before the Easter attacks there was much discussion of repealing the draconian Prevention of Terrorism Act enacted in 1979, which in no small measure was linked to torturing and alienating Tamil youth during the war and Sinhala youth during the Janatha Vimukthi Peramuna insurrection. We are now looking into the black hole of a far severe legal and surveillance regime, with little discussion of its long-term impact on democratic freedoms.

In the panic and clamour for a security response, the ideological, economic and political ramifications of the current crisis are missed. Drawing on Islamophobic discourse, Muslims characterised as the ‘other’ are called to explain and take responsibility for the Easter attacks. There are escalating demands to ban madrasas and Muslim women’s attire without extensively consulting the Muslim community. As with the previous riots that targeted Muslim businesses, scapegoating Muslims for future economic problems is a real fear.

The fragile national economy is bound to decline with a major hit on the significant tourist industry. The July 1983 pogrom and the armed conflict brought tremendous disorder and isolated Sri Lanka at a time when its peers such as Malaysia and Thailand gained economically from major foreign investments. In these times of protectionism, an economic shock affecting international investment, capital flows and trade with Sri Lanka can lead to a national economic crisis.

Even more dangerously, an authoritarian anti-terrorist leadership is now the knee jerk call for the upcoming presidential elections. Predictably, the Rajapaksa camp gaining ground over the past year capitalising on mounting economic problems, is seeking further political gain out of this disaster. They claim only a strongman leader can redeem the country. They are projecting their role in decimating the LTTE as the solution for the current crisis. However, the defeat of the LTTE was about taking on a totalitarian organisation with a pyramidal military structure, where the decapitation of the leadership led to its end.

The challenge now beyond the immediate security concerns is mainly of social and political proportions. The attacks by extremist Islamist forces on the Christian churches can shift into conflicts that involve chauvinist Buddhist and for that matter Hindu reactionary forces. Hindutva in India, Buddhist extremism in Myanmar and the circulation of their ideologies and practices are imminent dangers for an already fraught Sri Lankan polity.

The liberal and left forces in the country, and the Sinhala intelligentsia in particular, have to find the courage and discourse to take on the chauvinist anti-Muslim rhetorical barrage. A likely casualty of the Easter attacks is going to be the rights of Muslim youth and the broader freedoms of the citizenry. The challenge before the country is to turn national mourning and grief into a call for co-existence and democracy.

The writer is a senior lecturer, University of Jaffna