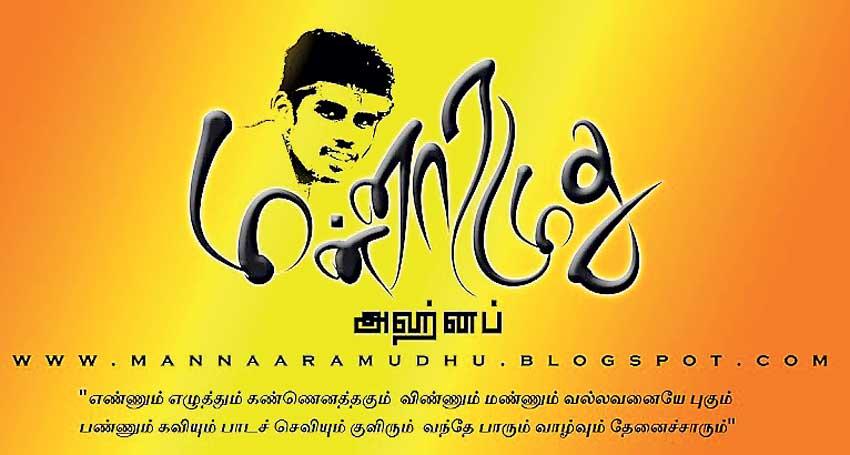 The lawyers appearing for Chilavathurai-Mannar based poet Muhammadhu Ahnaf Jazeem have been sounding the alarm on the Counter Terrorism and Investigation Division (TID) allegedly coercing the poet Ahnaf and his father, Abdul Gafoor Jazeem, into making incriminating admissions that corroborate the baseless charges the TID has arrested the poet upon, in exchange for the poets release.

Old tricks of the TID

Having failed at coercing the poet into making admissions of guilt, the TID has been determined to prove the poet guilty of the charges based entirely on conjecture on the TIDs part, and the TID Director had allegedly called upon Gafoor to visit the TID on 20 February 2021 and had advised him that, If he (Ahnaf) admits to what I say, I will make him a State witness and release him. Otherwise, he will be in remand for another 10 to 15 years.

A Fundamental Rights (FR) petition had been filed on 16 April 2021 on behalf of Ahnaf, with concerns for his safety inside the TID, a slew of FR violations that have kept him from having adequate and confidential legal counsel and for violations to his freedom of expression through arbitrary detention, which has disrupted his way of life.

Nearly a year in TID detention

The poet, who has now languished for approximately 345 days in the custody of the TID, was arrested on unsubstantiated allegations of being exposed to extremism, spreading extremism at a Puttalam based private international school called the School of Excellence, where he had been employed as a Tamil language and literature teacher since July 2019, and for purveying extremist ideology through a published anthology of Tamil poems of his own.

The anthology, Navarasam or the nine emotions, uses vividly descriptive language to convey messages of anti-imperialism, anti-war criticism of the Islamic State of Iraq and Syria (ISIS) and military authoritarianism behind the Rohingya genocide, artistically following the ancient style of storytelling called the nava rasa, delving into both complex and mundane subject matter such as the aforesaid, in Tamil. There are no signs of the advocacy of Islamist fundamentalism or extremism in his anthology of poems, which the State intends on incriminating the 26-year-old poet with.

The FR petition also mentions that it was recorded in the Criminal Investigations Department (CID)’s reports to the Colombo Fort Magistrates Court that a copy of Navarasam had been taken into Police custody on 3 May 2020, 13 days before Ahnafs arrest, which is enough time for the Police to have known the contents of the anthology. The petitioner, Attorney S. Devapalan, filing the case on behalf of Ahnaf, further states that those responsible for carrying out Ahnafs arrest and continued, indefinite detention are very well aware of the contents in the anthology.

One of Ahnafs lawyers, Attorney Sanjaya Wilson Jayasekera, said that during his lengthy detention under the Prevention of Terrorism (Temporary Provisions) Act (PTA), which has lasted for almost a year, Ahnaf had been produced before a Magistrate only once, by the TID, in compelling the poet to make the aforesaid incriminating admission.

During the said procedure, the TID had tried to, according to Attorney Jayasekera, force Ahnaf to get him to admit that he was exposed to Islamist extremism at his alma mater, the Naleemiah Institute of Islamic Studies, and that he had taught extremist ideology to students, while working as a teacher at the School of Excellence.

Attorney Swasthika Arulingam who is also appearing for Ahnaf claimed that the poet and his father were consistently mentally coerced by the TID officers into making incriminating statements, which were said to lead to the Police considering Ahnafs release.
Ahnaf was arrested under the sweeping powers of the deplorable PTA, which is notoriously known to be wielded for arbitrary detentions, without warrant, with regard to unspecified reasons of alleged suspicions of committing offences thereunder, for up to 18 months, before State officials may produce such an individual before a court.

The most common reason for the arrest of individuals under the PTA is by and large through guilt by association of an individual to a particular community they may belong to, particularly those belonging to minority groups who are more often than not, targeted with this Law, along with the International Covenant on Civil and Political Rights (ICCPR) Act, No. 56 of 2007, the Computer Crime Act and the Penal Code.

The aforementioned Laws continue to be propagated against the Tamil community and there has been an unmistakably steady increase in the targeting of those belonging to the Muslim community in the last few years, especially in the aftermath of the Easter Sunday terror attacks.

These arrests are typically carried out under no grounds of suspicion other than simply because an individual may belong to one of the said communities and unfortunately may be associated with those of the community whenever the Government may routinely direct its racist campaigns in its direction, in time for the General/Parliamentary Election or when it may seek to reaffirm its authoritarian nature.

Ahnafs arrest took place at a time when the State was desperately clamping down on the Muslim community, looking to scapegoat those of the community for the Easter Sunday bombings which was a heavy handed promise made to the voting public, based on which the existing regime with its regressive and despotic tendencies, was electe

In mid April 2020, the Police arrested one patron of the non-Governmental organization – Save the Pearls, who just so happens to be prominent human rights Attorney Hejaaz Hizbullah, who had appeared for several cases challenging the State and had represented the businesses of one Yusuf Mohamed Ibrahim, in District Court cases in the past too. The latter is another patron of the Save the Pearls, with charities in Puttalam, and is the father of two of the bombers responsible for the Easter Sunday attacks. Yusuf had stepped down from his duties as the Treasurer in 2016.

It is important to highlight that the School of Excellence in Azhar Nagar, in which Ahnaf had been employed as a Tamil literature teacher, had temporarily sought residence in a Save the Pearls owned building for its dormitory facilities.

Hizbullah has been accused of aiding and abetting the Easter Sunday bombers in 2019 and of engaging in activities detrimental to the religious harmony among communities, and lecturing extremism to children at Muslim madrasas (educational institutions focused on Islam) including the Al Suharia Madrasa school at Puttalam. Nineteen copies of Navarasam had been taken into custody by the CID from the Save the Pearls organization’s building where a hostel of the School of Excellence was temporarily housed. Obviously, poet Ahnaf is an innocent victim of the Government’s plan to fix Hizbullah in respect of the Easter Sunday terror attacks.

Further, the CID had, according to what has transpired at the Colombo Fort Magistrates Court, attempted to forge evidence to corroborate their unsubstantiated reasons for Hizbullahs arrest, by showing a picture of Hizbullah to children during clandestine interviews in which no parent or guardian were present with each child, asking them to identify him (Hizbullah) as the hate preacher at their School. The children have since filed FR petitions requesting that all recorded videos of the children giving statements which the children were coerced into signing and the notes taken by the Policemen during those interviews, be produced.

No Minister of Defence

It is also important to note that Ahnafs arrest, along with the arrest of Hizbullah and hundreds of other Muslims last year, came at a time when the current regime was in a transitional process; which meant that there was no official appointment to the post of the Minister of Defence by the new Government until 26 November 2020. According to the so called law, the PTA, directives or detention orders to arrest individuals are to be approved by the Defence Minister therefore, this move on the regimes part would not have been permissible during the said time period and the wave of detentions were not ostensibly Constitutional on the States part either.

Putting the spate of arrests of Muslims from last year into perspective, it is incontestable in the proceedings that the regime was painstakingly bent on scapegoating those it deems are dispensable to it, unwitting Muslims who have no links to the terror attacks, as those responsible for the attacks that had cost the lives of 269 people.

While there has been no element of extremism in the said anthology of poetry, contrary to the unfounded allegations of the Police, strangely, the Colombo Fort Magistrate had however forwarded a sworn translation of Navarasam to be evaluated by child psychiatrists from the Lady Ridgeway Hospital for Children.

One commentator and activist who had voluntarily translated a few poems of Ahnafs for the publication of them online was Ramzy Razeek, a retired Government servant, who had also been one of the many other Muslims arbitrarily detained last year under the equally reprehensible ICCPR Act. He was fortunate enough to be released five months into his detention, being targeted with similar baseless charges of advocating for extremism through a Facebook post of his, in which he stated that Muslims should carry out an ideological jihad (struggle) with the pen and keyboard, in the face of the surge of Islamophobia that had taken root in mainstream Sri Lankan media, in the wake of the Coronavirus pandemic. With regard to the poems, Ramzy said that, (Ahnafs) poems are heavily critical of Islamist extremism and extremist ideas,, adding that the few poems on the war in the anthology that supposedly led to Ahnafs arrest, were in fact, condemnations of war and a calling for readers and the society as a whole to deplore it.

Commenting on the ongoing witch hunt to prosecute unsuspecting Muslims with unfounded accusations, Attorney Jayasekera called it an, attempt to criminalise Islamic culture, educational institutions and writing in a way that isolates the Muslim community. He further said that the Government has been implementing its divisive mechanisms such as the aforementioned draconian laws at hand along with the Police, court systems and prisons to subjugate those of the working class, preventing any united struggle that would cut across all racial divides against the Government’s austerity and counter-revolutionary measures. However, he further said that, “this is an international phenomenon,” and “requires a broad and united political struggle of the working people to defend their democratic rights on an internationalist and socialist perspective”.

Since Ahnafs arrest on 16 May 2020, when he arrived home in Pandaraweli from buying rations before the next State imposed curfew from the nearby Town of Nanattam, the poet has been transferred to the TID in Colombo and in the meantime has been subjected to torture and inhumane conditions which have compromised his physical health and well being. According to Attorney Arulingam who had been briefly permitted to meet Ahnaf, he had stated that he had been constantly handcuffed to a chair and handcuffed to a table even during sleep even though he had requested that his handcuffs be removed while he may sleep.

The FR petition further states that Ahnaf has even been physically compromised to endure being bitten by a rat and has suffered from bladder stones and skin rashes, owing to the unhygienic conditions inside his detention cell.

The FR petition seeks that leave to proceed may be granted, along with release and compensation for the rights violations that have impinged on his freedom of expression and fundamental rights as an individual arbitrarily held in State custody.

(The writer is a freelance journalist)
The Morning